How Bettendorf Became a Destination for Biking and Walking 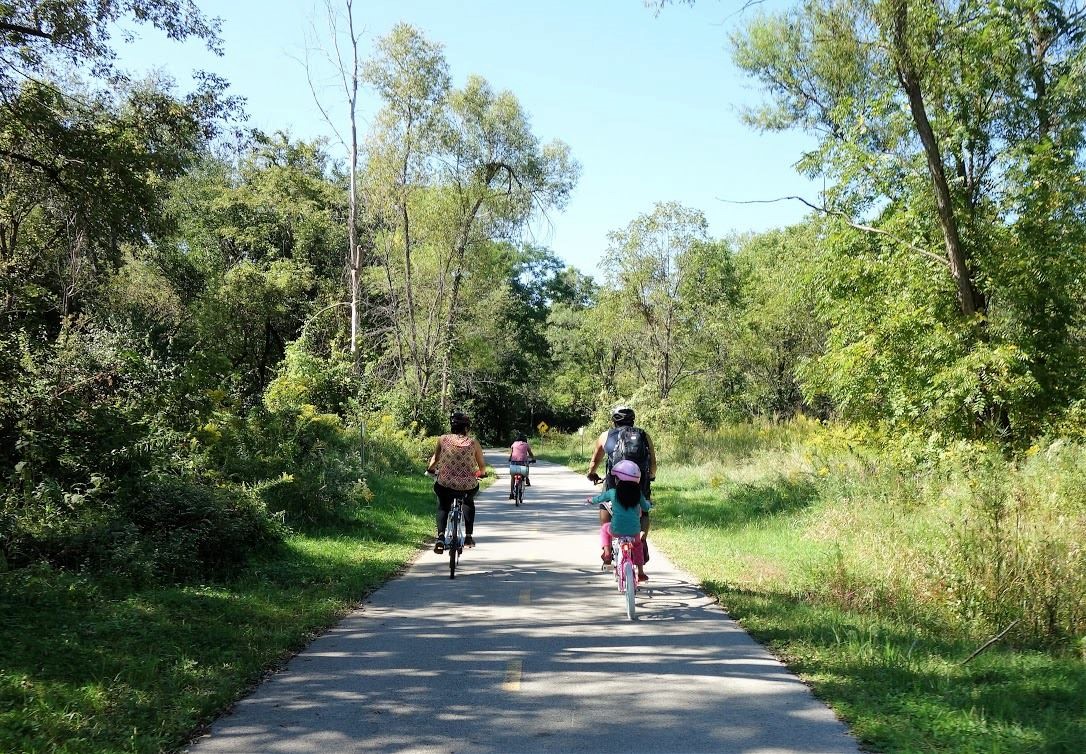 A community would consider itself lucky to have one national trail system passing through. But to be a stop on two national hiking routes is unique. Bettendorf, Iowa is a key intersection between two trails, one that spans from the Atlantic Ocean to the Pacific Ocean and one that spans the entire Mississippi River.

Being in a location between two national hiking routes helped to establish Bettendorf’s regional reputation as a destination for biking and walking. But City leaders’ commitment goes much deeper than that.

“Our recreation trails, separated trails, and the bike lanes provide multiple benefits that include alternative transportation, recreation, fitness, and community connectivity,” said Lauran Haldeman, Bettendorf Public Information Officer. “This is an important commitment to enhancing the quality of life in Bettendorf, and making our community the type of place people choose to live in.”

“Bettendorf has a long history of innovation. We've been partnering with them to conduct The NCS biennially since 2006,” said Damema Mann, Director of National Engagement for Polco/National Research Center. “Their commitment to listening to residents and taking action to continue to improve the excellent quality of life in the city is inspiring.” 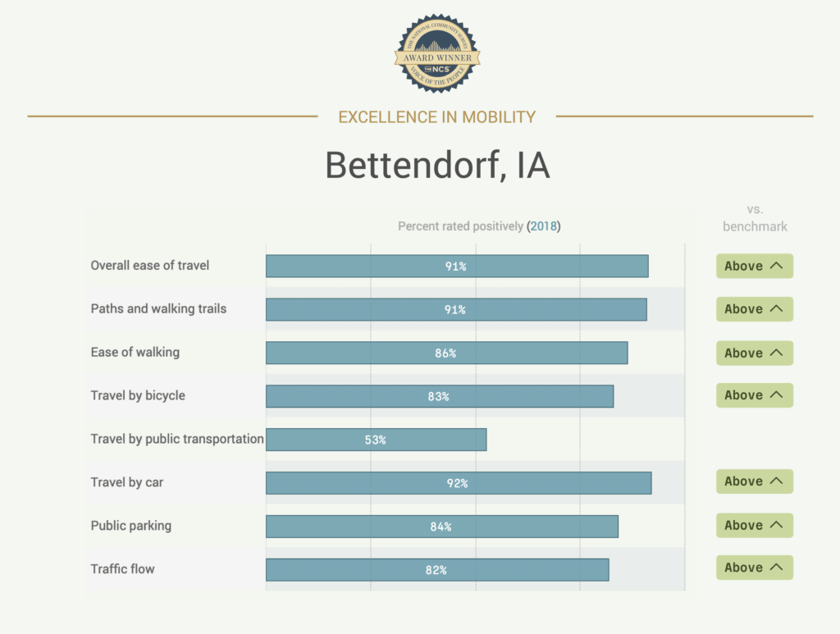 For its efforts, Bettendorf was awarded the 2019 Voice of the People award for Excellence of Mobility. This is the only national award that honors local governments based on feedback from residents. The award is presented by National Research Center (NRC) and the International City & County Management Association (ICMA). This award acknowledges local governments that have the highest ratings on The NCS and that take the best actions on behalf of their communities.

In the early 1980s, Bettendorf built its first recreation trail along a local waterway. Since then, the City continues to expand transportation options for its residents.

The City regularly reviews The NCS data to plan for expansion of recreation trails. City leaders thoughtfully plan to connect amenities such as churches, schools, parks, shopping, and key destinations. Over the past decade Bettendorf has expanded or developed approximately 13 additional miles of new biking and walking trails.

More recently, Bettendorf’s leaders have begun to focus on alternative transportation options for commuting, such as bike lanes and trails that follow major roads but are separated from traffic.

“Trails in Bettendorf have traditionally been for recreational and fitness purposes, although significant efforts have been made toward the connectivity of the trail system to enhance their ability to serve as an alternative transportation mode,” Haldeman said. “Residents have become more aware of various environmental impacts from other transportation modes and there has been an increase in commuter cyclists in the community.” 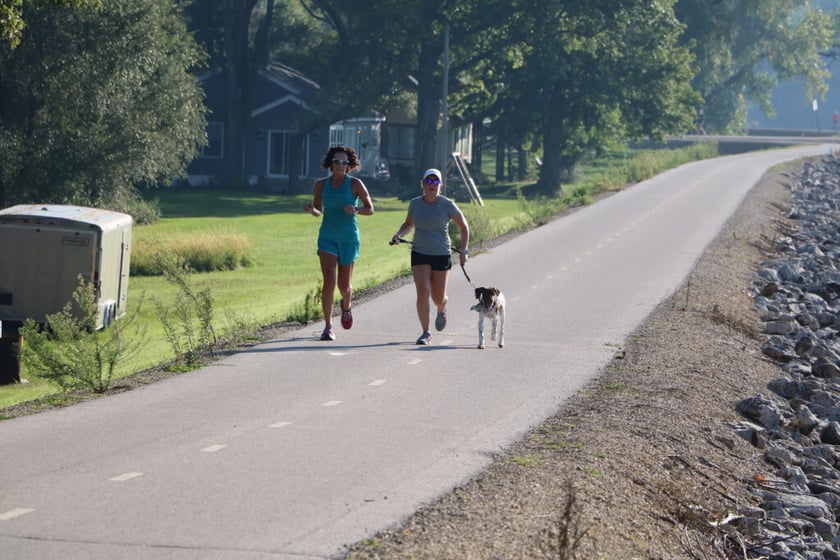 The City even considered biking and walking options when planning a new interstate highway bridge. The bridge will include a multi-use concrete trail and large elevator to provide pedestrians and bicyclists direct and easy access to the trail that connects Bettendorf’s riverfront to a nearby City’s downtown. This multi-use trail is one of only a few on an interstate highway in the nation.

Bettendorf’s leaders know that it’s not enough to just build trails. They also encourage residents to use them.

The City recently hired a Trails Coordinator and formed a Trails Committee to support people to use trails, bike lanes, and other forms of active transportation.

The Committee hosts monthly Walk and Roll events, which celebrate the parks and trails throughout Bettendorf. Participants join in park-specific activities for all ages and enjoy free ice cream.

Looking Toward the Future

As Bettendorf’s leaders look towards the future, they plan to engage the Trails Committee in revising the City’s long-range Trail Plan. The plan paints a vision for how and where trails should expand and takes into consideration cost estimates and right of way needs.

The City continues to monitor The National Community Survey responses as well as other resident surveys to help focus future improvements.