Flower Mound Experiments With How To Make Meetings More Interactive 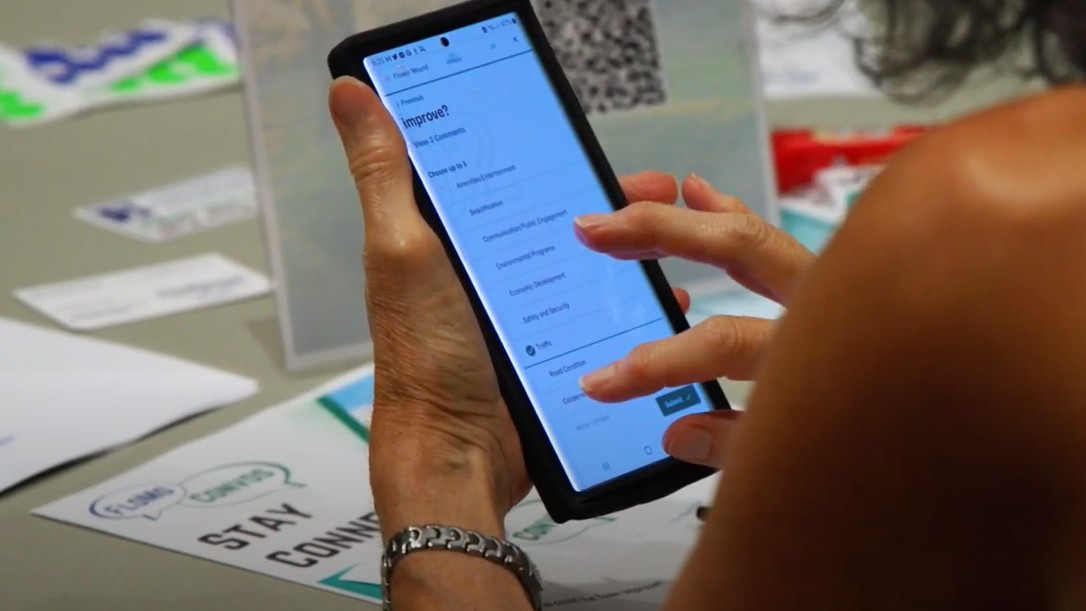 The Texas town learns how to make meetings more interactive with Polco Live.

The Town of Flower Mound, Texas, used real-time polling tool Polco Live to make meetings more fun and participatory. Polco Live gives leaders the ability to survey attendees during a meeting, which encourages participation and reveals instant results. The tool empowered the Town to engage with more residents in a new and innovative way with a series of meetings called FloMo Convos.

How to Make Meetings More Interactive With Polco Live

The Town launched FloMo Convos as a community engagement experiment. New Town Manager, James Childers used the meetings as a way to get out into the community and have one-on-one conversations with residents.

“We wanted to listen to the community. We wanted to understand what [services] they wanted,” said JP Walton, Strategic Services Manager.

To provide an opportunity for more residents to attend, they hosted a series of four meetings on four different days and at different times of the day. Around 20 people attended each meeting.

The structure of the FloMo Convos started with real-time survey questions using Polco Live. Residents used their phones to respond to polls posted by the Town. Questions included, “What do you love most about Flower Mound?”, “What do you want Flower Mound to be known for?”, and “in what area could the Town improve?”

Setting up the questions on Polco Live was intuitive. Walton said he learned through experimenting with the tool and making a few test surveys.

“It’s a lot easier than you think. It is pretty simple,” he said. “We’ve enjoyed it.”

Participants could then immediately see the collective results.

“With the live survey, a lot of people loved it,” Walton said. “It‘s interactive. It makes it new.”

After the Polco Live survey, residents split up into focus groups facilitated by a Town staff member to discuss the questions further. If someone thought more parks and recreation options were the most important, how might they go about improving that specific concern? From there, the participants received stickers to put next to a list of infrastructure, quality of life, and public safety priorities.

The conversations revealed that residents enjoy the quality of life in Flower Mound. Community members care about trees and nature preservation, and are concerned about traffic. They also stated they want a more walkable city and more entertainment opportunities.

“When we went into this process, we didn’t have any expectations. This was truly a proof of concept. We just wanted to try something different as far as public engagement goes, and so the level of engagement is what really floored me,” Childers said in a YouTube video about FloMo Convos. “Everybody who attended walked away and said ‘man, that was fun!’ and that’s what you want to hear. Because if you can get folks engaged and they’re having fun, that’s a win there.”

Childers said the experiment helped inform some of the Town’s strategic decisions and present new ideas to the council.

“A lot of times when plans get to council, they are already baked. It’s not very helpful to get feedback on a finished product, so we would love to use [engagement] more along the way,” Walton said.

Live surveying will continue to be a part of that engagement due to the  success of FloMo Convos.

“It’s been good for us. Not only to spice up some initiatives, but on the back end, I got all that data and I have a reporting tool if anyone wants to ask questions and see it,” Walton said. “It's as simple as pushing a button and getting it out, so we’ve loved it.”