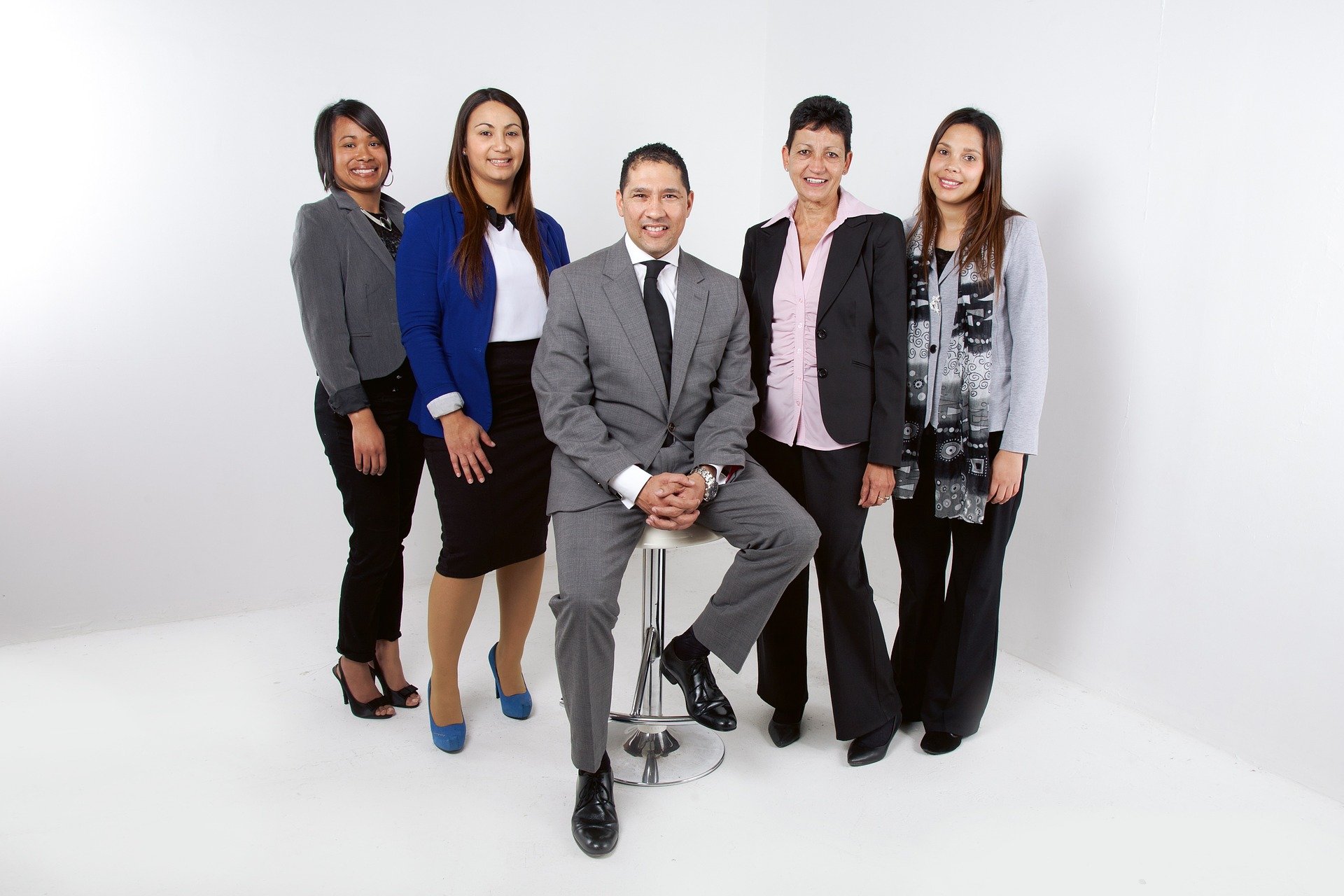 Many jurisdictions hire independent firms to track resident perspectives about community quality of life and service delivery. However, when it comes to monitoring the health of the local government workforce, assessment is less consistent. Paying more attention to understanding residents and less attention to knowing about your work force is a little like planning a road trip by plotting your route but forgetting to check the oil.

Lately, Government Management Daily is filled with reports about how federal government employees view their work life. The apparent obsession with employee views comes in a spurt each year during assessment season when the opinions of almost 400,000 federal employees in the Federal Employee Viewpoint Survey (FEVS) are made public. The reason the reporting makes such good copy is that government managers – the target audience for the Daily – understand the importance of knowing how well tuned the government machinery is. The lay press tells us that the elected part of the federal engine – the electronic stability control – is, as we say in the vehicle maintenance business, “whacked,” but the work health of the staff hired to move the ship of state forward – the pumps, transmission, pistons and spark plugs, if you will - is harder to come by. Unless you ask the employees themselves.

To answer that question we examined the Federal Employee Viewpoint Survey and mapped a few critical questions to the questions asked on The NES. Both surveys have results from thousands of employees – feds in the case of the FEVS and local government in the case of The NES.

We found the expected condition for two of the four questions asked – sentiment at the federal level was not as good as sentiment at the local level - federal employees gave lower ratings to overall satisfaction and knowing what is expected of them at work than did local government employees. However, for compensation and being treated with respect, federal employees gave higher ratings as can be seen in Figure 1. 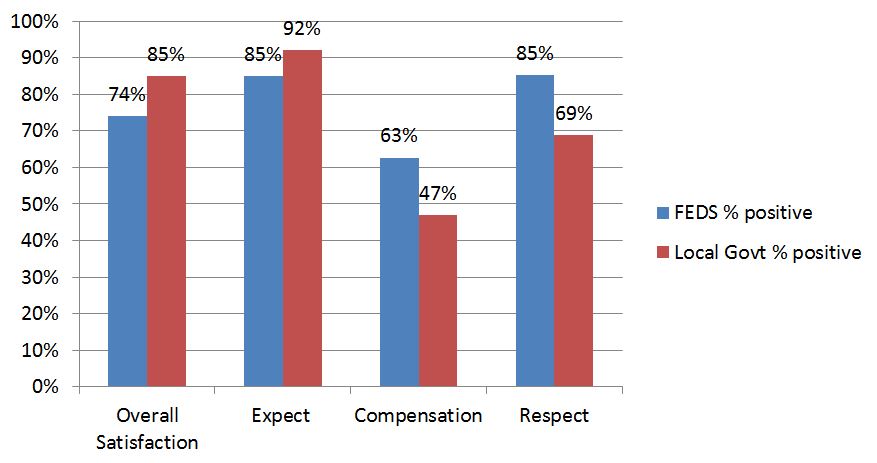 The differences are big and make sense. In smaller organizations (government or business) it is more likely that staff will know what is expected of them and find greater satisfaction. It’s also true that local jurisdictions cannot pay as much as the federal government, so satisfaction with compensation would be greater in federal agencies. As to being treated with respect, it is not obvious why local government employees would report lower ratings.

One thing is obvious, tracking changes in federal employee ratings of their workplace is key to managers who react to the survey findings and set targets and programs to address declines  or maintain improvements . The lesson for local government managers is that measuring performance over time is not an enterprise just for internal systems or resident opinion. Knowing how your employees feel about the workplace is key to keeping services strong for your residents, raising satisfaction among your elected officials and strengthening success for your own future.

The NES is a customizable, turn key survey for local governments and other organizations to assess the work climate of their employees. Questions on The NES cover the areas of job satisfaction, supervisory relationships, work group collaboration and cohesion, employee productivity and development process. Additionally, The NES measures the quality of the work environment, organizational communications, organizational structure and effectiveness and the quality and timeliness of internal support services. Learn more about The NES here.

[1] Question wording and response options varied somewhat between the two surveys. For example -  Fed: Overall satisfaction (#69) “ Considering everything, how satisfied are you with your job? Very Satisfied, Satisfied, Neither satisfied nor dissatisfied, dissatisfied, very dissatisfied.”; NES: (#8a) “Overall, I am satisfied with my job, strongly agree, somewhat agree, somewhat disagree, disagree.” Because the NES had no neutral middle option, the percent of Federal employees choosing the neutral middle (neither satisfied nor dissatisfied) was split so that half were allocated to the “satisfied” category and half were added to the “dissatisfied” category before comparing the sum of the Fed percentages, “very satisfied and satisfied” to the NES percentages, “strongly agree and agree.”