The Real Winners of the Voice of the People Awards

Each year, National Research Center, Inc. (NRC) presents the Voice of the People (VOP) Awards in collaboration with the International City/County Management Association (ICMA).  As the only awards given in local government based on community opinion, the implications are profound.

Morgan Adams, NRC Survey Associate, says that acknowledgement can encourage governments to truly listen to their residents.  “It’s essential for governments to get a pulse on how their residents feel in order to make the best decisions for their community as a whole.”  Adams points out that these insights are the real prize for governments looking to take positive action, and the VOP awards are just the cherry-on-top.

How to Win a Voice of the People Award

The VOP awards are given for Excellence and Transformation in community livability, based on The National Citizen Survey™ (The NCS™) performance.  “We look at residents’ different opinions on government performance and their services, how residents are feeling about the delivery of those services and how they’re feeling about the community in general,” Adams explains.  This year raises the stakes:  only jurisdictions that take action to improve their communities can win.  “Rather than just saying they value their residents’ opinions, they are actually using that feedback.”

When looking over nominee applications for the VOP awards, Adams assesses both resident ratings and local government initiatives.  She looks for specific actions that may have led to the ratings.  What import is placed on resident feedback?  Are The NCS results used to make residents happy?  Will governments continue to listen to their residents in the future? 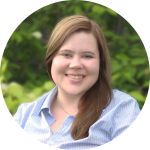 “It was very special to hear that those governments do actually care about how their residents feel … They are not separating government from the people, they are making it a government for the people.”

Duluth, MN was one city whose story makes an impression.  Like many cities, they struggled to recover their economy after the recession.  So they turned to resident feedback to find the answers they needed.  “They focused on what the residents wanted and started to bring those businesses into town,” Adams recounts.  “And now Duluth has one of the most booming economies in the nation.”

Who Benefits in the End

NRC has found that awarding communities for listening to their residents helps bolster engagement.  “We see an increase in The NCS response rates and people wanting to give their opinions when they believe their government is actually going to listen to them.”

NRC administers The National Citizen Survey on behalf of participating local municipalities to a representative, scientific sampling of the populace.  As busy as that populace is, taking a survey may be the last thing on peoples’ minds.  But Adams encourages residents to take a few minutes to make sure their voices are heard.  “It’s the same thing with voting,” Adams notes.  “Even if you don’t think that your one vote matters, a whole group of you do matter.”  NRC recognizes that the residents are the most important link in The NCS chain.  Adams says, “They are the very reason that the Voice of the People Awards exist.  What matters are their feedback and their governments caring.”

When communities listen, engage and make lasting improvements, the people that live within them win.