How La Vista Transformed Its Downtown from Abandoned To Vibrant 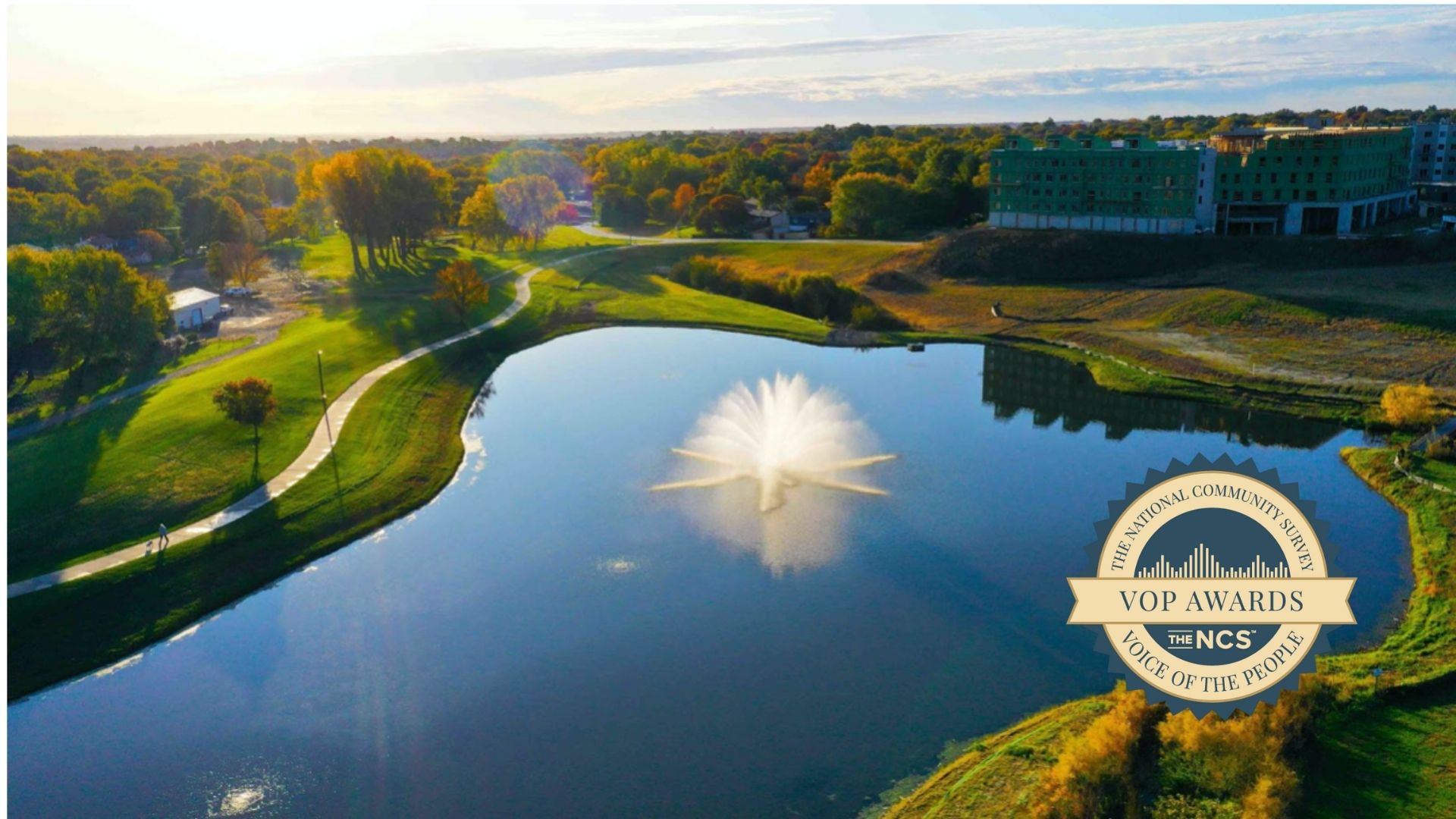 For several decades, 84th Street in La Vista, Nebraska had been a bustling street of storefronts, restaurants, and grocery stores. Over time, though, changing trends in retail meant a number of national department stores on the street closed. When the Wal-Mart and last grocery store closed on 84th Street by 2008, the former economic engine of the City sat abandoned.

City leaders listened to resident feedback and resolved to once again transform the corridor into a vibrant destination.

“The goal of the transformation of 84th Street is that it would not only provide for economic resiliency in La Vista, but also that it would create a sense of place for the community,” said Brenda Gunn, City Administrator.

The data shows residents are pleased with the development. The City of La Vista regularly conducts The National Community Survey (The NCS) to gather feedback from community members. From 2016 to 2019, residents have become much more satisfied with overall quality of new development; land use, planning, and zoning; and overall design and layout of residential and commercial areas.

La Vista’s leadership has been recognized with a 2020 Voice of the People Award for Transformation in Built Environment. This is the only national award that honors local governments based on feedback from residents. The award is presented by Polco / National Research Center (NRC) and the International City & County Management Association (ICMA). This award acknowledges local governments that have significantly improved their ratings on The NCS and that take the best actions on behalf of their communities. 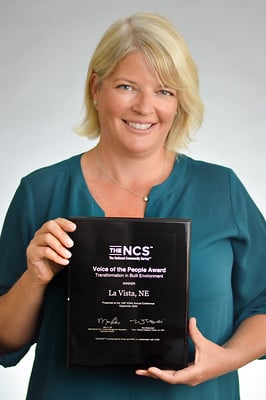 Vision 84
To transform their downtown, the City involved residents in planning.  In 2014 voters approved an additional half-cent sales tax to be used for the redevelopment efforts. Then in 2017 and 2018, many residents provided feedback on the streetscape planning process.

The result of all the planning is Vision 84, which provides a guide for the creation of the development. The development features apartments, office space, neighborhood retail, dining and entertainment space integrated with public gathering spaces. As part of Vision 84, developers are also in the process of transforming a former golf course into a central recreation area with a large lake and new trail system. Finally, the crowning jewel of the redevelopment effort will be a state-of-the-art indoor/outdoor music venue in the City Center next to the park.

To support the new development, The City has also constructed public infrastructure improvements in the redevelopment area. These upgrades include sewer and street upgrades as well as a public off-street parking facility.

La Vista leaders are still in the process of finalizing the project.

“This corridor runs through the heart of our community and is one of the most visible and accessed areas of our City. Residents wanted better for our community. We are proud of the results of their feedback,” said Gunn.