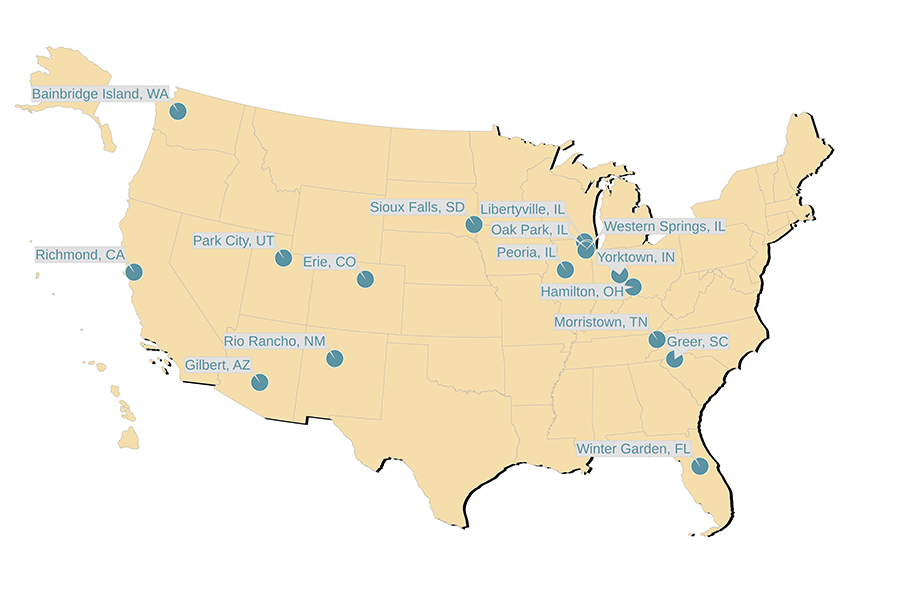 Each year, local government excellence and change-making are recognized with The Voice of the People (VOP) Awards. Presented by National Research Center, Inc. (NRC) in collaboration with the International City County Management Association (ICMA), these are the only awards given in local government based on the opinion of residents. Jurisdictions are nominated based on the highest resident ratings from The National Citizen SurveyTM (The NCSTM).

The VOP Awards categories include Excellence and Transformation in multiple facets of livability: Safety, Mobility, Natural Environment, Built Environment, Economy, Recreation and Wellness, Education and Enrichment and Community Engagement. The awards for Excellence recognize communities that received top marks from residents. The awards for Transformation reflect communities that have seen an upward trend in resident ratings over time.

While the Voice of the People Awards exist to nationally acknowledge positive impact, they also inspire other jurisdictions to achieve higher standards of practice. “The Voice of the People Awards are not only great for those communities that excel in certain categories, but also for the communities that want to make a lot of improvements from survey year to survey year,” said NRC Survey Consultant Morgan Adams, who has judged previous iterations of the VOP Awards. “We really like to see improvement. We like people to integrate their results and really push to make their communities better.”

The Voice of the People Awards have recognized best local governing practices for 9 years. NRC judges found this year’s applications to be engaging, informative and showcase pride in community improvements. “Nominees submitted well-produced videos, vibrant slideshows and passionate descriptions of their best initiatives. I was happy to see what makes each community uniquely successful. The whole process from start to finish was very inspiring,” said Erin Dixon, NRC Social Media Coordinator and current VOP judge.

“I was pleasantly surprised by the creativity of the programs our winners had implemented. It was obvious to me how much they cared about their residents. I congratulate all the winners and finalists and encourage them to continue doing great things in their communities, not just for the awards, but to make the lives of their citizens better in the long run,” commented Angelica Wedell, NRC Marketing Manager.

The 2016 Voice of the People Awards will be given to winners and finalists at the 102nd Annual ICMA Conference in Kansas City, Missouri September 25-28. NRC President Tom Miller will lead a special session with a panel of past Voice of the People Awards winners to share their secrets to success and best practices. The panel will include Douglas Schulze of Bainbridge Island, Washington, Jeff Calentine of LaVista, Nebraska and A.J. Johnson of Urbandale, Iowa.

In total, 16 jurisdictions have been selected as recipients of the 2016 Voice of the People Awards.  After they are unveiled at the ICMA Conference, visit www.n-r-c.com/category/vop/ in October to see the complete list of VOP Awards winners and finalists.