It would be easy for local leaders to grow complacent in Clive, Iowa. After all, 98% of residents said they recommend Clive, Iowa, as a place to live according to The National Community Survey (The NCS). The NCS measures resident satisfaction in different areas of the community, such as the economy, natural environment, mobility, and more. Despite the high approval ratings,Clive’s leaders refuse to rest on their laurels.

“We strive to be better, no matter how happy our residents are,” said Pete De Kock, Assistant City Manager for Clive. “We hope to improve by being strategic in two ways. First, we identify and provide resources for the reinvestment of the City’s infrastructure. Second, we maintain and enhance the City’s rigorous, yet fair development process as the City continues to grow and redevelop into the future.”

The City regularly conducts The National Community Survey (The NCS) to gather feedback from residents, starting in 2012.

Survey data shows that Clive’s residents rate all aspects of community design higher than the national benchmarks, including a 95 percent positive rating for Clive as a good place to live. Community design refers to building a neighborhood that benefits people, whether through zoning laws, affordable housing, access to parks, and other aspects of livability. 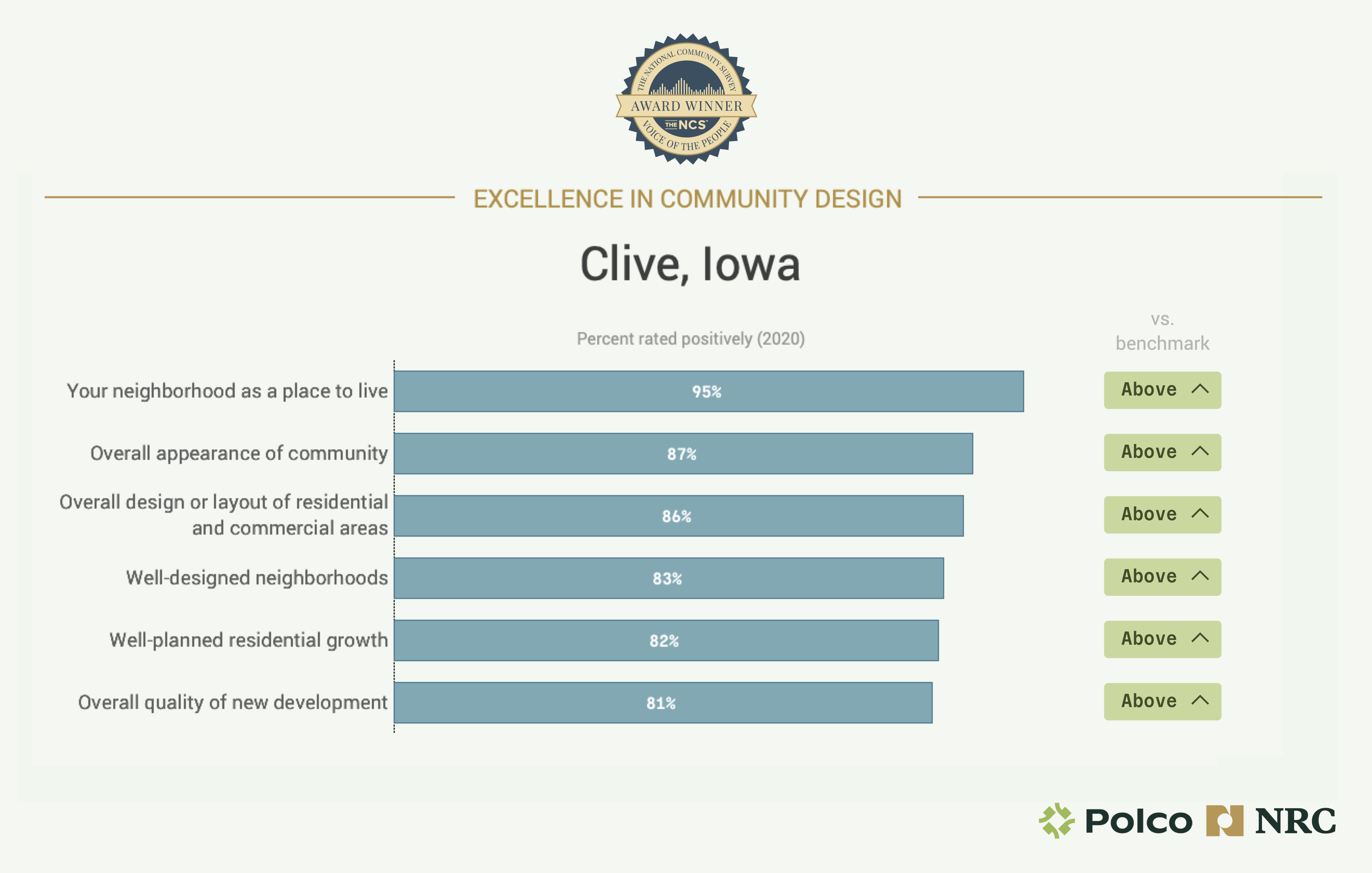 For its efforts, Clive received the 2021 Voice of the People (VOP) Award for Excellence in Community Design. Presented by Polco / National Research Center and the International City and County Management Association (ICMA), the VOP is the  only national award that honors local governments based on feedback from residents. The award acknowledges local governments that demonstrate excellence in community engagement, or received the highest or most-improved ratings on  The NCS.

“Clive is a leader when it comes to the look and feel of the built environment of the community. They have been able to improve so much through engaging their community members,” said Damema Mann, Director of National Engagement for Polco / National Research Center.

For example, Clive uses gravity sanitary sewers, which do not require life stations or force mains. This type of sewer limits the stress on the City’s sewer system. In addition, staff test every water control valve in the City’s water system every year to ensure those critical valves are functioning properly. This is much more frequent testing than most communities do nationwide. Clive’s leaders believe investing in infrastructure pays off in terms of residents having continuous and well-running sewer, water, and electric systems.

Clive’s vision is to be a “beautiful and safe City with great residential neighborhoods.” This vision guides leaders' approach to development. Clive leaders use their vision statement and strategic documents to educate potential developers about the City’s development expectations. These expectations include integrated street design, native vegetation, attractive landscaping, subtle signage, variety of architecture, and thoughtful material usage.

Zoning and development agreements ensure these requirements are legally binding and carry forward to future owners of the developed property. Residents show their support for the City’s development requirements through their high ratings on The NCS related to land use, zoning, and code enforcement.

The City focuses on improving green space, too. A  long greenbelt park and trail system connects the City of Clive. The City leverages the greenbelt as a key property value asset. Many residential neighborhoods and businesses connect to the trail system.

“Even though the Clive Greenbelt has been a key feature of the community’s built environment for many decades, City leaders understand they need to continue to reinvest in this key asset to ensure the City is able to meet the resident’s high expectations for the City’s built environment into the future,”  De Kock said. 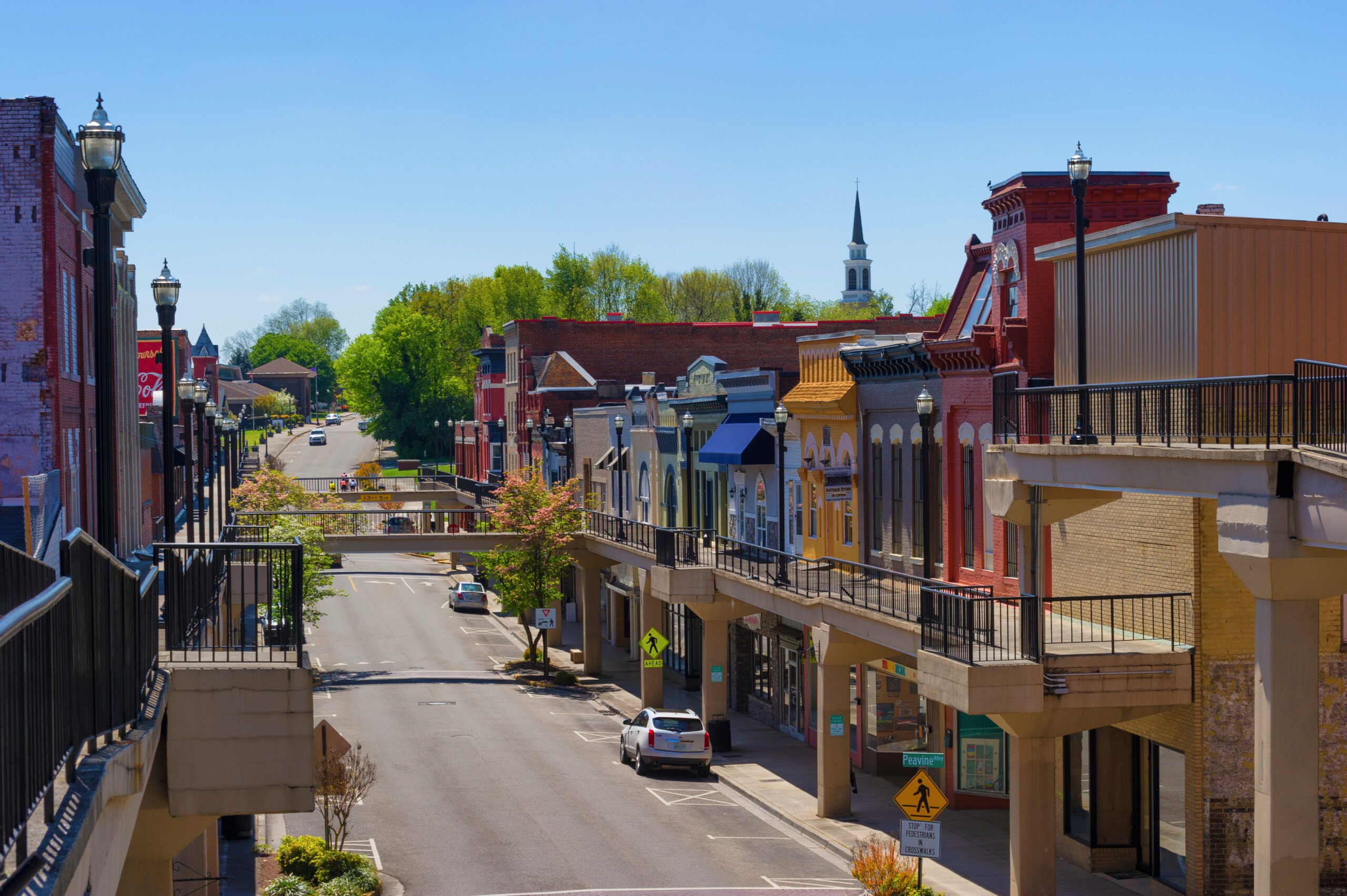 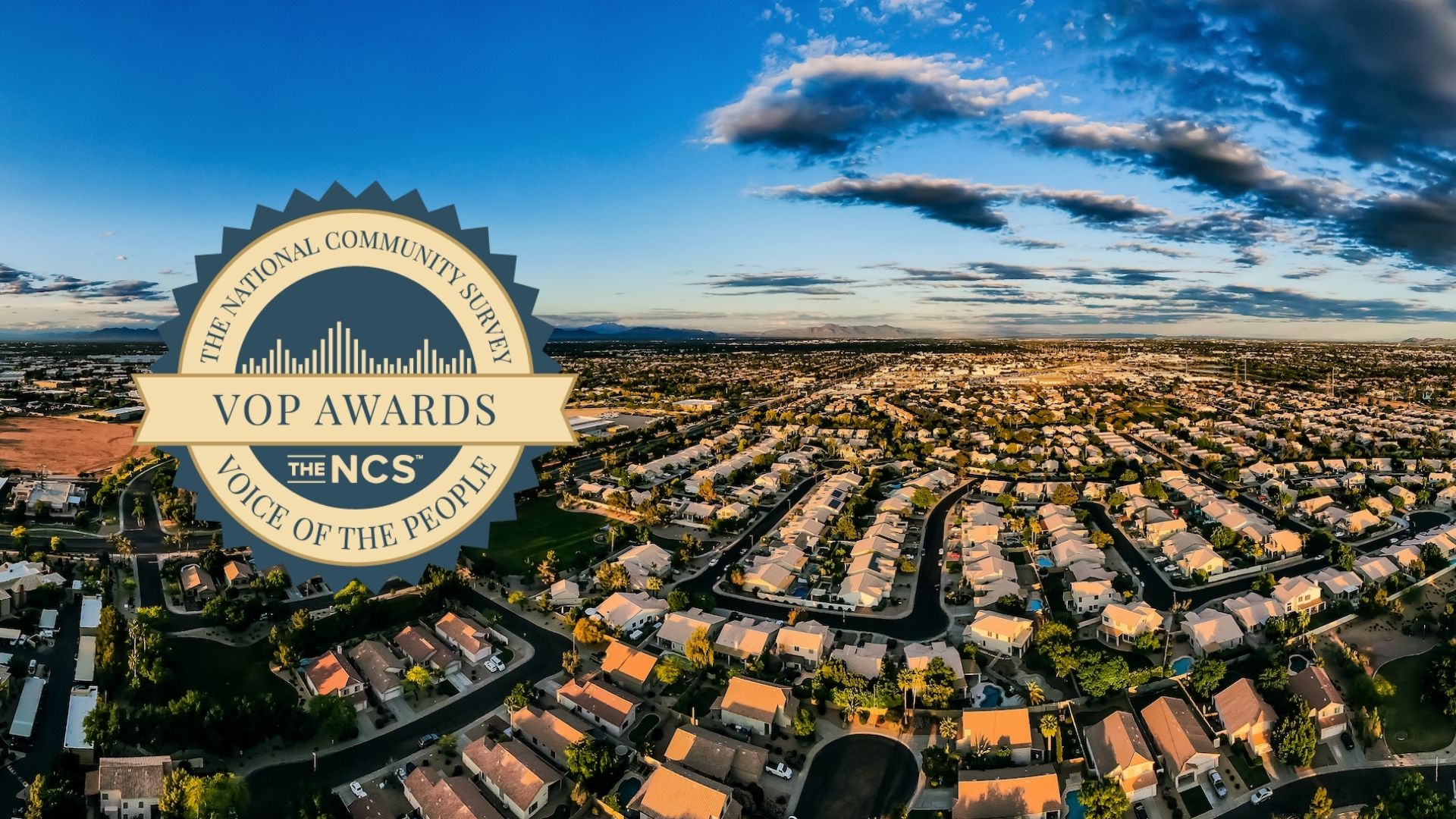 July 15, 2021 2 min read
How La Vista Transformed Its Downtown from Abandoned To Vibrant

How La Vista Transformed Its Downtown from Abandoned To Vibrant