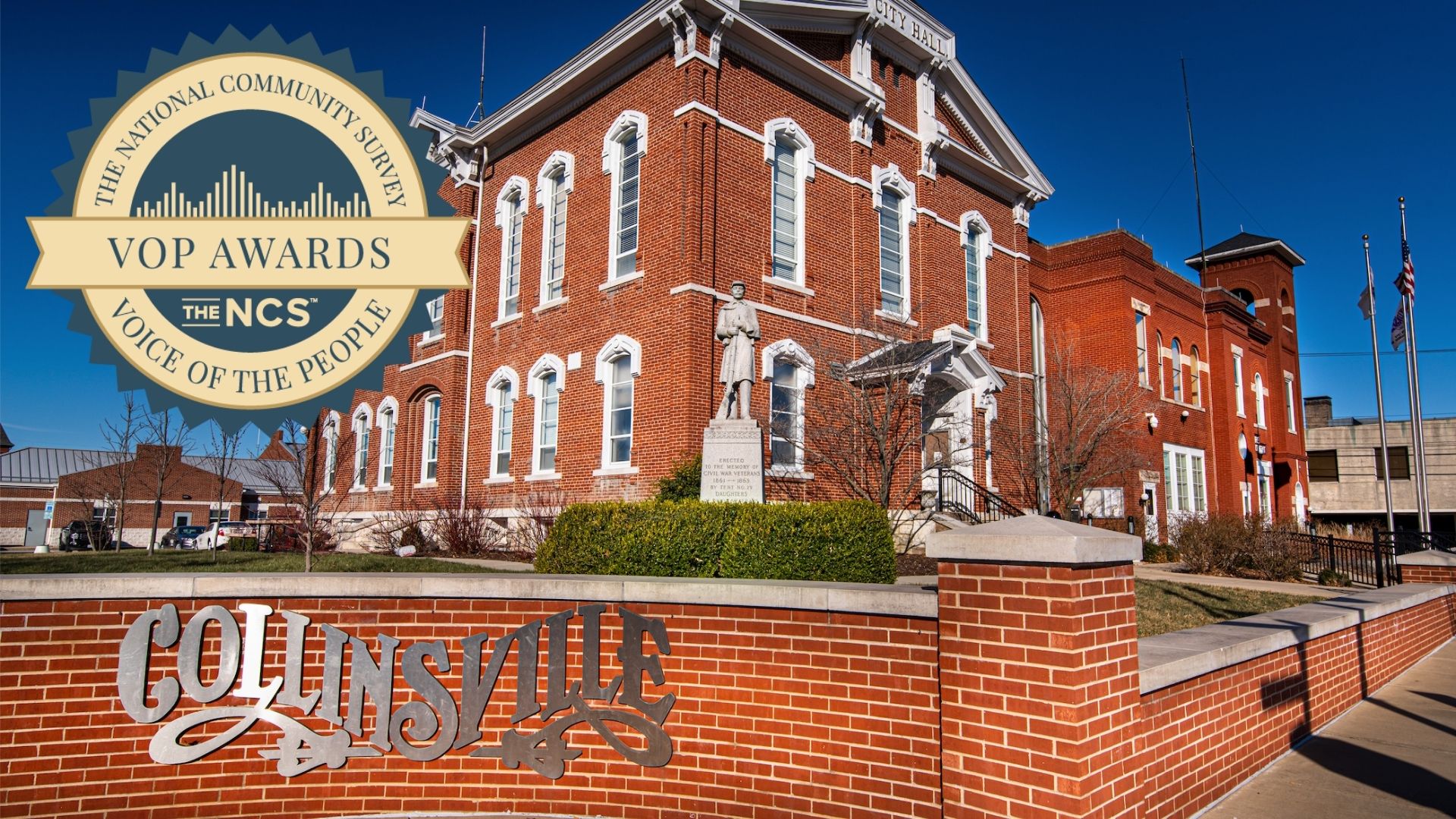 Collinsville, Illinois’ leaders approach economic development from many angles-- from festivals to a Hospitality District and Convention Center to programs that spur development and jobs.

“The City is very strategic with our economic development efforts. Our goal is to bring outside dollars into the community,” said Derek Jackson, Deputy City Manager of Collinsville, Illinois.

And these efforts have paid off.

The City regularly conducts The National Community Survey (The NCS) to gather feedback from residents. Data from the survey show that Collinsville’s residents have become much more pleased with the City’s Economy between 2011 and 2019. Specifically, they have become more satisfied with how the local economy will impact the family income in the next six months as well as Collinsville as a good place to work. 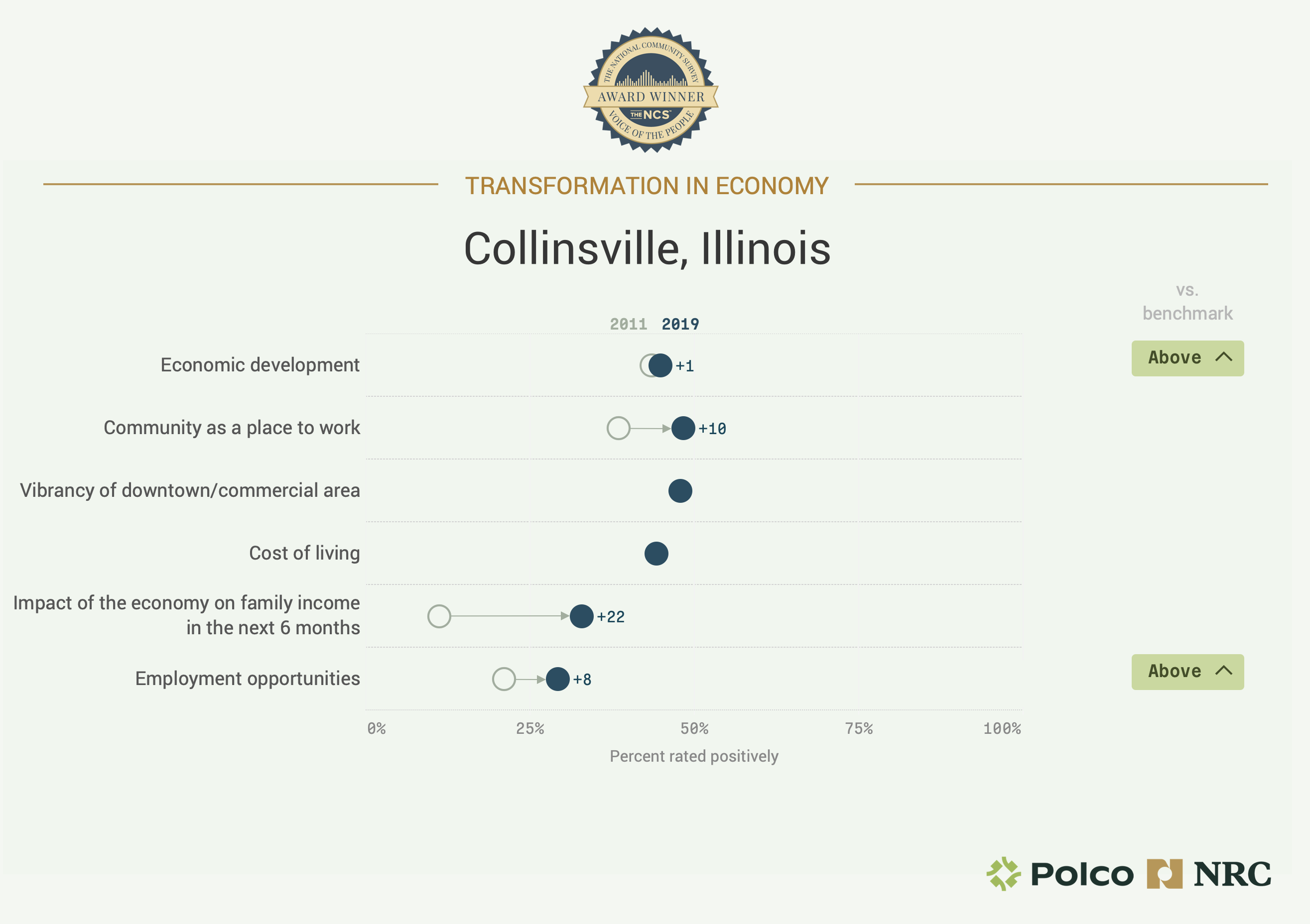 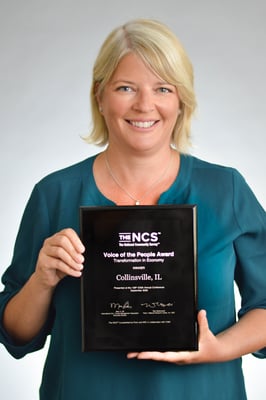 “Collinsville’s economic development efforts have led to dramatic improvements  in their local economy, specifically related to the community being a great place to work. They should be commended for their work,” said Damema Mann, Director of National Engagement for Polco.

Collinsville’s efforts led to a 2020 Voice of the People Award for Transformation in Economy. This is the only national award that honors local governments based on feedback from residents. The award is presented by Polco / National Research Center (NRC) and the International City & County Management Association (ICMA). This award acknowledges local governments that make significant improvements on The NCS ratings and that take the best actions on behalf of their communities.

Bringing Outside Dollars to the Community

“One goal we have is to bring outside dollars into the community through our hospitality district, convention center, and festivals in order to help fund services for our residents,” said Jackson.

In addition to having a Hospitality District and Convention Center, Collinsville brings in outside dollars through a variety of unique festivals. These include The Italian Fest and The International Horseradish Festival.

Because of its diverse approach to economic development, Collinsville’s leaders started a variety of programs to bring more jobs and development to the area. For example, Collinsville has a TIF program, a development agreement program, and a first time home buyer’s program.

As they look towards the future, Collinsville’s leaders will continue to look for opportunities to support their local economy.

“The City will continue to explore economic development opportunities to bring additional planned growth to the local economy and job market,” said Jackson.