How Decatur Empowers Residents To Be Leaders in Shaping Their Community

Decatur, Georgia lifts the voices of diverse community members in planning for the future.

“Decatur, Georgia is a place where the voice of the community helps write the story of where we're headed next,” the City’s website says. These words are more than just a tagline, as the City has carefully nurtured amazing levels of resident engagement across economic, race, and age lines.

“There are so many reasons to love Decatur,” said one resident at an All America City Award presentation. “But most of all, we love that our City eagerly and relentlessly embraces all of us as Decatur.”

“City leadership understands the value of bringing the voice of their residents, and of their employees, into their planning processes,” said Damema Mann, Director of National Engagement for Polco/National Research Center (NRC). “Decatur has done a terrific job of making data-based decisions to help move their community forward.”

The City of Decatur regularly conducts The National Community Survey (The NCS) to gather feedback from residents. When compared to other communities across the United States, Decatur’s residents indicate much higher levels of satisfaction with openness, acceptance, and neighborliness. 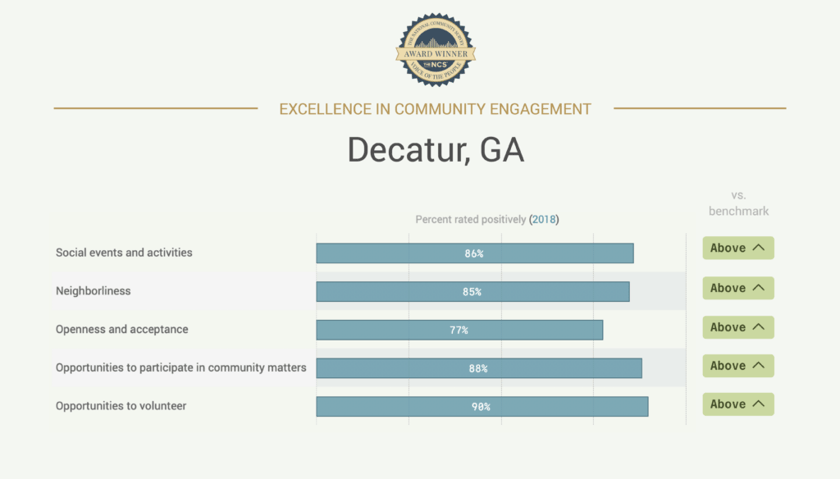 Because of its accomplishments, Decatur has been recognized with a Voice of the People (VOP) Award for Excellence in Community Engagement. This is the only national award that honors local governments based on feedback from residents. The VOP Awards are presented by Polco/National Research Center and the International City/County Management Association (ICMA). This award acknowledges local governments that have the highest ratings on The NCS and that take the best actions on behalf of their communities. 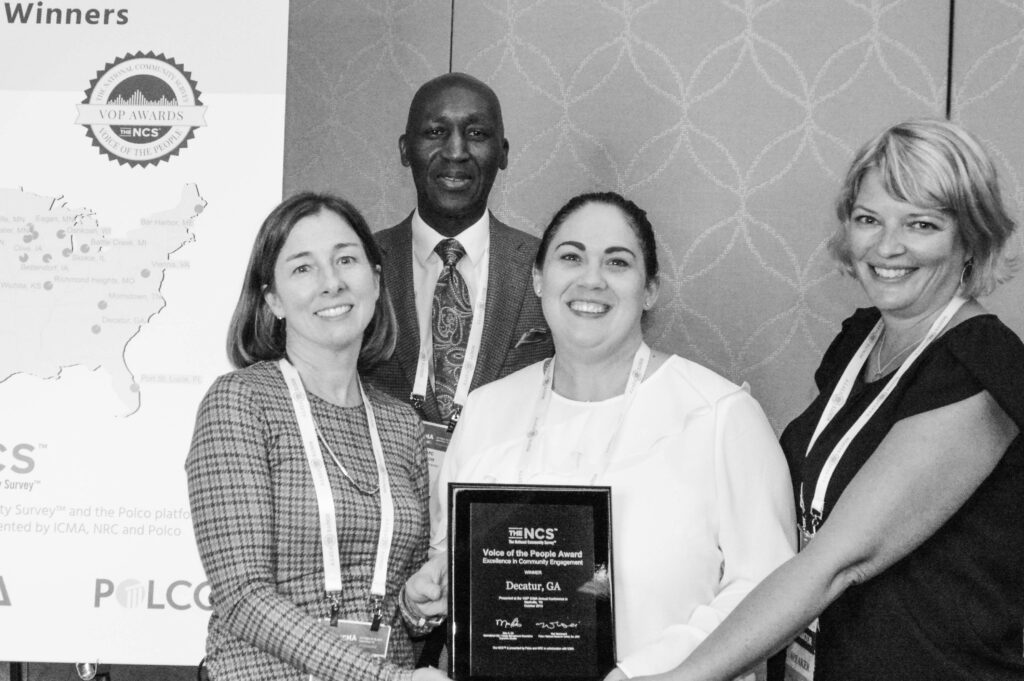 In most cities, strategic planning is reserved only for municipal decision-makers. But in Decatur, residents are active participants at every stage of the planning process.

Using the information from the discussion groups, the City drafted a strategic plan. However, the work of engaging the community to shape the plan had only just begun.

Community members continued to collaborate to flesh out actions for the plan. City leaders provided facts, presenters, and examples as support. Decatur’s leaders then shared the final plan at Open Houses and through a progress tracking website.

While many cities focus on diversity, equity, and inclusion, Decatur’s approach is groundbreaking in how it empowers different people to work better together.

“We were motivated by concerns about racial profiling,” said one participating resident. “We knew we could do better. We knew we could be better. But in order to do so, we knew we had to act together.”

To begin the planning process, City leaders surveyed residents about what does or does not make Decatur welcoming. Then, they used a personalized, intentional recruitment strategy to invite diverse community members to be a part of a “Better Together” Steering Committee.

This committee was never intended to be a traditional planning group. Rather, early meetings focused on building relationships. Skilled facilitators supported participants to speak honestly across differences. 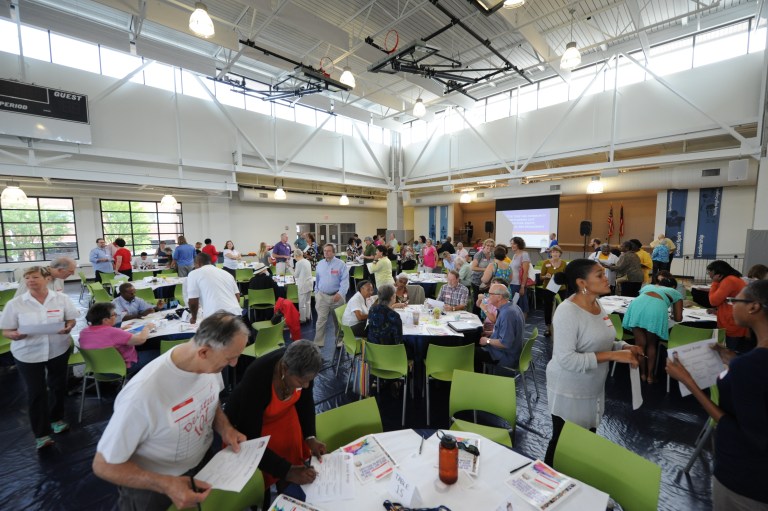 As is often the case when discussing diversity, tensions arose. Still, facilitators helped members to work through those tensions. In this way, the committee served as a laboratory for the broader community. These discussions also showed the power of relationships to help heal social divisions.

Even many years after they began this strategic planning process, Decatur’s leaders continue to show that they take resident voices seriously.

Each year the City analyzes the budget to see how closely it aligns with the Strategic Plan and resident priorities. And, they continue to publicly track actions completed from the Plan on the Decatur website. Last, they regularly seek community input and guidance by conducting The National Community Survey every year.

The Many Tweets of 2017's ELGL PopUps

The Many Tweets of 2017's ELGL PopUps