“OPEN” is a four-letter-word, but one that local governments today need no longer avoid. Making the profession more accessible is a major talking point for ELGL (Engaging Local Government Leaders), and was a recurring motif at the recent conference in Detroit.

Keynote speakers asserted that open government is just as much about civic engagement as it is career opportunity. James Anderson of Bloomberg Philanthropies said government has traditionally feared openness “because it’s about power and sharing.” But if we are to build better communities, governments must embrace accessibility. "We have to create a track record of trust,” Anderson said. 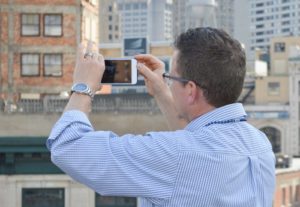 Accessible government demands communication, a core tenet of ELGL that members fully buy into. So conference attendees took to social media. They tweeted favorite quotes from presentations, posted pictures of their adventures in Detroit and shared lessons learned with their communities at home and online. By the end of day one, #ELGL17 was already the top trending hashtag in Michigan. “[#ELGL17] potentially reached more than 1.3 million Twitter users,” tweeted the Social Media Analytics Command Center the following week.

Open Government, Accessibility, Transparency, Opportunity, Engagement – whatever you want to call it – is something ELGL local government employees, students and followers recognize as integral to the job. They see the implications for their communities and their own careers.

I see local government from a National Research Center, Inc. (NRC) vantage point. We are a survey research firm that provides data to help local leaders move their communities forward. So standing on a roof-top in Detroit, looking over what many are calling “the Comeback City,” I couldn’t help but ask the professionals and thought-leaders beside me how we can make local government more accessible. 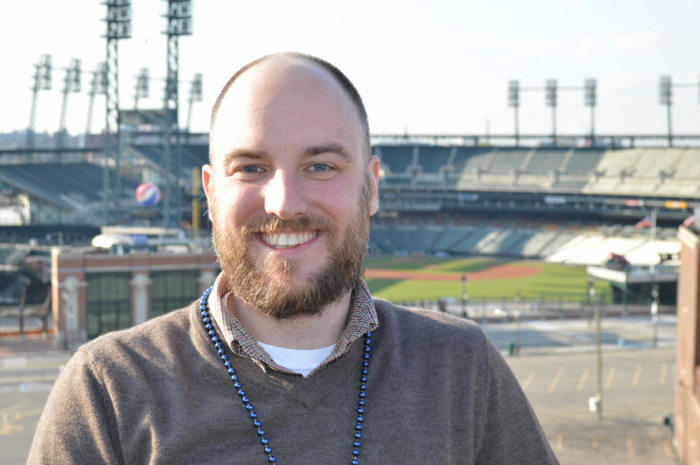 “Some billion people are on Facebook. Some unimaginable number on Twitter. You’ve got Linkedin and Snapchat and Instagram and all these ways you can humanize the people who work behind the façade of city hall. You can take all these little opportunities to chip away at the ivory tower, and reveal the wonderful people you work with. Show the people you serve who you are and why you enjoy serving them.” – Nick Smith, Digital Content Specialist for Gaithersburg, MD 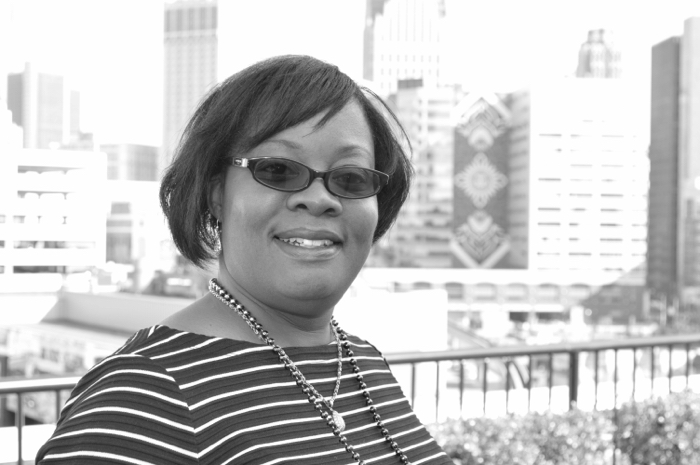 “As [George Hawkins, CEO of DC Water] expressed, nobody has a complaint until they don’t get what they want. And that may be when that water is cut off and it’s not working. But we’re greater than [waiting to respond to complaints]. Response is important, but we need to [proactively] educate our constituents and our citizens so they understand what we do and how we all play a role.” – Christina Tookes, Senior Corporate Budget Analyst for Durham, NC 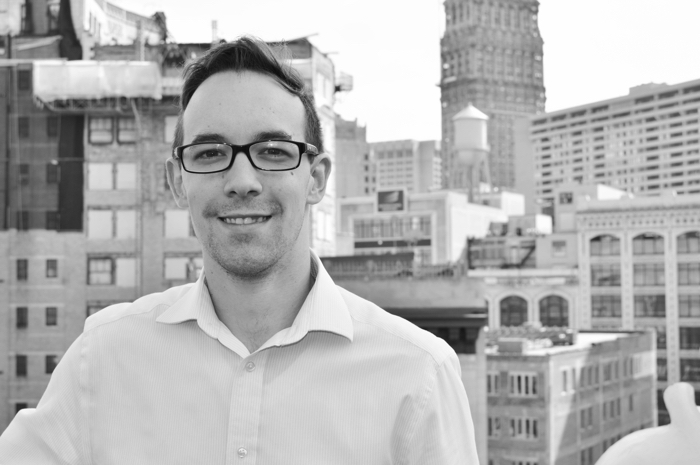 “Regardless of your position - city manager, city official, mayor, etc. - you need to be accessible. You need to be able to be reached whether by email, having an assistant who reads emails, LinkedIn or some other type of social media. There are all these different outlets other than the city where people are finding things out. So you need to be able to express what you’re trying to do, and to allow constituents to hear from the horse’s mouth.”  - Corey Andrade, Account Executive for NextRequest 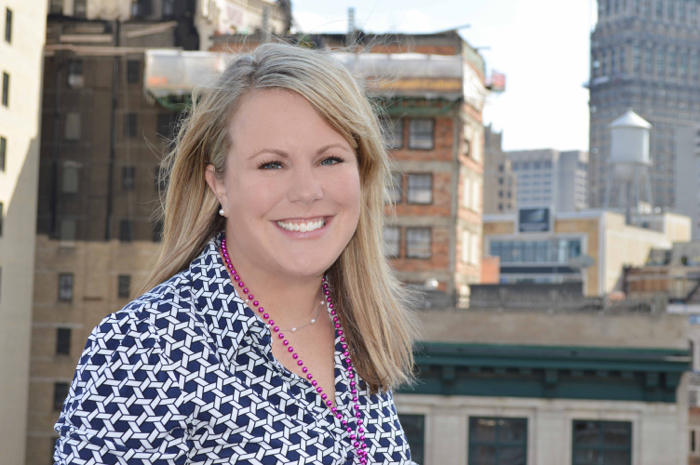 “A session that I heard talked about understanding what tools your community is using to share information. I think doing things like targeted surveys can really help with understanding what your community wants. Then adapting your communications and outreach techniques to meet those needs is the best way to make the best use of funds, limited resources and limited staff when it comes to engagement and communications.” – Kirsten Wyatt, Executive Director & Co-Founder of ELGL

5. Tell Your Own Story 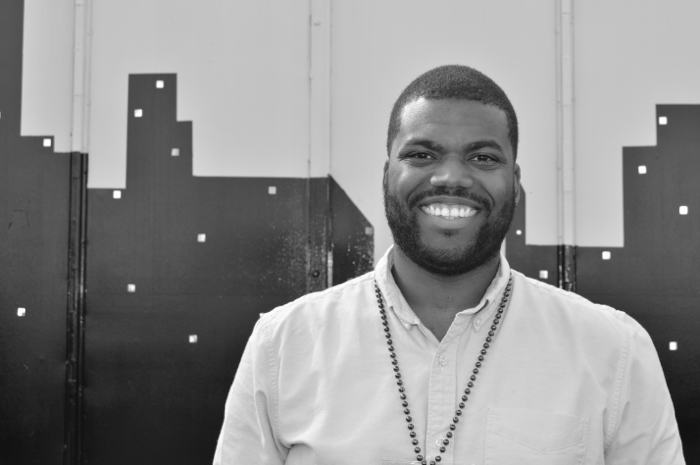 “I think local government needs to tell its story and make it clear to young people who are in graduate programs, undergraduate programs, in K-12 schools. I think as government gets better at telling that story, then we’ll get more people engaged and excited about it.” – Ellis Johnson II, Graduate Student at the University of North Carolina

6. Listen to the Voice of the People 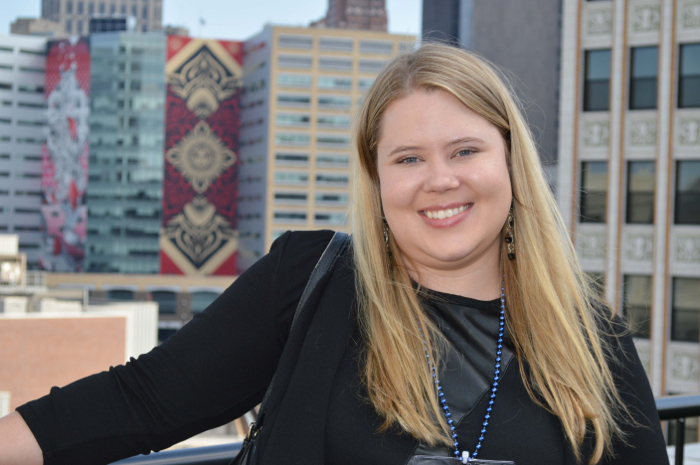 “Everyone wants their community engaged. Everyone wants their residents to take part in their government and have a voice. But if you can’t communicate your hopes and your goals, and residents can’t communicate [back] with you, you don’t get anywhere. So it’s about listening and accessing not only 30-40% of residents, but reaching everybody, so that every voice is heard. I think communication should be the number one priority for communities.”  - Morgan Adams, Survey Associate for National Research Center, Inc. 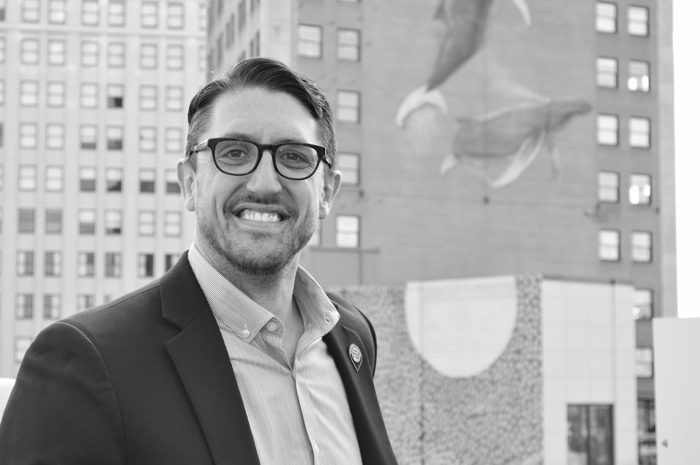 “One of the things that I think is essential is encouraging people to get involved in government who would never consider doing so on their own. The key to that is inviting, suggesting, demanding that people get involved. Say, ‘If you aren’t happy with this decision, you have an obligation to get involved in the decision-making process. Make the next decision better and one that you are happier with.’ I think taking local government beyond the council chambers, out into the community is a great way for people to begin connecting to government and figuring out, ‘Oh this is something I could do!’” – Josh Dukelow, Host of Fresh Take at 1150 WHBY

8. Let Down the Proverbial Wall 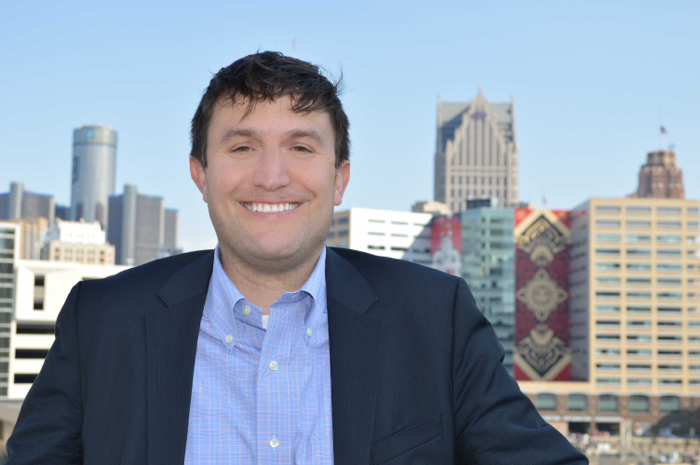 “A lot of it is letting that wall down that we put up because we’re government and it doesn’t really need to be there. We need proactive communication- like getting out, knocking on doors and not relying on the website to engage the community. And I think we need to be more accessible with technology and the way we use different solutions. That’s why I think it’s so cool to see the tech companies who were here, as well as companies like NRC that are providing services to local government that we desperately need. I think that the more we can use those tools, the more accessible our cities will be to our communities.” – Kent Wyatt, Co-Founder of ELGL

9. Meet People Where They Are 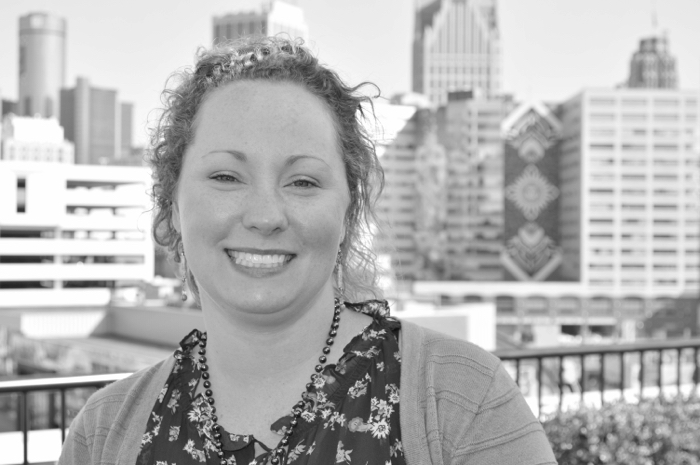 “Another form of engagement is to go meet people where they are. Hold a block party. Do something in a neighborhood so that people aren’t forced to come to you in a situation or an environment where they’re not very comfortable. You have to get creative, but there are definitely ways outside of our local government box that we could provide more access to regular citizens.” - Charlotte Colley, Village Administrator for New Concord, OH 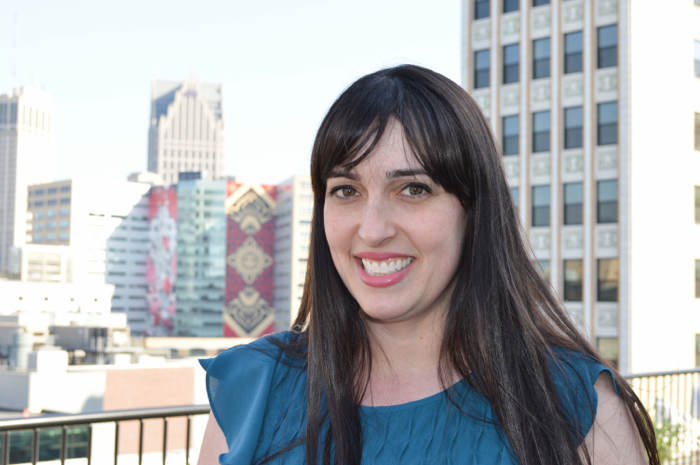 “I come from a local government background as a City Planner where I found sometimes it was hard to try new things and make innovation happen in my city. I think you can use design-thinking types of tools to help tackle all sorts of challenges, whether it’s for the growing aging population, or if it’s around sustainability issues, or crime issues. At State of Place, we use those tools to help ensure we’re tackling the right problem and solving that problem together.” – Michelle Woodhouse, Chief Operating Officer of State of Place

11. Use Events to Make Local Government Fun and Personable 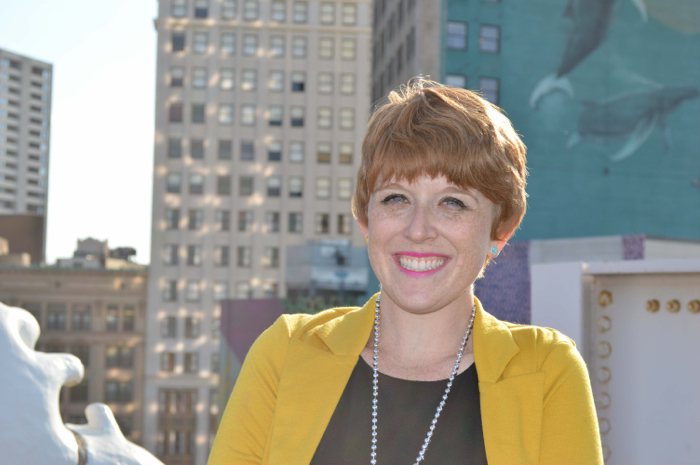 “I think too often cities ask people to come to their municipal buildings for a town hall. People don’t want to go there, and who in their right mind is going to hire a babysitter so they can go and talk about the capital improvement plan? They’re not going to. So you have to do things that will encourage people to participate. Use your police chief, and your fire chief, city manager, mayor, anybody as “celebrity readers” [at the library] so the kids can be distracted while the parents are learning and engaging with their government. Or tack onto a community event that’s already happening, like a Mardi Gras or St. Patrick’s Day parade or an art walk. In those settings, you can get engagement on the initiatives you’re already working on. You can also tell people about your social media pages so they can keep engaging with you after [the event.]” – Aly Van Dyke, Marketing Consultant for the City of Austin, TX 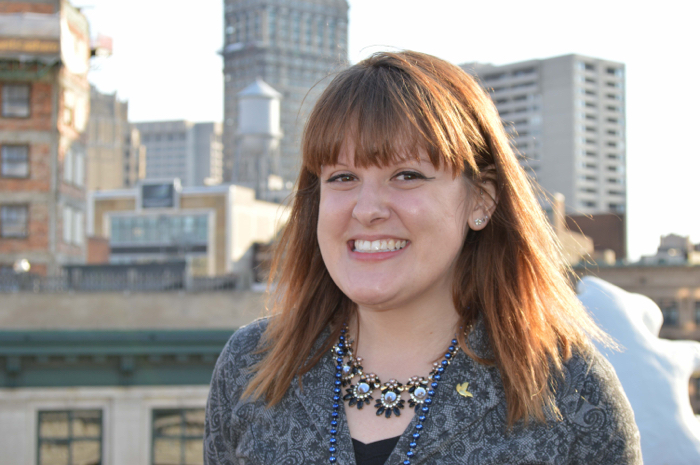 “I think social media helps a lot. I feel you can be friends with your local government. Just having people who reply to what residents are saying online is a good way of making government more accessible.”– Monica Drake, Communications Representative for the State of Michigan Office of Performance and Transformation 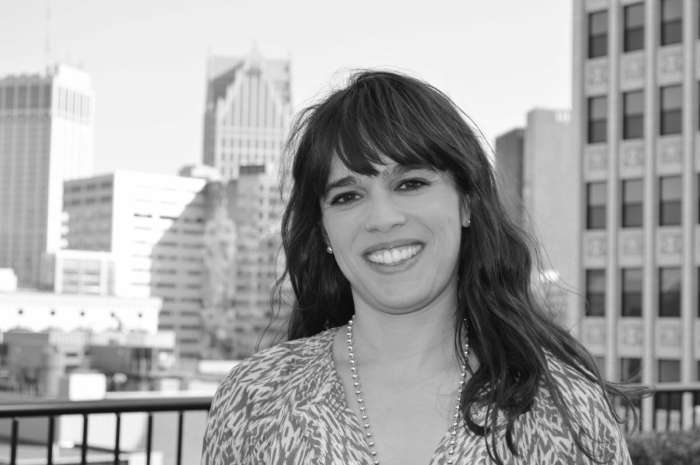 “I really liked one of the first speakers [Raquel Castaneda Lopez, first Latina elected to Detroit City Council in 2013 and current Vice Chair of the Budget, Audit and Finance Committee]. The representative had sort of a Cinderella story, which was a nice parallel to the city. She went out and knocked on doors and made it really easy for citizens to be engaged. Taking away that barrier is really important because right now we do expect citizens to come to us. Then we complain when they don’t and even complain when they do, because the ones that do are the most vociferous, anti-anything sort. So I think it works both ways. We have to go to them.” – Mariela Alfonzo, Founder and CEO of State of Place

14. Broadcast the Connection Between Local Government and Every Day Life 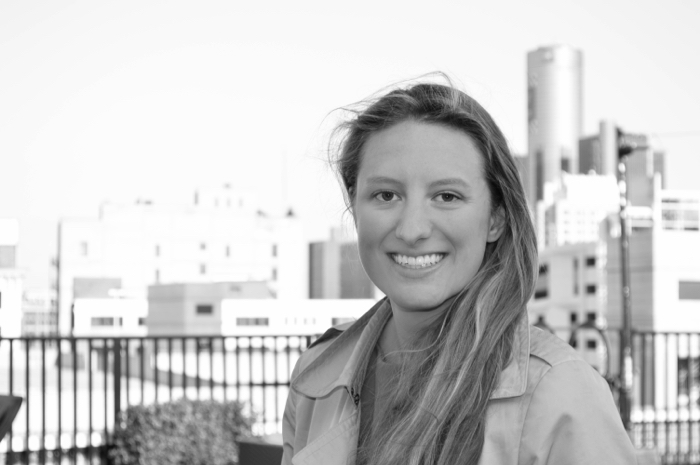 “Local government is something that people (whether they know it or not) are always running across. You’re going out to your sidewalk and your sidewalk is clean or it isn’t clean, or you’re getting water from your tap and that water is good or it isn’t good.  Local government affects you so directly in so many ways. When you ask people, ‘Who are your local representatives, who’s in charge of all this stuff?’ people often don’t know. So how do you bridge that gap exactly? I think making that connecting between things that are so tangibly, constantly present in your lives and the people who are not always so recognizable is the key. Think about meeting people where they are in terms of media and in terms of daily life experiences.” – Alexandra Petri, Columnist for the Washington Post 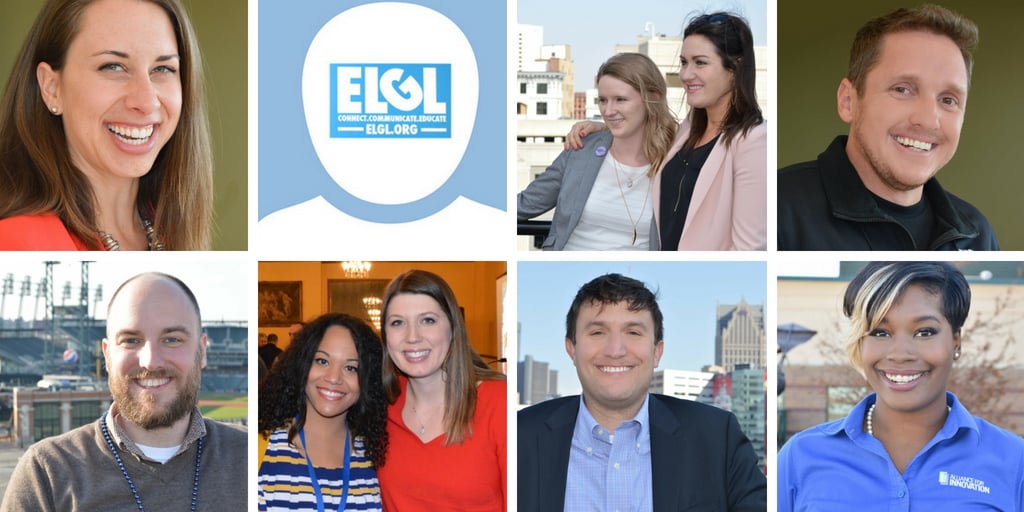