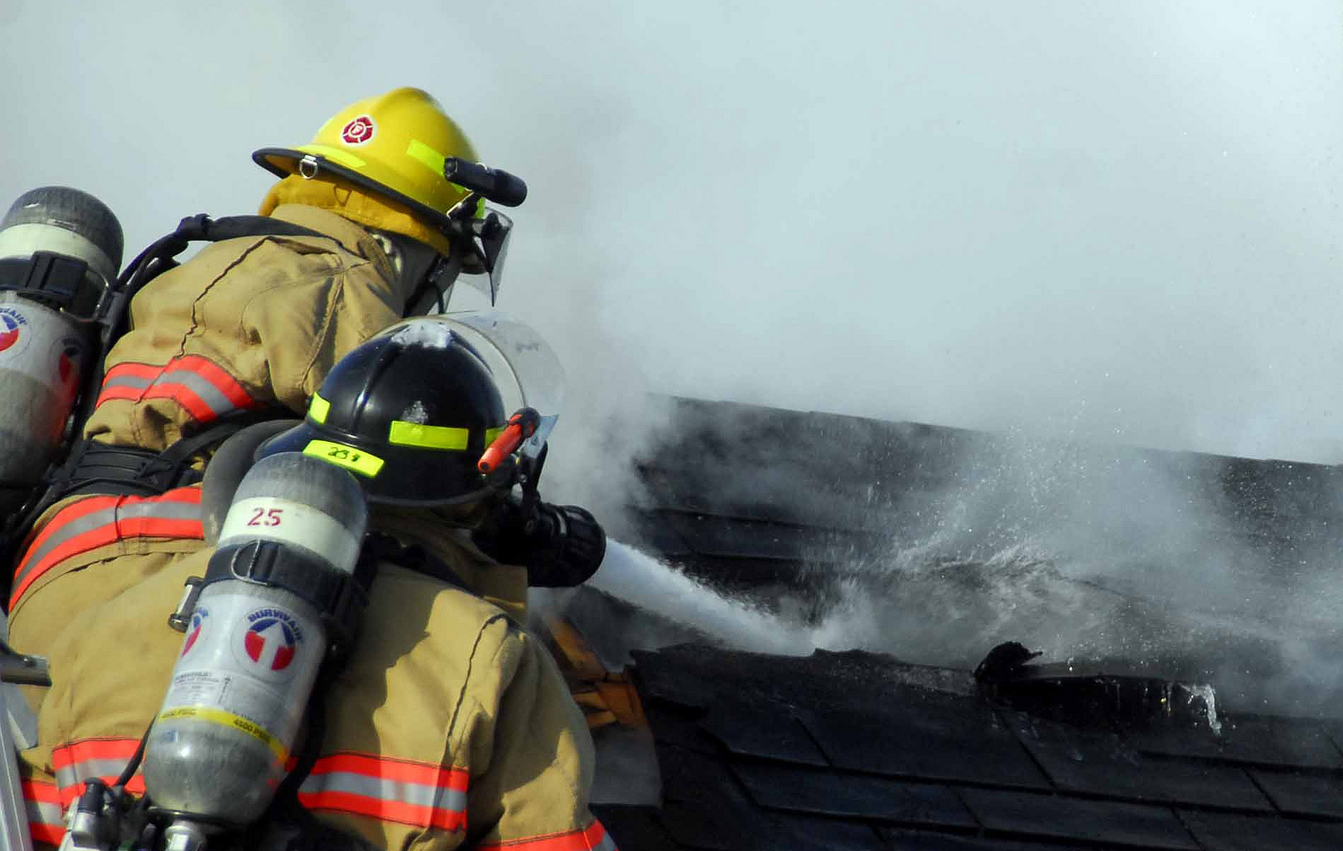 One Friday afternoon, a two-alarm fire overwhelmed an apartment complex in Sunnyvale, California.  Having spent all day at work or school, many residents didn’t realize what had happened until they returned home that night. “By five o’clock, it became clear that the apartment units were lost and that people would need to relocate,” said Deanna Santana, Sunnyvale City Manager. 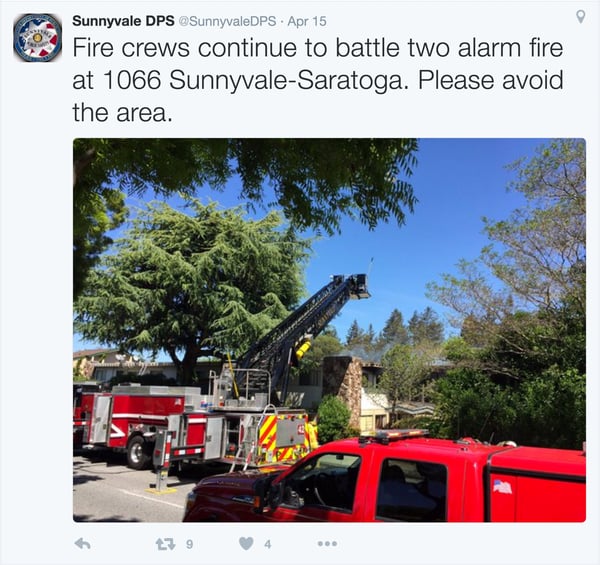 Despite the quick response of fire services on April 15, smoke, heat and water damage left all 81 apartment units uninhabitable and displaced 70 households.  The City activated their emergency plan, and for the first time ever, converted the Sunnyvale Senior Center into a shelter for more than 150 fire victims.  “This was unprecedented,” said Santana.  “We had never [before] lost this many housing units over a period of only a couple hours … With this many residents and the apartment complex being relatively old, we were very fortunate that there were only two injuries and no deaths.” 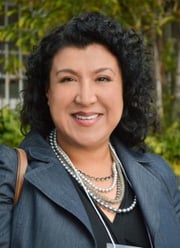 The City called on the Red Cross, Sunnyvale Community Services (SCS), the Public Safety Department, Valley Transit Authority (VTA), Sunnyvale Neighborhoods Actively Prepare (SNAP) volunteers and local government staff to provide round-the-clock coverage.  Santana (pictured left) arrived at the Senior Center that Friday evening, as busses were transporting fire victims to safety and allowing for them to salvage personal items.  “My family and I set up cots and arranged the rooms.  My husband went to buy bottled water for over 100 people who were going to need it,” she said.  “The Vice Mayor was taking people to pick up medical prescriptions and the Mayor was also providing an extraordinary level of service.”

After receiving a phone call from the Mayor, SCS Executive Director Marie Bernard (pictured right) arrived on scene Saturday morning.  “The place was buzzing and it became clear that we didn’t have a clear count on all the fire victims – how many, their names.  Our agency would be taking over case management after the Red Cross’s three days and communication was one of the top priorities,” Bernard said.

Both Santana and Bernard expressed pride in the way the community at large rallied together in support of the fire victims.  “The good news is that we always had enough money and volunteers to help the residents with whatever they needed,” Bernard said. “I was amazed and very grateful for our City and our Public Safety Officers [specially cross-trained in police, fire and emergency medicine.]” 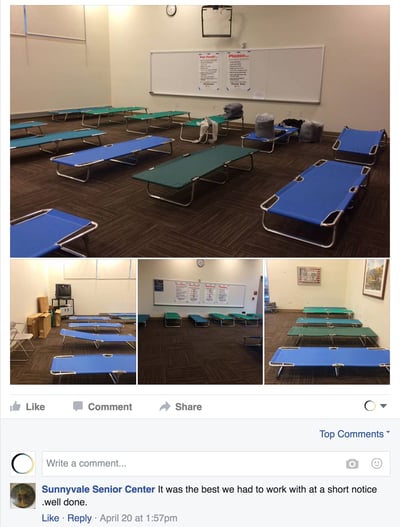 “Despite the fact that we had a bunch of people suddenly having to coexist, their needs exposed, sleeping on cots, showering in our community center gym, [receiving] church provided meals, we did not have one single problem at the Senior Center,” said Santana, for whom upholding the residents’ dignity was of top importance.

Of the total households displaced, 81 percent were low to extremely low-income.  “It showed that, here in Silicon Valley, there is some high need,” Bernard said.  Primary earners for several of these working families held multiple jobs.  They were diverse in age, level of need, and between them, spoke nine different languages.

One of few affordable housing options in high-cost Silicon Valley, the loss of this apartment complex was felt by both its displaced residents and the City.  Sunnyvale’s latest results from The National Citizen SurveyTM (2015) reported a high overall quality of life for residents (at 78 percent good or excellent). However, significantly fewer residents rated affordable quality housing or cost of living positively (13 percent and 18 percent excellent or good, respectively).  “The average house cost here is $1.2 million,” Santana explained.  “So placing low income families into new housing doesn’t come easy.” 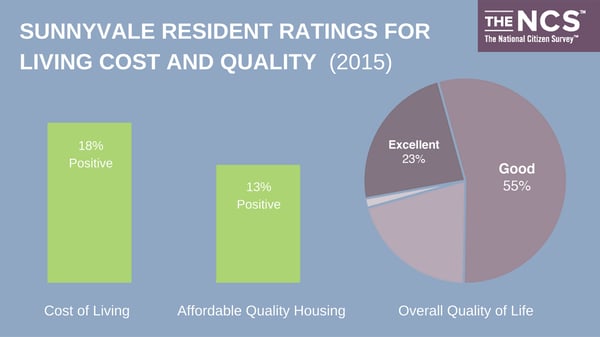 “The key thing for us was to stabilize the displaced residents as soon as possible so they could sustain their employment status and use those dollars to help them with the transition that they were going to need to make for themselves,” said Santana.  To achieve that goal, the Sunnyvale City Council agreed to expend funds to move the victims out of the Senior Center and into hotel rooms for the short term.  Almost 60 hotel rooms were booked by Sunday night.

“I really think placing the families into hotel rooms was the single biggest factor that helped the families bounce back,” Bernard commented.

To raise funds for the victims, the City made its own contributions, looked to emergency savings, reached out to Santa Clara County and called businesses and development organizations.  Sunnyvale Community Services accepted donations from others in the community.  “We started letting people know,” Santana said.

The City even opened a GoFundMe account.  “This was something that the City had never done before,” Santana said.  “We started on Facebook … Then we sent out the information individually as people began to share the GoFundMe site.  We were also pushing out media advisories through Nixle and Nextdoor messaging.  Social media really helped.”  Contributions to the GoFundMe account came in anywhere from five to a thousand dollars, and grew to nearly $40,000.

In total, about one million dollars were raised to support the apartment fire victims.

As of August, Sunnyvale Community Services reports that 68 of the 70 families are living in new homes.  Half of them remained in Sunnyvale.  (SCS is working to move the last two families from Transitional Housing.)

“We’ve worked to set [the families] up to be successful and for us to know that we did everything we could with our resources and our abilities to ensure the best transition possible,” Santana said.  “To work in public service, an ethic you must keep with you is to work as hard as you can for the greater good of the community.”

“The story is not over yet,” Bernard said.  SCS will continue case management with the families who need it throughout their transition.  “Our hope is that we are going to make their lives better.”

To help those residents affected by the apartment fire, Sunnyvale, Santa Clara County, partner agencies, volunteers, landlords, local businesses and the entire community rallied together in an extraordinary way.  “A number of us are having thoughtful conversations,” Bernard commented. “What would we do to gather the community together again?”

The experience taught many lessons to both City Manager Deanna Santana and SCS Executive Director Marie Bernard.  “Be prepared,” Santana would advise jurisdictions.  “Budget.  Anticipate what your needs will be in advance, everything from water to a seed fund for emergencies.” 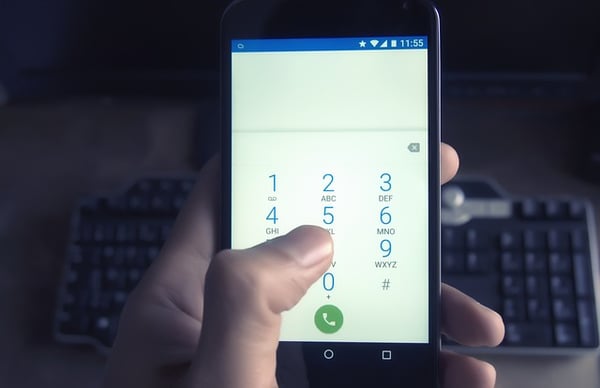 Save emergency contacts on speed-dial

“Make sure to have key contacts on speed-dial in case of emergencies,” Bernard suggested.  “You should have five, ten or more people because a lot of us may not be at our office.  This happened on a Friday afternoon, but what if it had been a Saturday or Sunday?  Have a speed-dial list of leaders who can get the word out to their network, and keep it up to date.”

Partly in response to citizen survey results, the City of Sunnyvale plans to continue to prioritize safety.  The National Citizen Survey (2015) report concludes, “Around 9 in 10 residents gave favorable ratings to feelings of safety in their neighborhood and in the downtown/commercial area as well as to police, fire and ambulance services. However, when asked about the top three most important community issues and top three City services for Sunnyvale to focus on the coming year, one-third of residents mentioned crime and safety as an important community issue and one in five mentioned police, fire and safety as important services to focus on.”