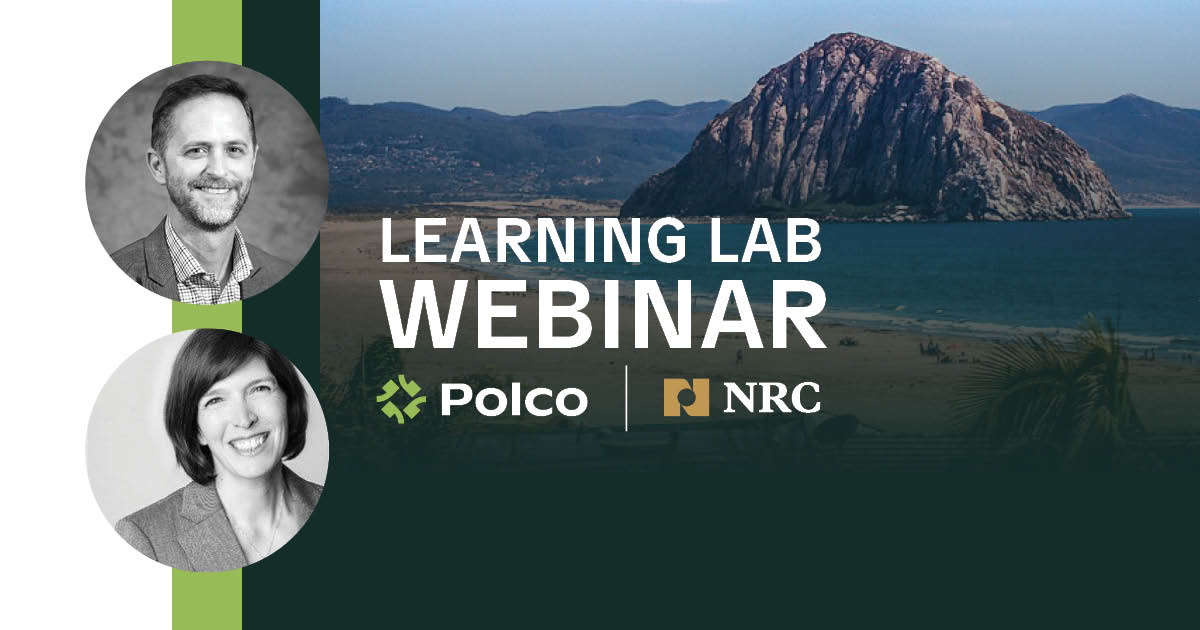 When City officials in Morro Bay, Calif., began considering how to deal with local short-term rentals, they knew they needed to get resident input.

So they turned to Polco’s online engagement platform.

However, for this topic Morro Bay did not want to use traditional social media sites — like many other cities would in similar circumstances — to publicize its Polco survey. While non-resident opinions can be filtered out on Polco, the City wanted to engage residents exclusively. Many of the city’s followers are out-of-town tourists, fans of the city for its incredible natural sights and features, not residents.

So hand-in-hand with Polco, Morro Bay got creative.

In this Polco Learning Lab Webinar, you’ll learn the inventive ways Morro Bay officials got the word out about their Polco survey. You’ll hear from City Manager Scott Collins as he reveals the City’s secrets to engaging residents on short-term rentals and other crucial issues. You’ll also hear about how Polco’s tools have helped create a culture of engagement among Morro Bay’s residents and local government.

“Polco has been a tremendous force for good for our city,” Collins said.

A City with a Unique User Case

Nestled halfway between Los Angeles and San Francisco, Morro Bay is a unique vacation destination with a small resident population and a large number of hotels. Recently, short term vacation rentals - services such as Airbnb -  have stressed the city’s neighborhoods. People in residential areas felt new strains as tourists expanded past commercial areas.

Collins said the City felt it was imperative to do a robust outreach campaign. The issue involved a number of contentious topics - community impact, tourism, and property rights. Polco, he says, is the best tool to listen to the many voices they needed to reach.

“We wanted to avoid the situation where the decision is being made and have people saying, ‘I wasn’t aware of this, how come you didn’t involve me in the process?’” he said. “That leads to bad outcomes and bad feelings all around.”

He was concerned that only the most passionate voices were heard at small town forums, and while helpful, those voices were not necessarily indicative of the larger community.

“That’s where Polco came into play. We wanted to get a pulse of the community,” he said.

Getting Creative with Outreach

Morro Bay staff emailed their Polco link to an email list residents signed up for at a town hall. Collins also included a link in his monthly newsletter. And the city worked closely with the Chamber of Commerce to alert as many businesses as possible.

The city included paper surveys printed in-house in their municipal water bills. This, Collins said, ensured responses from all age demographics, not just those that prefer electronic communication. Almost 400 paper surveys were returned, and after City staff entered them on Polco, the results evolved.

“When we did the online survey before we entered anything manually, the results looked a lot different from that point compared to after all the hard copies were entered,” Collins said. “What we saw was a trend change from being more in the middle about supporting vacation rentals against community impacts, to a far more conservative (less favorable) bent on the results.”

A Culture of Engagement

Collins said using Polco is part of his philosophy of “policy as a process.” Polco also supports his goal of building a culture of engagement with residents, city council and throughout the City as an organization.

“This was a very helpful tool for our committee to look at. We were able to tell them, ‘Here this is the pulse of the community.’ … They referred back to the survey results again and again. ...

“(Using Polco) creates a virtuous cycle that I’ve seen the more you do it, the better you get at it, the more input you get, the more happy your council is with you … again and again they refer back to, ‘What did Polco say, what did Polco say?’” he said.

Collins said residents were also pleased with the city’s outreach effort, even the vocal minority and the critics.

“I thought they would be more inclined to criticize this but even some of the bloggers in the community have been saying that the city is really trying,” he said. “They are using the information to help make decisions and … then those who typically don’t participate are starting to see Polco as a good tool to share their input.”