How Resident Feedback Can Inform Officials on Infrastructure Decisions

National League of Cities (NLC) is working to connect local governments with Infrastructure Investment and Jobs Act (IIJA) funds. To gain a better understanding of regional spending needs, NLC partnered with Polco on a new survey that asked government leaders what infrastructure projects are most important and what barriers were keeping them from applying for funds.

The Importance of Resident Input on Infrastructure Projects

To begin, Polco Vice President of National Engagement Matt Fulton gave a breakdown on how resident engagement can help with infrastructure planning.

Traffic congestion, mobility, timing, and delivery schedules for local business can all interfere with infrastructure projects. Knowing when to schedule projects to work with residents and businesses is vital.

Engaging with residents throughout the process ensures a smoother execution, especially because unforeseen issues, such as time delays, environmental impacts, and project changes, are likely to arise. Asking residents for their input post-construction to evaluate the process also allows leaders to see if services have improved quality of life. 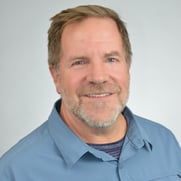 “[Community engagement] from beginning to end, not only helps you in the context of putting  together a good project and managing the construction elements of a good infrastructure project, but it also does a lot for building community and getting that connection between decision-makers and residents so they feel like they are part of the conversation,” Fulton said.

In 2022, NLC conducted their annual State of the Cities report to identify top-level issues for city leaders around the US. NLC  discovered that the majority of leaders, 36%, said infrastructure projects were the most critical need.

In order to help with these undertakings, NLC launched their Safer Streets Primer, a toolbox of roadway resources and case studies.

NLC is also clarifying each Notice of Funding Available, NOFA, as the federal government releases each announcement. NOFAs tell governments what IIJA grants are up for grabs, but they can be hard to distill. 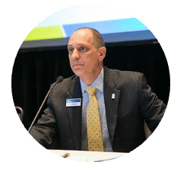 “As each new NOFA becomes available, we try to synthesize it and share this information with local officials so they can get their arms around what the federal program is, “ Brooks said.

Finally, NLC partnered with Bloomberg Philanthropies to build the Local Infrastructure Hub. The hub is a technical assistance and educational program to help cities identify their needs, assets, and data and bring dollars to their community.

“It’s a daunting task to understand all the laws and regulations with how money can be spent,” Kobayashi said.

Data from the Infrastructure survey validated why these resources are necessary. 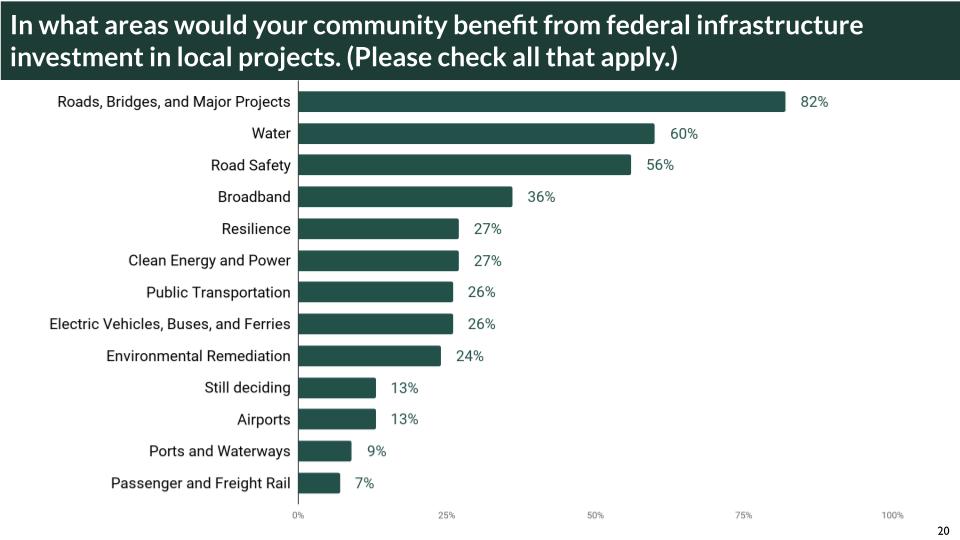 So what projects are most critical? Using Polco’s survey, NLC asked city leaders to select the infrastructure projects that are most needed in their community based on a list of options. An overwhelming majority, 82%, said that region could benefit from road, bridges, and major roadway investments. Clean water was the second most important priority, 60%, followed by road safety, 56%. Broadband was the fourth highest priority at 36%. 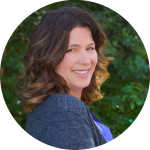 “The priorities of residents and the priorities of the communities that are working on projects are in alignment, and this is not always the case because sometimes residents don't understand the necessity of local governments, or they don’t have the in-depth education that staff and electeds might have in terms of deciding how to use federal funds.” Kobayahsi said. “The stars are aligning with the infrastructure funds.”

IIJA grants require governments to match. The survey showed that many people plan on using ARPA dollars and special reserves as their matching dollars.

Finally, the survey also revealed the importance of collaboration. Infrastructure does not stop at city boundaries. Results showed that, out of the communities that are seeking funding, about 8 in 10 want to collaborate with others. Brooks said that collaborating is bound up in the federal guidelines, and cities that plan on collaborating will earn extra points on grant applications.

“[Collaboration] is not only about the financing that you can bring to the table from a pooled group of municipalities to bring resources, but the outcome is going to be far more beneficial,” Brooks said.

What Does the Biden Infrastructure Plan Mean For Affordable Housing? 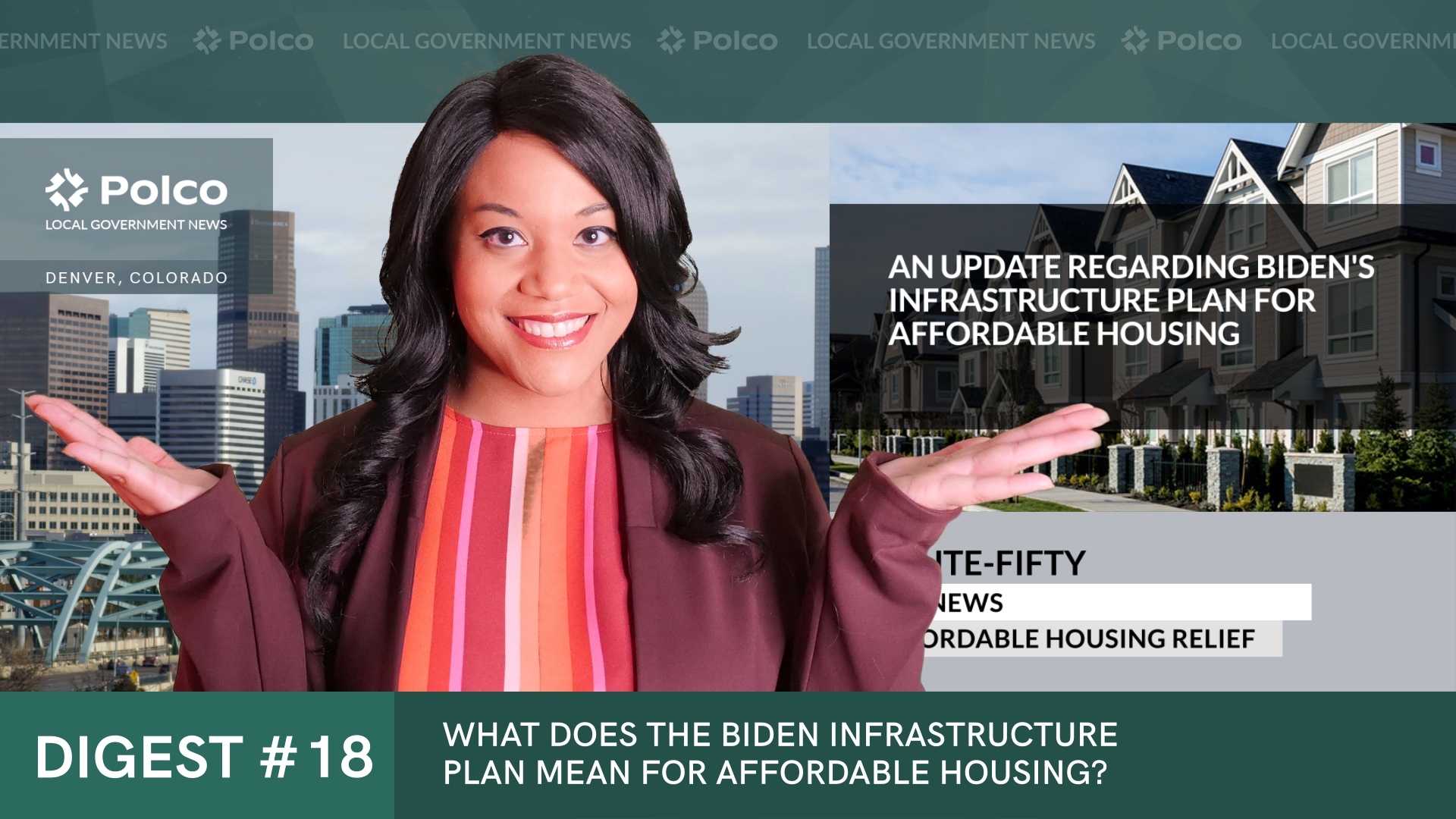 What Does the Biden Infrastructure Plan Mean For Affordable Housing? 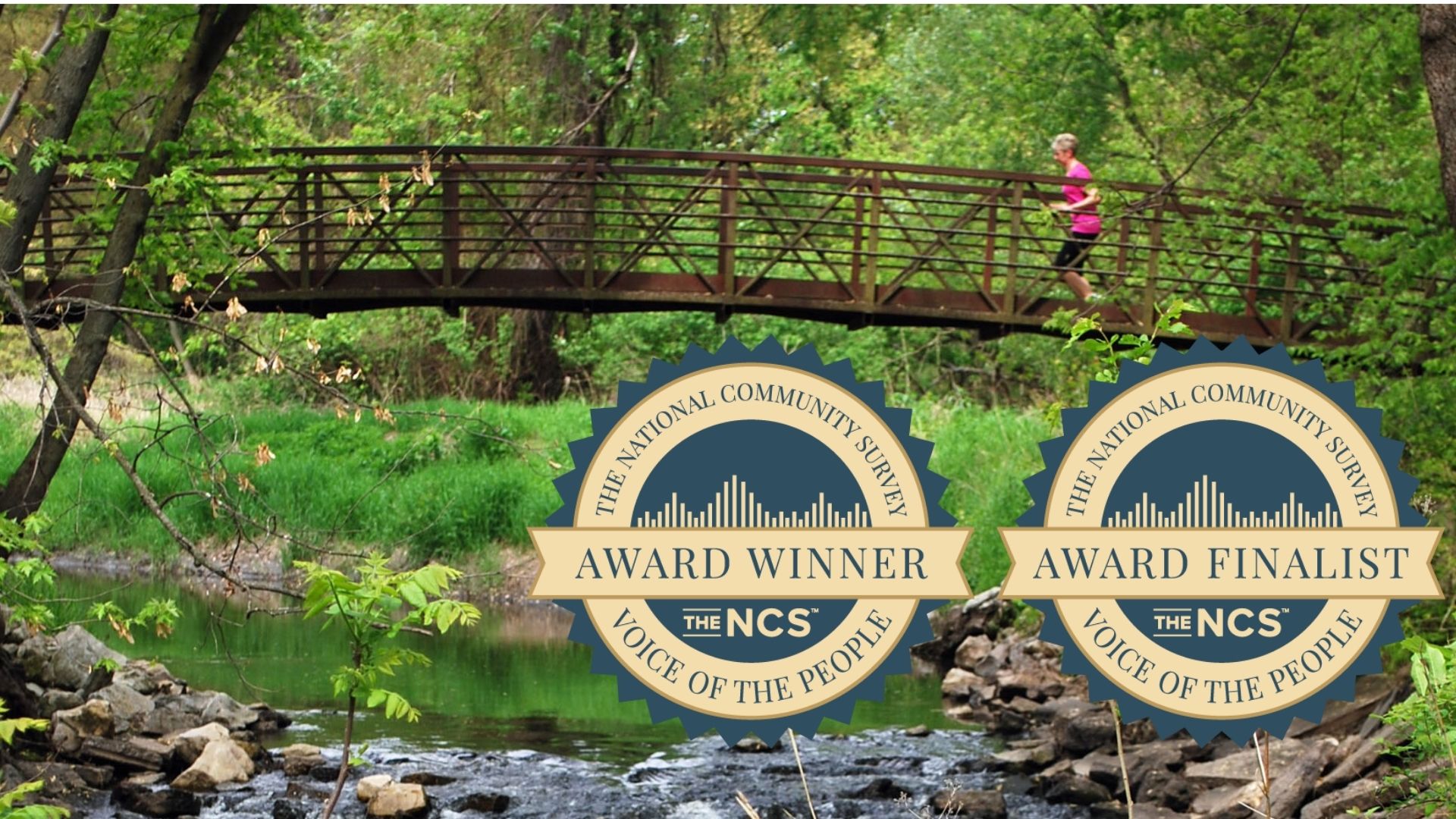 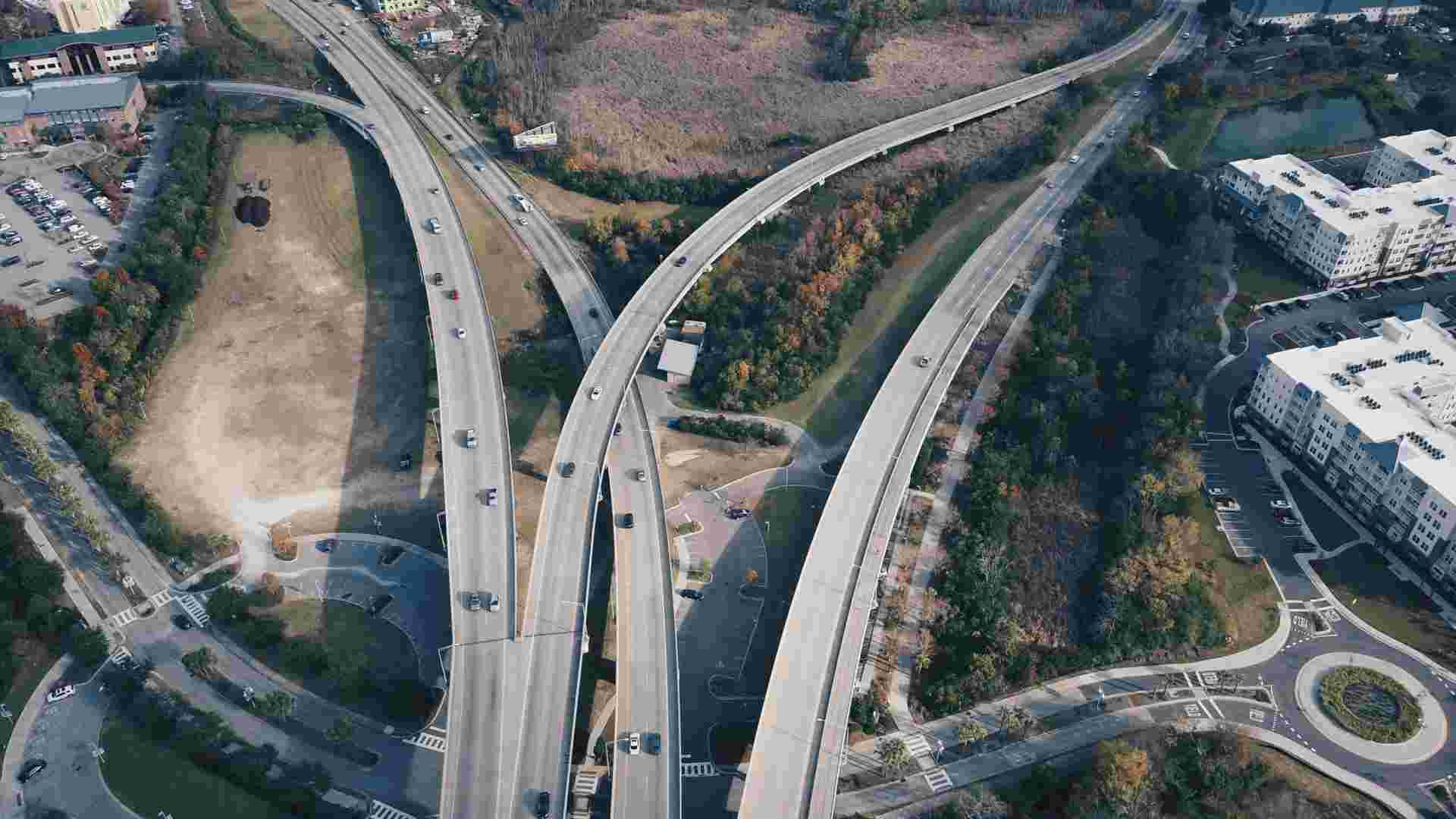