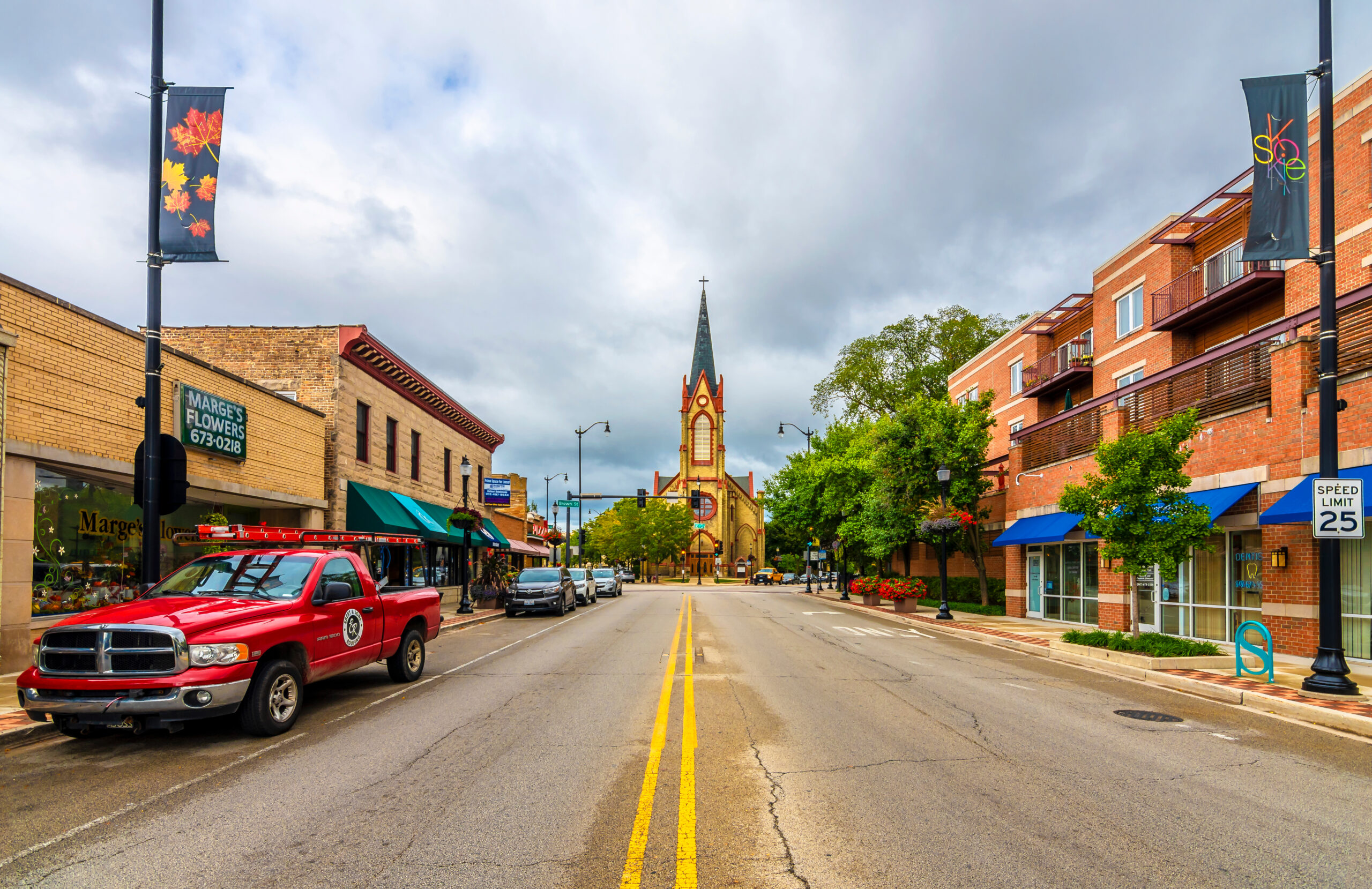 What do a hot dog cookout, library card registration drives, and tree trimming have in common?

These are just some of the steps that Skokie’s Police Department took in their successful public safety awareness campaign: Many Cultures, One Community.

“There has been a positive change in the [community] since we began [the public safety awareness campaign],” said Deputy Police Chief Brian Baker. “The quality of life seems to be much better. Families are out, kids are out playing, parks are fun, and not a place for conflict. The change is dramatic.” 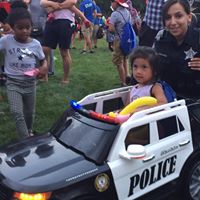 Data show that Skokie’s efforts are paying off. Indeed, when the program first began, the police reported a 22 percent reduction in calls in the focus areas when comparing the beginning of the summer to the end of that same summer.

Additionally, the Village of Skokie regularly conducts The National Community Survey (The NCS) to gather feedback from community members. These efforts have led to improvements on multiple aspects of safety between 2015 to 2018, as indicated by The NCS. Such components include overall feeling of safety, police, crime prevention, and animal control. 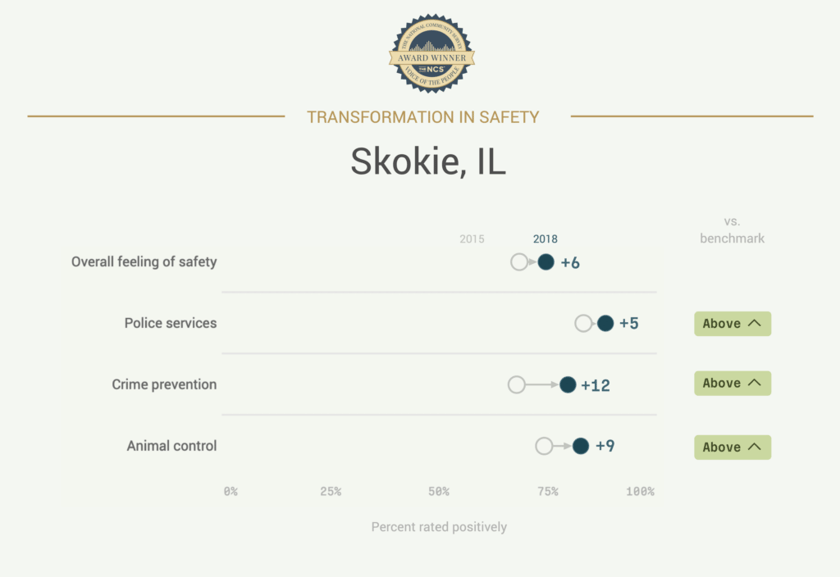 This leadership led to a 2019 Voice of the People Award for Transformation in Safety. This is the only national award that honors local governments based on feedback from residents. The award is presented by Polco / National Research Center (NRC) and the International City & County Management Association (ICMA). This award acknowledges local governments that make significant improvements on The NCS ratings and that take the best actions on behalf of their communities.

In October 2014, the Village's Public Safety Commission's began to shift its focus to develop a plan for the public safety campaign.

After six months, the commission concluded that centering efforts on the highest-needs portions of the community would maximize the campaign’s impact.

To determine which parts of the community to prioritize, the Skokie Police Department developed a map showing several densely-populated, multi-family area neighborhoods with concentrations of various crimes including battery, aggravated battery, assault, robbery, and burglary.

During the summer of 2015, the police department decided to narrow their efforts to a few neighborhoods on the map. In 2016, the public safety efforts expanded to include other neighborhoods identified.

Positive Interactions in the Neighborhoods

A major focus of the campaign includes increasing positive interactions between police and residents in their communities.

Police began to make regular visits to the focus-area neighborhoods. During the first two years, the police department published the visit schedule each week.

During these visits, police officers set up a table in local parks with crime prevention literature, multilingual village information, opportunities to sign up for email alerts, as well as treats and prizes. Officers also walk the neighborhoods and knock on doors to greet residents. Often the village manager, police chief, and other elected officials join the officers during these visits. 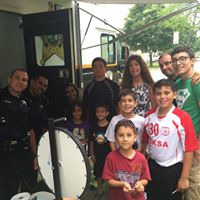 Between 2015 and 2017, Skokie police officers spent a total of nearly 1,250 hours in the neighborhoods and made contact with more than 7,300 residents.

To enhance the neighborhood visits, the Police Department partners with multiple organizations.

And, multiple organizations including Asian Human Services, faith communities, and parent groups partner with the Police Department to provide information during neighborhood visits.

In addition to increasing positive interactions in the community, the campaign also focuses on neighborhood maintenance.

And the Village’s Beautification Commission organizes a clean-up project in a focus area park each year.

To build on the efforts related to maintenance in focus area neighborhoods, the Village passed a Neighborhood Integrity Ordinance in 2014. This ordinance requires landlords to maintain properties and increases communication between landlords, inspectors, and the police. As part of this ordinance, property standards inspectors give warnings and citations to landlords for overgrowth of weeds, litter, peeling paint, broken windows, and more.