Just as the United States has begun to move on from the 2008 Great Recession, many economists predict we may be on the verge of another major, global financial downturn.  Student debt is at an all-time high.  Unemployment rates look much like they did in 2007.  Local governments are seeing rising expectations of the budget from their constituents.  Whether local economies cycle up or down, experts urge municipalities to utilize resources available to them and budget for the future. 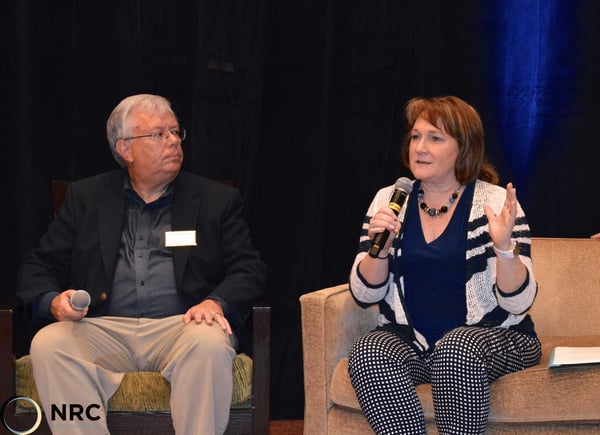 Jon Johnson and Kathie Novak speak at the 2016 CPBB Conference

“You must be prepared for whatever fiscal reality you have to face,” said Center for Priority Based Budgeting (CPBB) co-founder Jon Johnson at the 2016 CPBB Conference in Denver, Colorado last week.  “My challenge to everybody is to stop worrying so much about balancing the budget.  Instead, make sure that the decisions you make financially are going to continue to help you be sustainable as an organization for many years to come.” 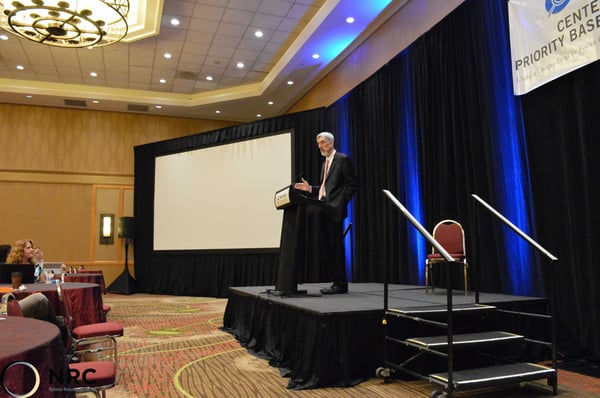 This year marked the 5th annual CPBB (Un)Conference, celebrating a prioritized world of budgeting.  The gamut of local government finance sessions was well attended and networking opportunities (with organizations like NRC and ELGL) yielded new and stronger connections. 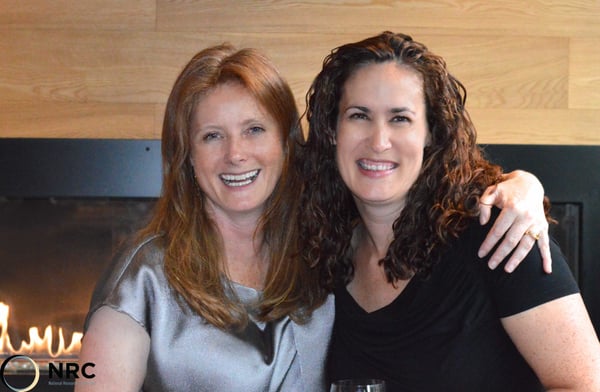 National Research Center, Inc. (NRC) spoke to several local government professionals at the conference who identified some of the largest challenges in finance and how governments can begin to address those issues. 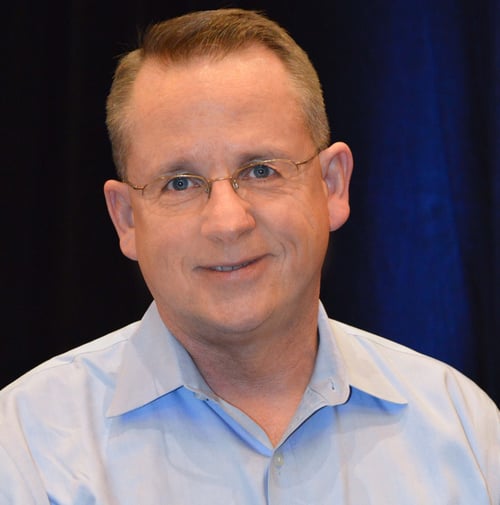 “Resources will always be limited.  Ideas will be unlimited.  You have to figure out as a community what it is you really want to do, and then get creative about applying your resources to accomplishing that.  A lot of people end up trying to do everything.  But when you try to implement too many programs, you can get to a point where you outgrow your infrastructure, and then nobody wants to put money into infrastructure (or as Jon would say, in overhead).  So you really have to be smart, figure out what you really want to do and how to do it right.”  - Wayne Sommer, Internal Audit Manager for the City of Aurora, Colorado 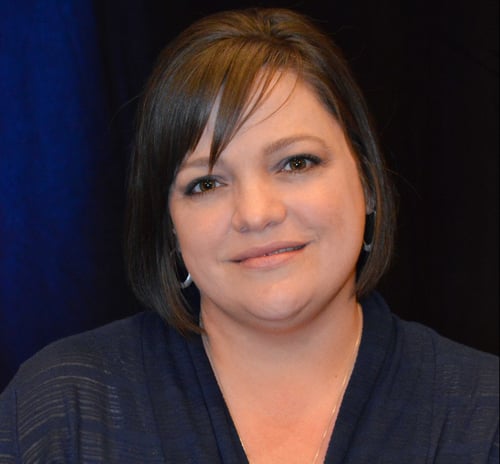 “I think the biggest challenge is in communication, not only with public officials but internally.  Communication is the key to success, and you will not be successful if some people don’t know what the other staff or departments are doing, or understand the intent of their actions.  Better communication rules over everything.”  - Jamie Rouch, Finance Director for the City of Branson, Missouri 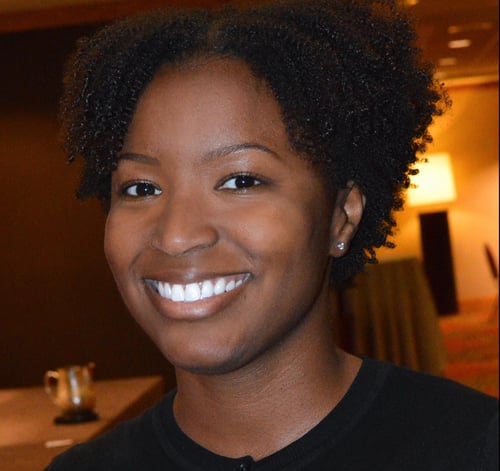 “We just started the Priority Based Budgeting process ourselves and the first thing that we noticed was we haven’t really done a good job of telling people that we’re undertaking this.  So when it’s time to start implementing all of these changes, that’s where the push-back may come in.  So we are going back and starting over with communicating - explaining why this benefits everybody.  Why this isn’t just another budget report that you need to push out every year.  This is a change of culture, ideologies and methodologies that will help benefit us long term as the City grows and as revenue streams change.  We’ll be ready to face anything, whether it be an increase in revenue or another recession.”  - Santina Reichow, Senior Budget Analyst for the City of Rio Rancho, New Mexico 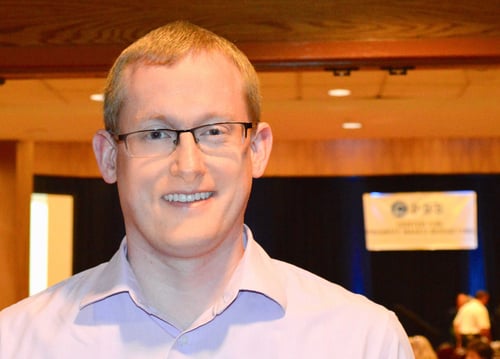 “One of the biggest problems is dealing with infrastructure and finding the way to invest in it with revenues that aren’t growing at the same rate as costs.  So, it’s important to reprioritize your programs and make sure you’re investing in high value projects.”  -  Matthew Wolff, Management Analyst for the City of Gardner, Kansas 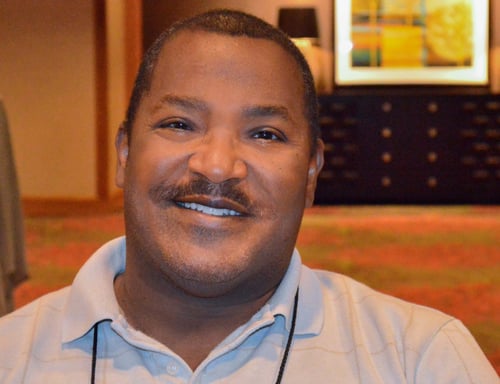 “I think local governments must first establish a vision as to where they want the community to go.  Make sure that the program structure supports that vision and then make sure that the budgetary structure supports the program structure, which supports the vision.  It’s easier said than done, as opposed to just going through the same process every year.  There has got to be some thought behind it.”  - Lorenzo Hines, Assistant City Manager for the City of Pacifica, California 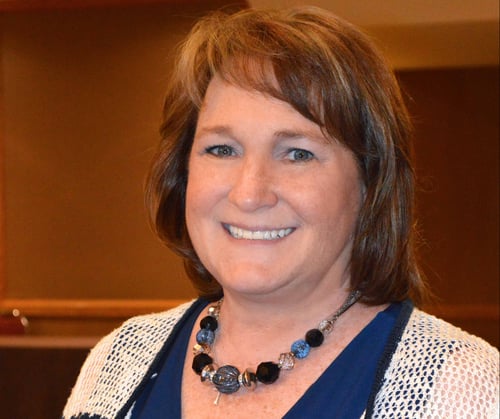 “The biggest challenge is the increasing citizen demands and expectations with leveling or decreasing revenue.  And on top of that, [many local governments have] a dedicated staff that doesn’t want to tell the public that there aren’t enough resources to meet those expectations. Local government can address this through the tools of transparency, good communication, honesty, presenting the information in a way that is easily understandable and really inviting people in to make sure that they get their questions answered.  Then trust begins to develop.  So when it is time to go back and say ‘Look, we can only do this if there’s more money,’ people at least will understand the need and they can make better decisions about whether or not to approve tax or rate increases.”  - Kathie Novak, Assistant Teaching Professor for the Daniels College of Business at the University of Denver 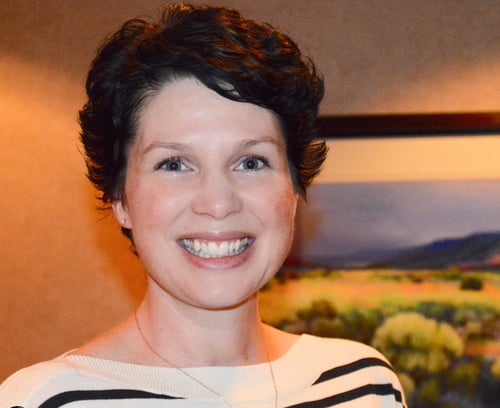 “For a long time, our organization has felt that the finance numbers have been driving the discussion, [rather than] the big ideas or strategic directions.  However, on the other side of the pendulum, we can’t have a free for all.  We can’t have a Christmas wish-list.  We can’t do everything that we want because we do have limited resources.  Tools like Priority Based Budgeting have helped us find a balance between the numbers and the strategic directions.  It helps us put those dollars into the parts of the community where they are going to have the most impact.”- Jennifer Brooks, Community Development Director for the City of Humboldt, Saskatchewan, Canada 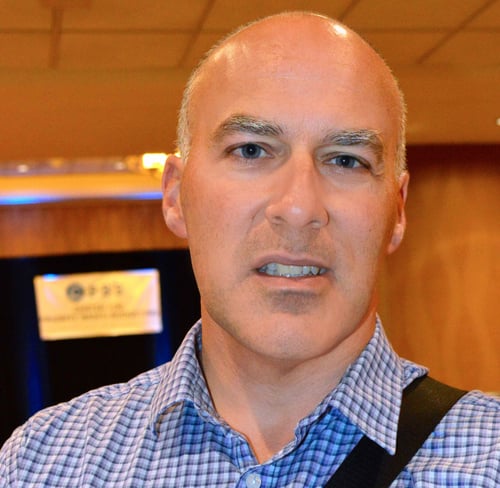 “One of the themes across the conference was the ability to tell a story and connect with stakeholders, whether they be the community, council or your internal administration.  I think this tool allows everyone to use the same language.  People can resonate with a story.” -  Kelly Rudyk, Director of Corporate Planning and Intergovernmental Affairs for Strathcona County, Alberta, Canada 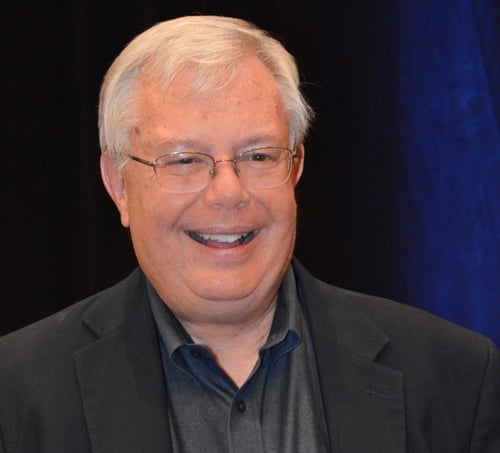 “[In local government] we talk about fiscal sustainability, but we don’t practice it very much.  We need to make sure everybody sees not only today, but what the future looks like and how things might change so that we can respond to it now.  It’s better to respond to something when you have time to fix it, rather than waiting until the brick wall hits.”  - Jon Johnson, Co-founder of Center for Priority Based Budgeting 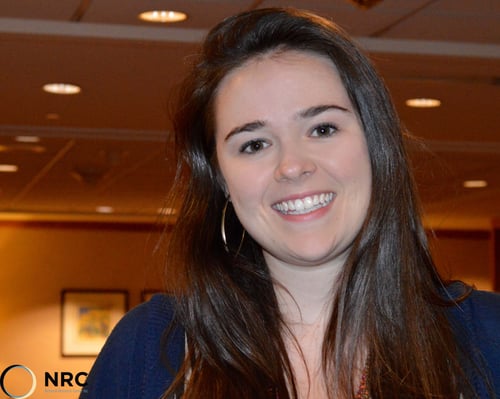 “Survey data can help the budgeting process, allowing you to understand what your residents not only want out of your budget, but also the way they are currently perceiving your budget.  As a baseline, this data helps you understand what your citizens’ priorities are and that serves the bottom line of a City budget.”  - Annika Erickson-Pearson, Survey Specialist for National Research Center, Inc. (NRC) 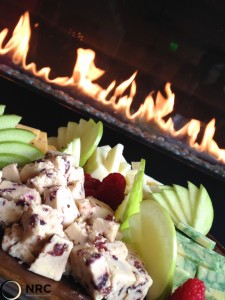 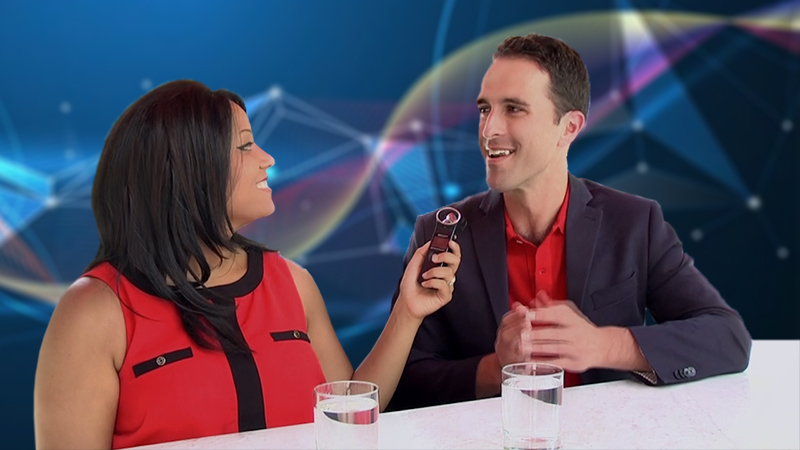 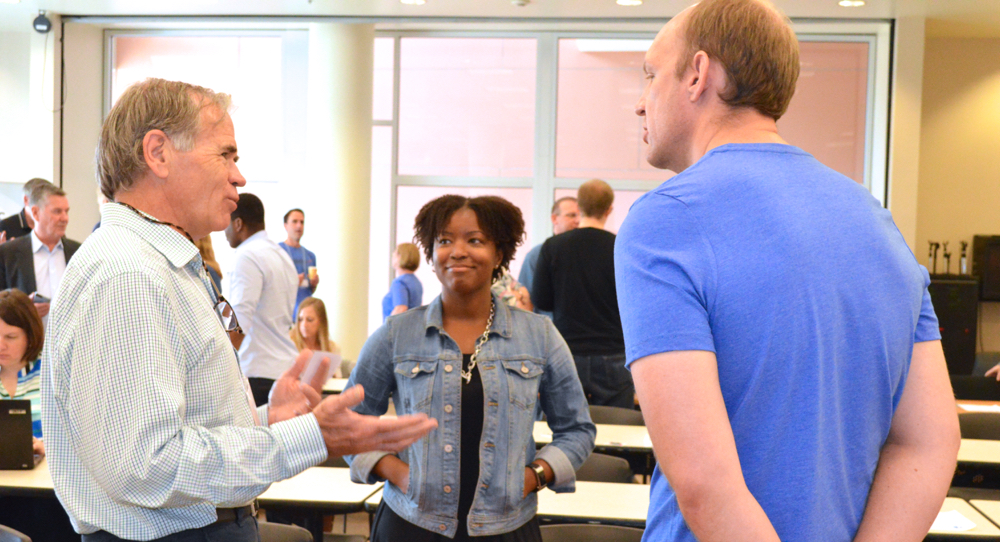 How to Get Buy-in for Priority Based Budgeting 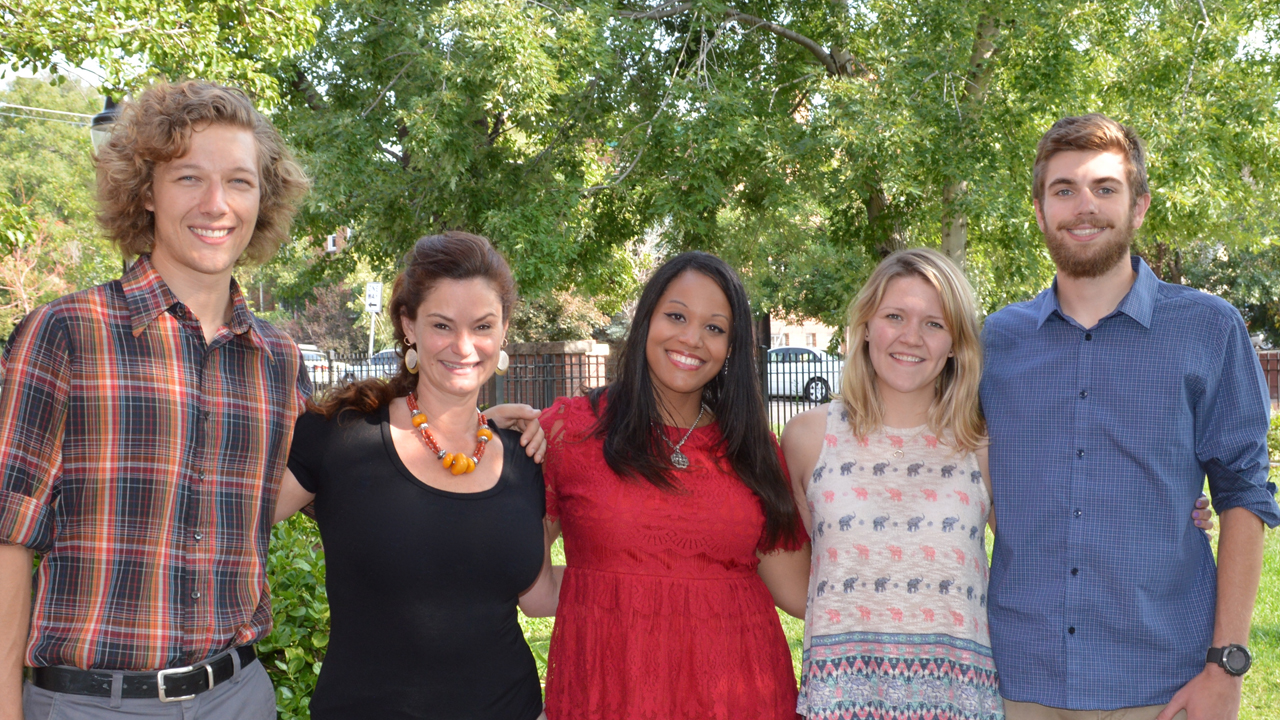