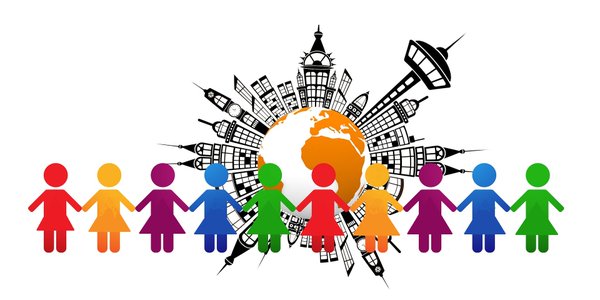 What an incredible experience it has been researching powerful women who have influenced America and the world. These women not only changed the course of history, but pioneered women’s involvement in local, national, and international government. I have gathered some notes on individual women and specific moments that really inspired me throughout our celebration of Women’s History Month. 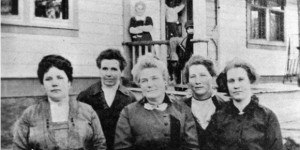 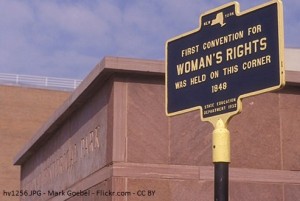 The first gathering for women’s rights took place in July 1848 in Seneca Falls, NY. This inspired a commemorative plaque at the convention site and a National Historical Park, recognizing the impact of this convention on history and honoring it for years to come.

3. The First Woman to Vote in the United States

4. The First Woman to Run for President of the United States of America 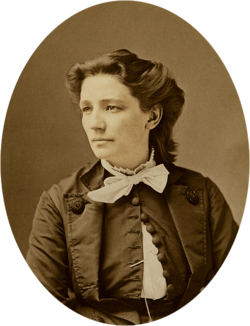 An American leader of the woman’s suffrage movement, Victoria Woodhull carried the right to vote victory into a Presidential race. She was the first woman to run for President of the United States. Abolitionist Frederick Douglass was to be her running mate, making him the first African-American nominated for Vice President of the United States. Though she ultimately lost to Ulysses S. Grant, Woodhull continued to campaign for Equal Rights.

Susanna Madora Salter served Argonia, Kansas in 1887. It took 39 years after women won the right to vote for a woman to be elected Mayor. This was a giant step forward for womankind.

6. The First Woman on U.S. Currency

The historically famous Native American woman Pocahontas graced the $20 bill between 1865-1869. The bill image featured a gathering at Pocahontas’ baptism into the Christian church, where she was given the Christian name Rebecca and married to John Rolfe. In 2015, it was announced that a woman may replace Alexander Hamilton on the $10 bill. The identity of this woman has not yet been released, but contenders include Eleanor Roosevelt, Sacagawea, Susan B. Anthony, Harriet Tubman and Amelia Earhart. 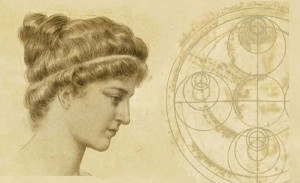 It is not known for sure who the first female philosopher was, but Hypatia was certainly among them. Hypatia was the daughter of the last known member of the library of Alexandria, Theon. She was a Greek philosopher and head of the Neoplatonic School at Alexandra, studying the relationship and shape of the solar system. Her impact on science, philosophy and society came long before a time where women were accepted in positions of power and knowledge. Like many throughout history, Hypatia’s life was lost to the opposition between science and religion.

8. The Largest Women-Led Business in The World 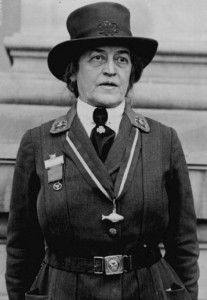 As a childhood Girl Scout myself, I already knew of Juliette Gordon Low. While visiting Savannah, GA (the birthplace of Low and Girl Scouts), I insisted on touring her home to honor her legacy. The Girl Scouts first began when Low gathered 18 young women to teach them outdoor wilderness skills. The Girl Scouts has since become the largest, global women-led business, encouraging young girls’ individuality, strength and intellect. And let’s not forget about their fundraising efforts with unrivaled cookie sales, yum! 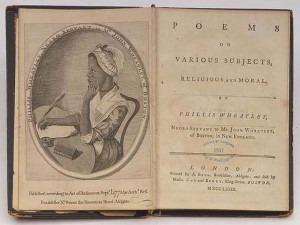 Phillis Wheatley’s Poems on Various Subjects, Religious and Moral was published in 1773, making this the first publication written by an African American Woman. Wheatley was lauded by government leaders like George Washington for her literary clout. In 1775, she sent him a copy of a poem entitled, “To His Excellency, George Washington.” In 1776, Washington invited Wheatley to visit him at his headquarters in Cambridge, Massachusetts in March of 1776. She accepted his invitation and the poem was published in the Pennsylvania Gazette one month later. 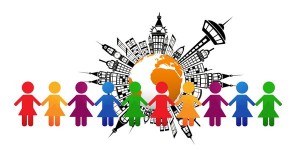 These are only a few of history’s influential women. After all the contributions women have already made, we continue to write history as we work towards full equal rights in the workplace, politics and ever-changing social climates world-wide. I, for one, look forward to the progress that women continue to make in local government leadership and beyond.