Trump Your Inner Self

A left leaning fellow I know asked rhetorically about the putative Republican front-runner: “Doesn’t he appeal to your inner Trump?” I questioned what he meant by that, assuming that the small space reserved for Republican candidates in the mind of a liberal would have yellow tape barring entry for a Trump candidacy. “Trump says stuff we wish we could say,” he explained.

The disquieting truth may be that, whether politically left or right, Americans are careful about what we say because, though we know what is right or wrong, our brains hide gobs of socially suspect material. Does your hidden curmudgeon sometimes want to get in the waiter’s face about the small portions, the greasy vegetables and the wilted salad, when instead you respond to his question, “How’s everything tasting?” with, “Fine.”? This is not political correctness. It is human (or maybe just American) sensibility. In general, Americans do not want to offend.

There is some striking survey research suggesting that the tendency to be generous extends to more than restaurant servers. When a random sample of Americans are asked by telephone interviewers what they think about their personal lives, minority groups, the quality of their communities or politics, what they say is similar to what we say to the waiter – something more polite, more positive, more of what we think the questioner wants to hear than what we really feel. Researchers have uncovered this secret by asking the same questions where no one is looking. Under anonymous conditions, the answers are not nearly so sweet.

For example, Pew Research Center writes that people are far more likely (62 percent v. 44 percent) to report being satisfied with their family life when they must confess to a telephone interviewer than when they report their satisfaction in a “secret ballot” (read, self-administered questionnaire on the Web). A majority of Americans agree that there is a lot of discrimination against gays or lesbians, African-Americans and Hispanics, but only when asked by telephone interviewers. By Web survey, less than a majority think there is a lot of discrimination against any of these groups. Even when asked about community quality by a telephone interviewer, 37 percent rate their community as an excellent place to live, but only 30 percent of a roughly equivalent group gives the same rating on the Web.

So what do we REALLY think about the candidates? Since you’ve gotten this far, it shouldn’t surprise you that Mr. Trump has more avowed supporters in Web surveys than in phone surveys – by about 10 percentage points. In private, more folks are willing to admit their inner simpatico with Trump but they are reluctant to declare their support out loud. The average American adult feels cautious about associating with Mr. Trump’s happily ungoverned candor.

There is nothing like anonymity, for good or bad, to bring out the inner you. So self-administered survey results likely will offer more genuine perspectives than phone or face-to-face questionnaires. What is not known, at this writing, is how many inner Trumps and how many outer Trumps will show up for caucus night.

This post originally appeared on the ASPA National Weblog. 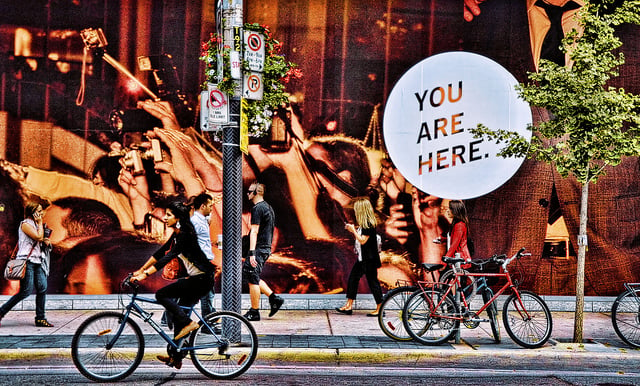 2013 Voice of the People Award Recipients