Youth and Diversity in Local Government

With current Richmond, CA City Council Member Jael Myrick
Myrick was the Vice Mayor of Richmond, CA at the time of this article's initial publishing.

Richmond, CA is one of very few places in the U.S. which includes a question in The National Citizen Survey™ (The NCS) about resident experience with unfair treatment due to race, ethnicity or color.  We wanted to learn more about issues of diversity and youth in Richmond from the perspective of one African American council member who joined the city leadership as one of its youngest members ever.

Serving his community as City Council member of the Richmond City Council is a work of passion for Jael Myrick.  Born and raised in Contra Costa County, CA, Myrick couldn’t be happier to work in the community he’s always called home.  “There is something awesome about my job, to advocate for everybody that I grew up with.  When I think about who is going to be impacted by these policies, I’m thinking about my best friend, my brother, my parents, the people I went to high school with, the people I go to church with.”

The Path into Public Service 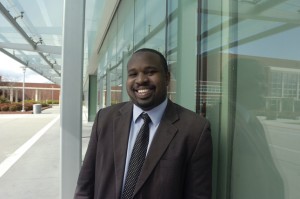 Since childhood, Myrick was interested in politics.  He recalls being fascinated with presidential elections at age seven and joining the debate team in high school.  At age 20, Myrick joined the California League of Conservation Voters, which inspired him to start his own organization. He founded Standing to Represent Our Next Generation (STRONG) at age 21, to bolster youth civic engagement and support issues that young people cared about.  He met California State Assemblymember Nancy Skinner in 2008 and joined her staff in 2009.  Myrick was chosen to serve the Richmond City Council at the young age of 27 in 2013, and has been a strong advocate for youth and diversity.

“I had a number of ideas, like The Richmond Promise,” Myrick recalled the inception of the program he would become most proud of.  “The basic idea is that if you live in Richmond and you go to public school here, we’re going to make sure you have money for college,” Myrick explained.  Funded by Chevron, The Richmond Promise grants money for college to any student who graduates from a public high school in West Contra Costa School District.  Just one part of a larger community benefits package, Myrick negotiated the deal along with now current Mayor Tom Butt and former council member Jim Rogers.

Myrick said, “If we are able to get it right and make sure that it’s sustainable, it will impact the lives of thousands of young people hopefully for generations to come.”  Myrick attended Kennedy High which is considered an under-resourced school.

“I think that kids who go to high schools like mine need to know that leaders in their community have confidence in their ability to succeed,” he said.

As a younger man recently dealing with issues of college affordability himself, Myrick placed significant importance on The Richmond Promise, which began benefiting high school graduates in 2016.  Jael attended La Sierra University and continued his education at Hayward Chabot College.  He said the huge costs of higher education created a major road-block for him in finishing college.  “In this age, college is simultaneously more important than ever and it’s more expensive than ever.  The debt that my generation is graduating with is staggering.  I want the next generation of young people in Richmond not to have that worry.  All I want them thinking about is ‘What do I want to do with my life?  What school do I want to go to?  What do I want to study?’  I want them thinking about that.”

Overcoming Stereotypes of Youth and Diversity in Local Government

While he loves being a part of City Council, Jael Myrick does not pretend his role is easy.  He encourages youth and people of color to pursue positions of leadership, but does warn them that there are challenges ahead.  “You have to have thick skin,” Myrick said.  “You have to realize that people are going to talk about you.”

A black man politically engaged at a younger age, Myrick has seen issues regarding race and age arise in even the most diverse environments.  He had seen politicians of the past cry racism when on the losing side of an issue or having his perspective disregarded because of his age.  Myrick said these types of attacks create a negative political culture.

He says race relations are not the big issue for him in Richmond.  “It’s not being a black man that’s the challenge.  It’s being a young black man,” Myrick explained the effect he’s seen of stereotypes.  “The stereotypes right now are not about older black people.  They are about young black people.  The stereotypes are not that [older black men] are going to be thugs and are going to rob you.  The stereotype is that a 20-year-old black guy is going to rob you.  As a result of that, I have to be a lot more careful in the way that I conduct myself.”

“Older black men can quote ‘talk black.’  They can speak in a way that older generations of African Americans can relate to.  But I come from a hip-hop generation…If I got up in front of council and started using a whole bunch of hip-hop slang, I would be looked at as if I can’t be taken seriously anymore.  So I can’t do that.  I have to speak professionally … in a way that some would call ‘talking white.’”  It’s a dichotomy Jael has learned to see the humor in.  “When [opponents] say I’m not really black [because of the way I speak]… what they are really saying is I’m professional,” he laughed.

When conversations go awry, Myrick says it’s important to “remain loyal to what you know is right and do your best to represent the values that have always motivated you.”

Richmond City Council is racially diverse with African American, Hispanic, White and Indian representation.  Diversity and equality of treatment are important to Richmond, further evidenced by a custom question asked on The National Citizen Survey™:

“In the last year, how often, if at all, did you worry about you, someone in your family or any other person of your same race, ethnicity or nationality experiencing unfair treatment because of your race, ethnicity, or color?” 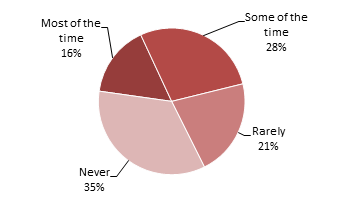 Myrick said it’s not surprising that Richmond would insist on this question being asked in The NCS™.  “You have in Richmond a community of diverse background that is used to being involved and engaged and being on alert for any type of racism or discrimination.  We’re prime to want to battle against and prevent that.  If racial discrimination is happening, we want to stamp it out immediately.”

Myrick added that diversity is important to City Council in part because it’s important to the constituents.  “If democracy is working, your elected officials should be a reflection of your public.”

If there are changes the community would like to see, Myrick says the voters have the power.  “You saw it in Ferguson,” he recounted Missouri headlines earlier in 2015, when Ferguson saw a higher voter turnout and two more African Americans added to their City Council, one of whom is the first black woman ever to serve in Ferguson’s City Council.

Myrick believes it is critical for underrepresented constituency groups to be civically engaged, including young people.  “The benefit or damage is going to be on the shoulders of future generations … The problem is, if you’re not voting or just not engaged, somebody else is.  So you can complain about things being bad or you can get involved.”

To those who would consider taking on leadership roles, Myrick says, “Go for it.  Understand you’re going to make mistakes and it’s not going to be simple.  But hard as it is, you get to do some amazing things.”

Myrick hopes to see his initiatives, like The Richmond Promise, grow and be successful.  His heart is tied to Richmond, and he wants to see the city thrive for future generations.