How This College Town Strengthened Relationships Between Residents and Law Enforcement 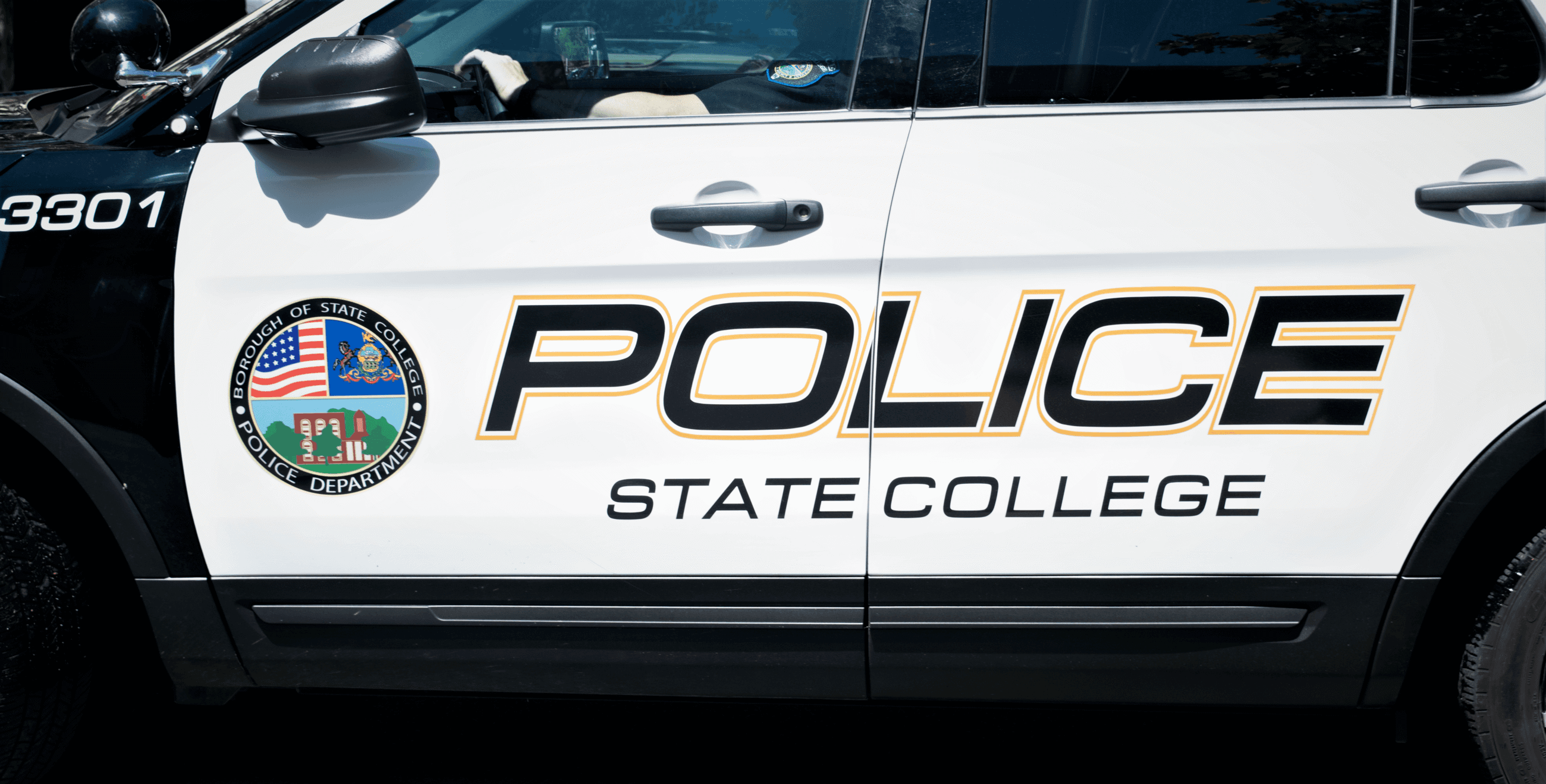 After two incidents prompted a community conversation about law enforcement, the Borough of State College utilized Polco’s community engagement tools to decide how to move forward

After two tragic shooting incidents occurred in their community in 2019, officials at the borough of State College, Pennsylvania, knew they needed to hear from residents in order to move forward.

Because one of the incidents involved a State College police officer, the borough decided to conduct The National Law Enforcement Survey to get representative input from community members.

The borough is home to Penn State University. So when conducting The NLES, leaders wanted to hear from both college students (which the borough calls “short-term residents”) and long-term residents.

Borough staff work hard to make State College a place where short-term residents can become long-term residents. “I feel like that discussion comes up here a lot. How do we get young professionals to stay here?" said the borough’s Communications Specialist, Kayla Lafferty.

The conversation around law enforcement was, and continues to be, an important way for the borough to engage with both students and residents who have lived in the borough for years.

Catalysts for The NLES

The borough has a large police department– around 60 sworn officers– because the department provides service not just to State College Borough, but also to other nearby jurisdictions.

“We originally wanted to do the survey because we had an officer-involved shooting in our community, which was something that had never happened here before. And at the time there was a lot of negative spotlight on police,” Lafferty said. “A few months before the officer-involved shooting, we had a shooting at a hotel in the community. And again, that is not common– that doesn’t happen here.”

After these two incidents, it was critical for the borough to find out what residents were thinking.

“You can hear from this person or that person, but you don’t understand how much they’re actually representing the feelings and voices in the communities,” Lafferty said. “So the survey was to help every resident share their voice.”

The borough experienced a large protest after the killing of George Floyd– one of the biggest protests the jurisdiction had ever seen. Both short-term and long-term residents participated.

“We wanted to get an understanding of where everybody was at, to hear their thoughts and viewpoints. Was there absolutely no trust anymore? What are they looking for? Did they need more transparency? Because obviously, we want people to feel safe in their community, and we were unsure if they did,” Lafferty said.

The borough conducted The NLES within a year of the officer-involved shooting to get an understanding of resident sentiment. Community leaders wanted to go beyond social media to hear from a representative sample of borough residents.

“What you get on social media isn’t always representative of the whole community,” Lafferty said. “Sometimes it is, sometimes it's not. And so, wanting to really get that more broad public sentiment, especially in the community where [this type of violence] isn't common.”

After conducting The NLES, the borough posted the survey results on their website.

Survey respondents gave ratings that exceeded the national benchmark for five of the services provided by the State College PD, including responding quickly to emergency calls (86% excellent or good), managing political protests (78%), working to increase school safety (67%), crime prevention (66%), and responding to community interactions with the homeless (63%).

Overall, the quality of services provided by the State College Police Department were rated as excellent or good by 71% of residents, a rating that was higher than the national average.

Strained police-community relationships also were seen as a major or moderate problem for 4 in 10 residents, although this was similar to the national benchmark.

Residents showed that they wanted a stronger connection between the Police Department and the community. At least three-quarters of residents said that increasing connections with the community, increasing resident accessibility to police and police-related information, and school safety and security should be a high or medium priority for the PD for the next two years.

In order to address this desire for more connection, the borough worked with the police department to create a new Community Oversight Board.

“The board is part of the borough’s commitment and the police department’s commitment to be transparent to the community,” Lafferty said.

Both short-term and long-term residents can apply to be a part of the board. The application is for anyone that lives in a jurisdiction that the police department services. Board members include Penn State students as well as long-term residents, who receive training to serve on the board.

The Next Iteration of The NLES

State College is conducting their second iteration of The NLES this year. Lafferty explained why.

“We are surveying again to see where we’re at. Have we made any progress? Do our residents feel worried or pleased with the progress we’ve made?” she said.

The borough also uses Polco to ask residents for input on a number of topics, from inclusionary housing to downtown commercial vacancies and beyond. They utilize the Polco Library to find expert-created survey questions. “We don’t need to reinvent the wheel,” Lafferty said. 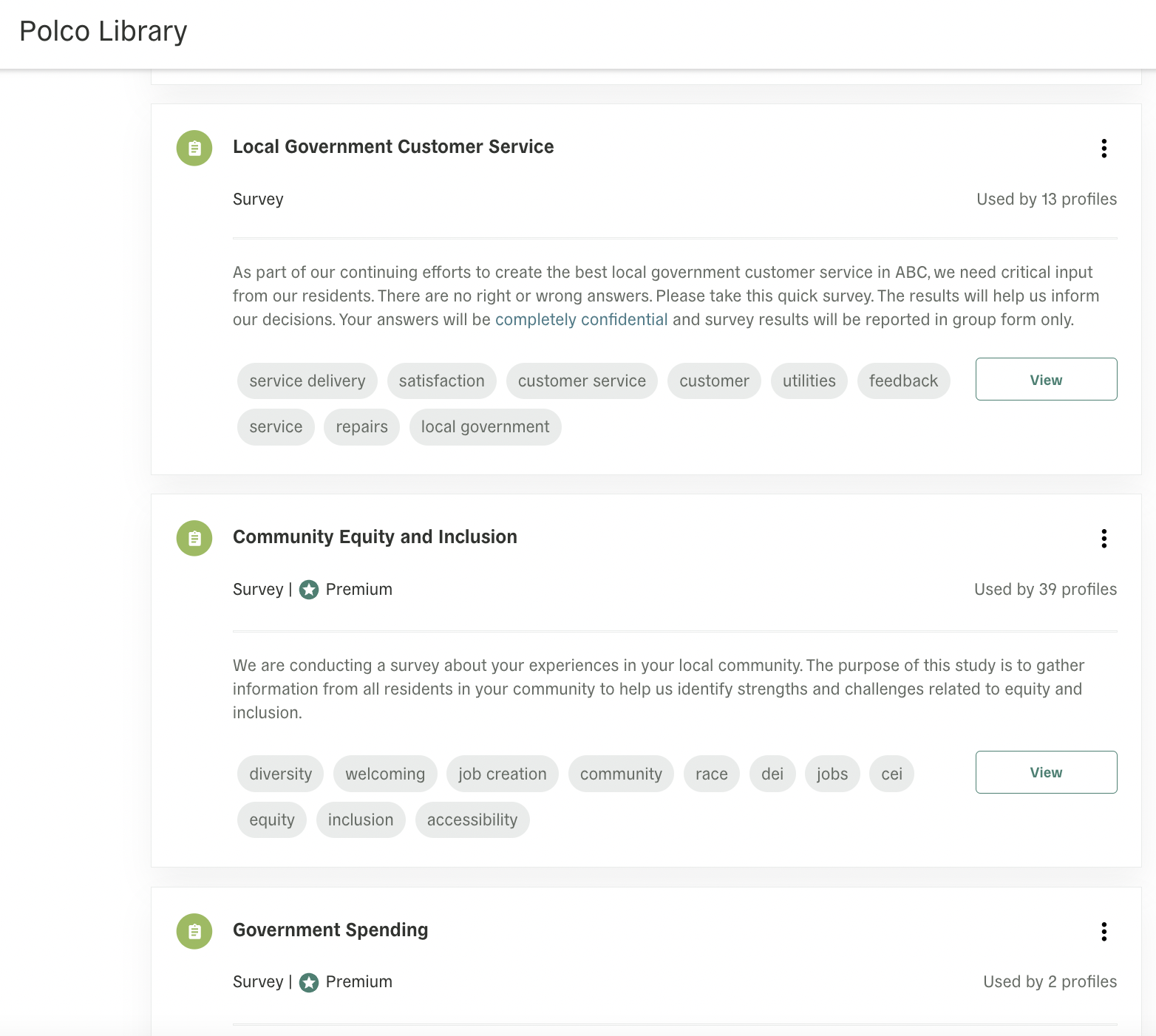 Pairing a robust scientific survey with shorter surveys for the community throughout the year helps borough staff like Lafferty keep a pulse on what community members are feeling.

Find out how to use The NLES in your community.