This is the first of a four part series on local government mentorship.

Brent Stockwell serves as Assistant City Manager for the City of Scottsdale, AZ.  He has taken leadership roles in everything from strategic planning to improving work-life through employee surveys.  Stockwell is also an active ICMA members and has given presentations and appeared on panels at major conferences.  He has worked in local government for well over a decade and has always shown an interest in helping young people achieve their dreams.  In this interview, Stockwell describes the role that mentorship has played in his own career.

Angelica:   Why is mentorship important?

Brent Stockwell:  We all have dreams for our lives and careers, and it’s helpful to listen and learn from those who are farther along the journey – both the good and the bad. Entering into mentoring relationships takes an important admission that you don’t know everything and that you’re ready and willing to learn.

Who has been a mentor in your own life?  What did they do for you?

One of my mentors was Barbara Burns who was Assistant City Manager when I first started at the City of Scottsdale 15 years ago as a citizen liaison. I wanted to work eventually in the city manager’s office and I asked her if she would be willing to mentor and coach me. We met several times, and shortly thereafter, our City Manager Jan Dolan invited me to join her team in the city manager’s office. The biggest thing that Barbara did for me was show interest in me and my career. I just saw Barbara again recently and she congratulated me on becoming Assistant City Manager in Scottsdale. It’s amazing what you can accomplish when you know that others whom you look up to believe in you and are interested in your success!

Why have you decided to take on a mentor role?

I have mentored a number of students and younger professionals over the years, and just signed up to volunteer as a mentor through our state association. Like a lot of things in life, I feel it’s important to “pay it forward” and offer to others what you’ve been given in life.  Coaching and mentoring is one of the greatest gifts I’ve received. Early in my career, I took a job working with junior high and high school students simply to “repay” those who had invested in my life as a teenager.

One life lesson I’ve shared over and over is advice that another mentor, Louis Hill, gave me early in my career. I had just resigned a position giving six weeks’ notice because I had accomplished my goals, there was no other position for me in the organization and was ready to move on (the job was completely stressing me out). But I didn’t have another job lined up. [Hill] said if I had spoken to him before I resigned, he would have tried to talk me out of it. His advice? Never resign a position without having another one. He understood I was being fair to my employer by giving them time to replace my position – but I needed to think of myself and my family first – and that’s OK. I’ve passed on that advice again and again. 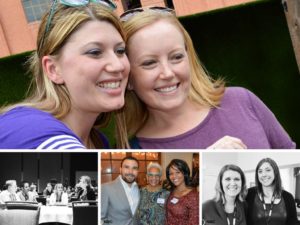 This article originally appeared on ELGL.org

Previous Story
← What You Should Know to Build a Smart Tagging Strategy
Next Story
The Local Government Mentorship Movement: Patricia Martel →