Older Adults Are Working Longer, but for Very Different Reasons

Some older adults choose to work into their retirement years. Others feel like they have to.

Older adults are retiring later, but for two entirely different motives: necessity and desire. On one hand, it can mean that older workers are happily employed and fulfilled by their work. On the other hand, many continue the daily grind because they can’t afford to retire. 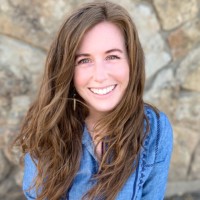 Erin Fisher is the director of Vintage, a regional Colorado Area Agency on Aging (AAA). Vintage provides services for the older population in Northwest Colorado’s Alpine region, which includes six mountain counties. Their area participated in the statewide Community Assessment Survey of Older Adults (CASOA) in 2010 and 2018. The survey asks the older population their thoughts on the quality of life in their community.

In 2010, Vintage’s CASOA report showed 55% of respondents in the Alpine Region were fully retired. In 2018, that number decreased by almost 10%. This decrease is reflective of a national trend. Today, about 19% of all workers are over 65, according to the Bureau of Labor and Statistics. That’s 10.6 million people, a number that is expected to increase to 16 million by 2030.

When Fisher was studying for her master's in gerontology, she learned the three-legged stool of retirement: savings, pension, and social security. Now that pensions are a thing of the past, particularly in the private sector, what's left is a wobbly, precarious stool.

Adding to the challenge, social security is nearing depletion and the high price of just about everything is chipping away at personal savings. National 2022 CASOA data show that only 34% of older adults feel positive about affordable quality housing in their communities, and 38% feel good about the availability of affordable health insurance.

Fisher also often encounters older people who have diligently saved, but a catastrophic medical event has wiped out their safety net or they underestimate the costs of long-term care. Only 37% of CASOA respondents say they feel positive about the availability of long-term care in their communities.

“People say, I have $400,000 saved,” Fisher said. “Well, if you're in a private, skilled nursing home, that will buy you four years of care and that’s it.” Erin Fisher, Director of Vintage

On the bright side, many older adults continue to work on their terms. Studies show that continuing a career is correlated with longevity. Working maintains physical and cognitive health, as well as positive relationships with coworkers.

“When you look at the Blue Zones, the areas where people live the longest, one of the factors that contribute to life expectancy is having a sense of purpose. Some people find that in working a paid job,” Fisher said.

Working for the purpose of life fulfillment is changing ideas around traditional retirement.

“We are reimagining what retirement looks like,” Fisher said. “It’s having a flexible work environment that allows for more of a phase-out approach. It’s like, ‘Okay, my goal is to retire at this age but I am going to spend the next four years mentoring someone else as they move up. Or I am going to retire, but I am going to go back and contract with the company.’”

Regardless of full-time or part-time schedules, older adults working longer is also better for the economy as a whole. And right now, the economy needs them.

The Global Population is Aging

And while life expectancy has increased, birth rates have continued to decline since 2008. It’s drastically altering the ratio between younger and older people within first-world communities. The US Census Bureau reported there will be more Americans over 65 than children under 18 by 2035, which means there will be fewer young people available to fill jobs. It also has implications for what the future of health care and caregiving might look like. Because of this, some have pushed the narrative that older adults will be a burden on society. But that’s not the case.

Older workers increase tax revenues and stimulate economic growth. In Colorado, older adults contribute about half of the state’s GDP. Fisher says the contribution in her region is over $604 million per year. On a national level, the 50-plus group (34% of the population) makes up 40% of the country’s GDP. Older adults are also the biggest spenders and the wealthiest cohort.

However, contributing economic fuel won’t bring comfort to older workers who want to retire but can’t afford to do so. Fisher says making sure people are financially prepared for retirement is one of Colorado’s main goals in older adult planning.

Saving is critical, but often a luxury. Fisher says the country needs bigger systemic changes in health care and social services at the state and federal levels to help older workers in a more practical way.

“We can support older adults now by talking to Congress and our senators,” she said.

Learn how CAOSA can give you data for decision-making directly from your adult community. And for more older adult research, download our white paper.