Survey: Community Policing Services Highly Rated Across the US

The vast majority of Americans report an overall feeling of safety in their communities, and eight out of 10 people rate the overall quality of policing in their communities as “excellent” or “good,” according to results of National Research Center’s (NRC) The National Police Services Survey (The NPSS).

Additionally, most residents report feeling “very” or “somewhat” safe in their neighborhoods and their community’s downtown.

Kobayashi points out that relationships between the public and community policing agencies have become strained over the past decade — due in part to tragic events that have occurred between police and citizens and the related media coverage. NRC has also found that community safety is always cited in NRC’s The National Community Survey™ (The NCS™) as a top priority for community residents.

“Being safe is paramount to having a livable community and probably the most important asset a community can have,” says Kobayashi.

To help local governments dig deeper and understand how community policing is fairing in their jurisdictions, NRC developed The NPSS. To ensure its relevancy, NRC sought and received input and guidance from experts at the Bureau of Justice Assistance (BJA). 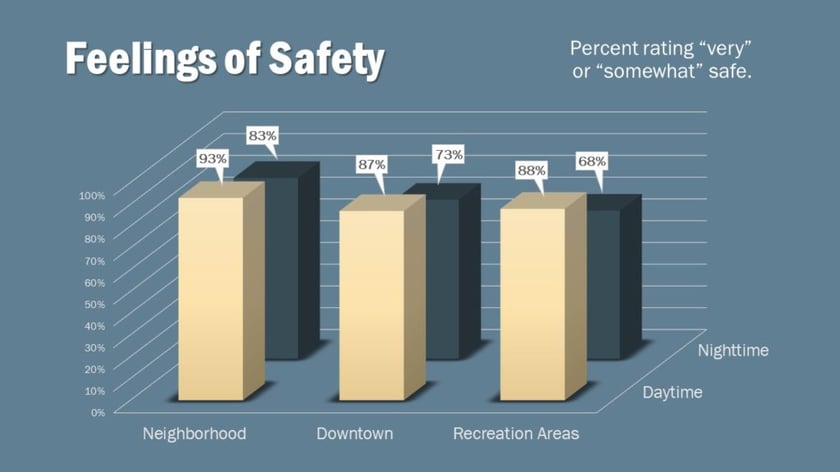 Data from The National Police Services Survey™ (The NPSS™)

Ensuring residents feel safe is only part of the motivation. The NPSS should also be used to help identify challenges as a first step in improving employee satisfaction among officers and support staff within policing agencies.

Additionally, community leaders can learn more about how law enforcement staff members feel about their jobs through NRC’s The National Employee Survey™ (The NES™).

To collect benchmark data for The NPSS, NRC surveyed a representative, nationwide panel of 2,000 U.S. residents. The survey asked respondents to rate their local policing services and identify safety issues and priorities in their communities.

The purpose of the benchmark assessment is to provide nationwide data to assist local governments in creating community-centric policing models. The NPSS will be available for implementation in communities within a matter of weeks. Local officials and police leaders will be able to compare their results to the national benchmark.

“We’re hoping that through this survey, residents, business leaders, and police officers can work together to strengthen their relationships and maybe even build some that have been waning over the years,” Kobayashi says.

In the survey, residents are asked to identify public safety priorities for the next two years. School safety and security, drug enforcement, and control of juvenile crime came in as the top three priorities in the benchmark assessment.

Somewhat surprisingly, the next three priorities on the list all involve collaboration between law enforcement and the community, including working with residents to solve neighborhood problems, increasing connections with the community through forums and relationship-building events, and increasing resident access to police and police-related information. 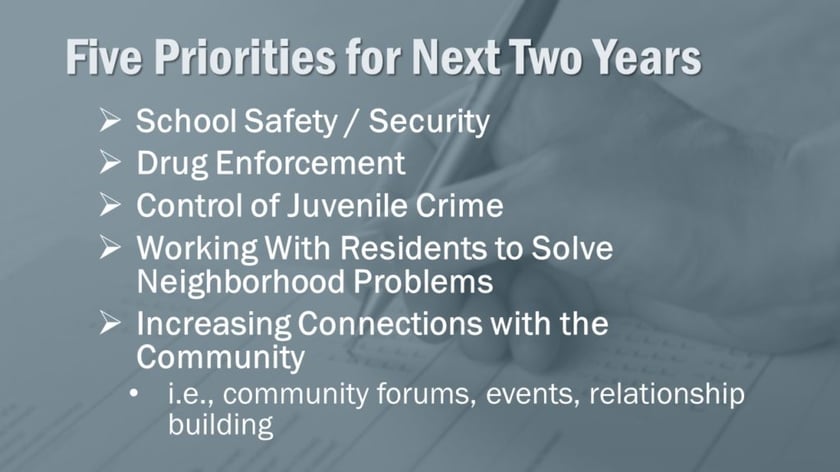 Results from The National Police Services Survey (The NPSS)

Kobayashi says she commends DCI conference-goers for their efforts to improve their downtowns.

“One of the things you’re doing, by making your downtowns more vibrant, you’re usually making them safer,” she observes. “By increasing that safety and helping with the relationships between policing and business owners and residents, you’re actually doing a really big service to your community by increasing the perceptions of safety . . . The work that you’re doing in terms of making people feel safe and connected is really important.”

Often, public perceptions of policing are determined by media coverage and less by an individual’s actual encounters with law enforcement officials.

She says experts who assessed the survey determined that perception – as opposed to direct interactions with policing agencies – takes priority over actual experience and is what ultimately affects an individual’s relationship with community law enforcement.

“With local governments especially, perceptions are the bottom line,” she says. The NPSS is the first step to help jurisdictions understand what residents think about local policing. These surveys may uncover areas to make specific changes, but how should local governments work to overcome any misconceptions they discover?

Knowing how residents broadly feel about their communities is a vital step. To learn more about The National Police Services Survey (The NPSS) or to find out how you can get started with a survey in your community, contact us. 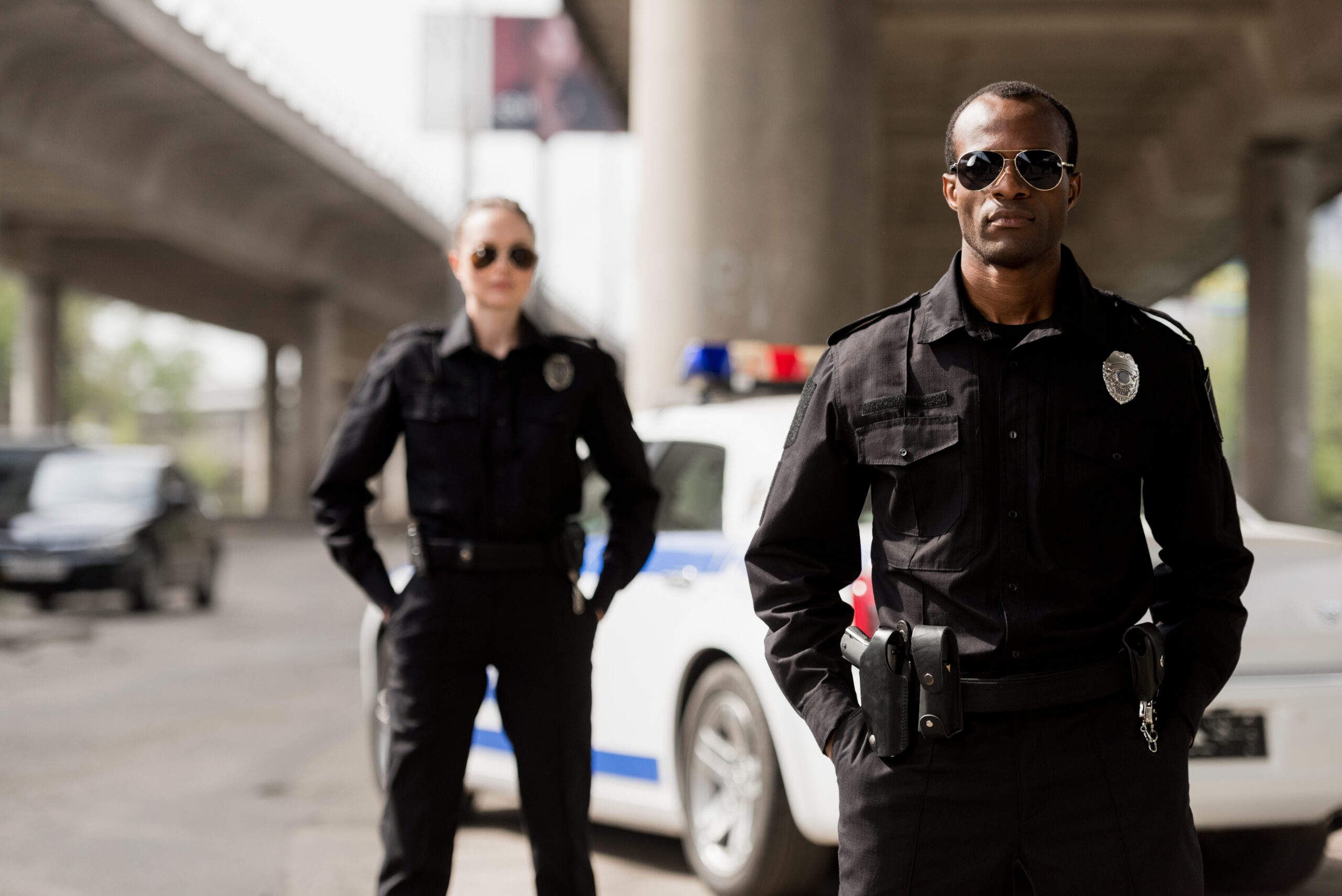 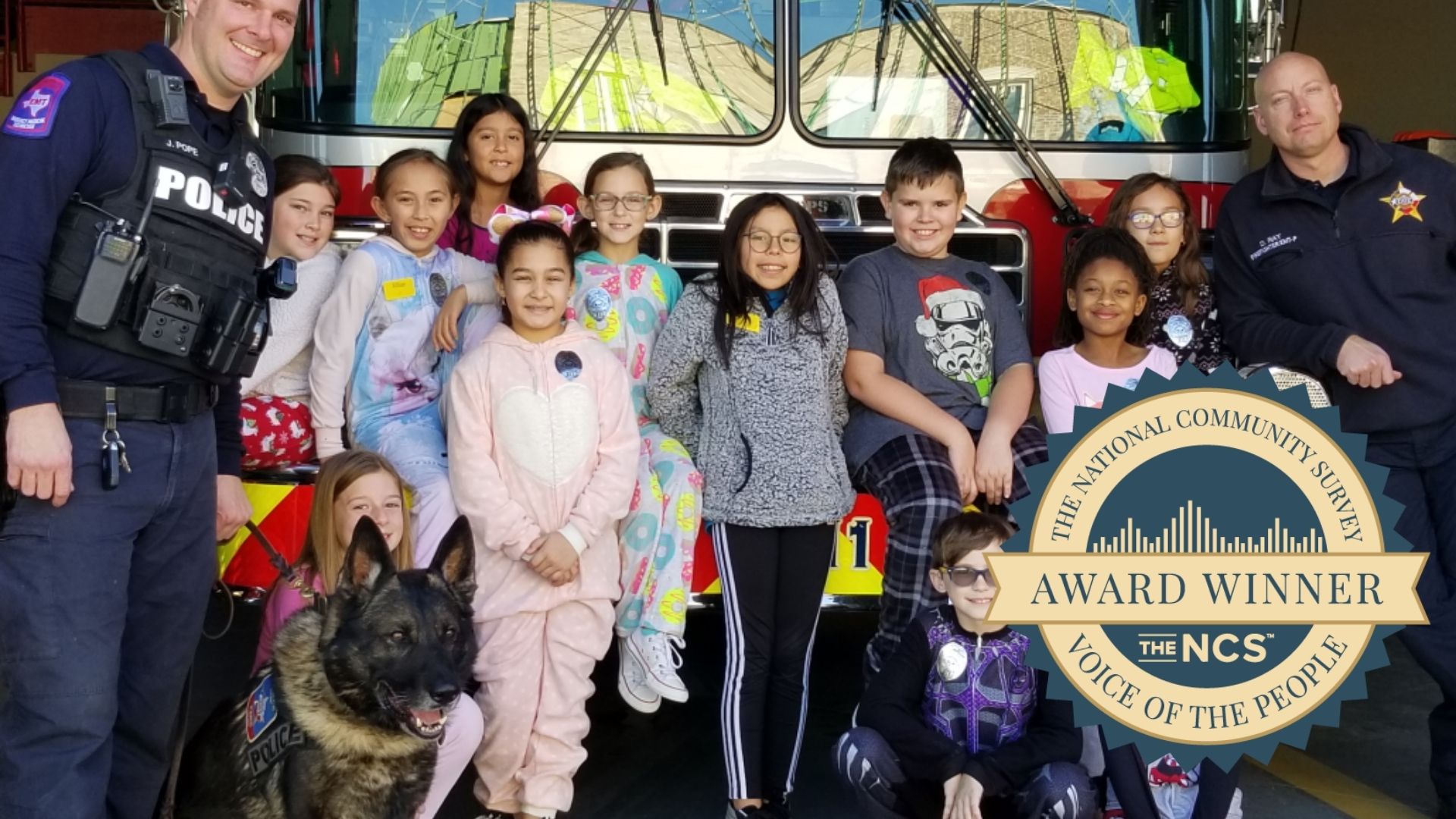