How Wichita Made Community Engagement Its Core 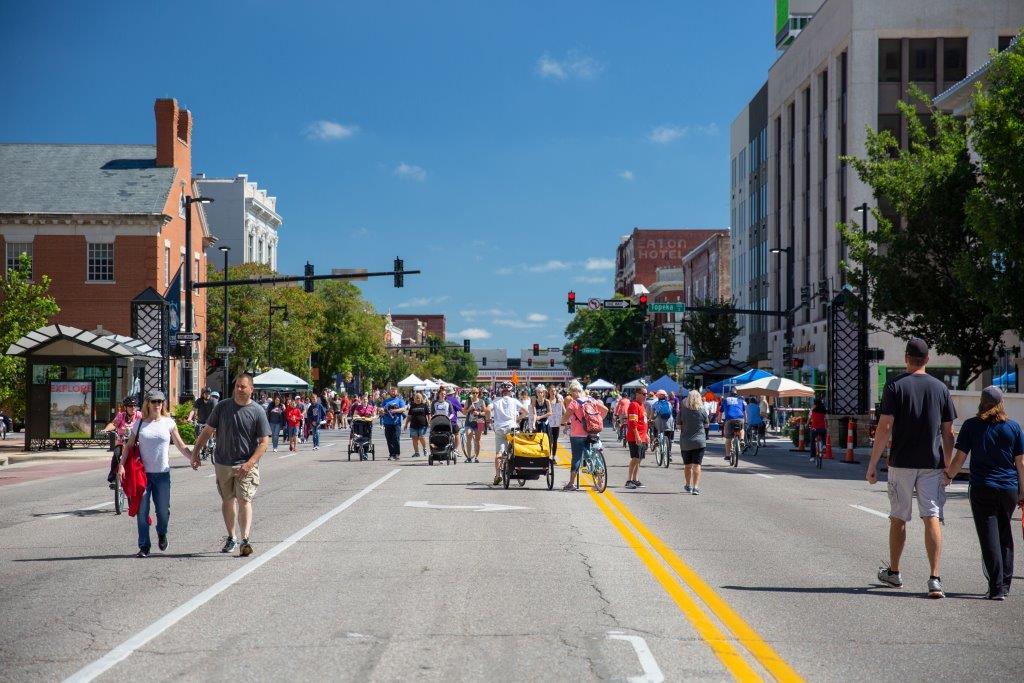 Wichita, Kansas transforms resident involvement by making it central to everything.

It wasn’t always that way, however. When Wichita’s City Manager went on an employee listening tour in 2016, lifting resident voices came up over and over again. Resident feedback was so desired by the staff that community engagement became an organizational value.

“The idea that engagement with the community is core to the organization, rather than an add-on, has fundamentally changed the organization’s approach in the past three years,” said Elizabeth Goltry Wadle, budget officer for the City of Wichita.

The City developed a strong framework for resident involvement to bring Wichita’s values to life.

“The City of Wichita has a community engagement framework that allows for inclusive, collaborative decision-making, and problem solving. A combination of traditional engagement strategies is complemented by approaches that reach residents in non-traditional ways,” Goltry Wadle said. 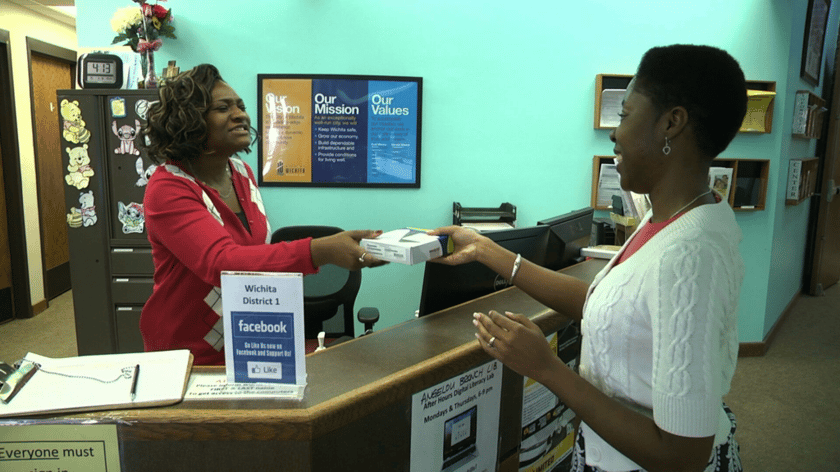 Data show that Wichita’s efforts are paying off. The City of Wichita regularly conducts The National Community Survey (The NCS) to gather feedback from community members. People are much more involved in their community when comparing 2016’s results to 2018’s. They are more likely to participate in community matters, attend a local public meeting, and contact elected officials. 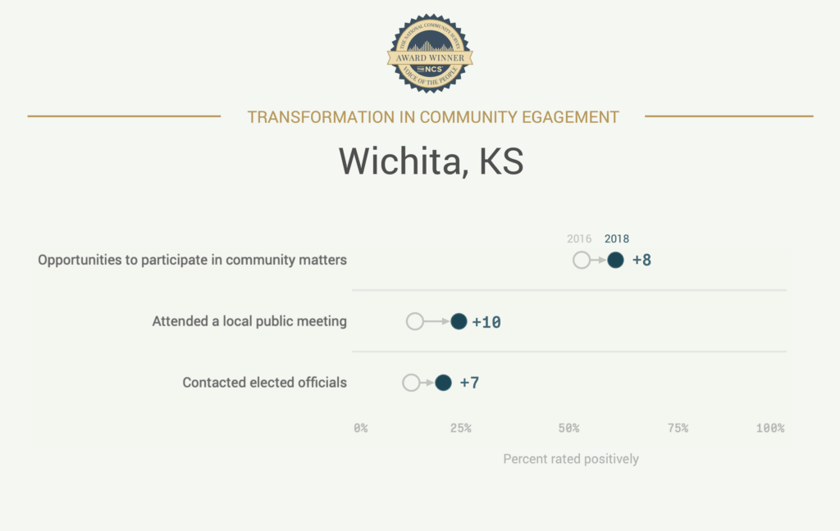 “We strongly encourage our clients to use their survey data for performance measurement, budget allocation, and/or strategic planning rather than letting the data collect dust on a shelf,” said NRC Senior Research Analyst Jade Arocha.

“The ability to see precise ratings changes as a result of Wichita’s robust recent efforts to engage the community is invaluable. Without the biannual survey, we wouldn’t know what effect, if any, these outreach efforts would have had,” she added. 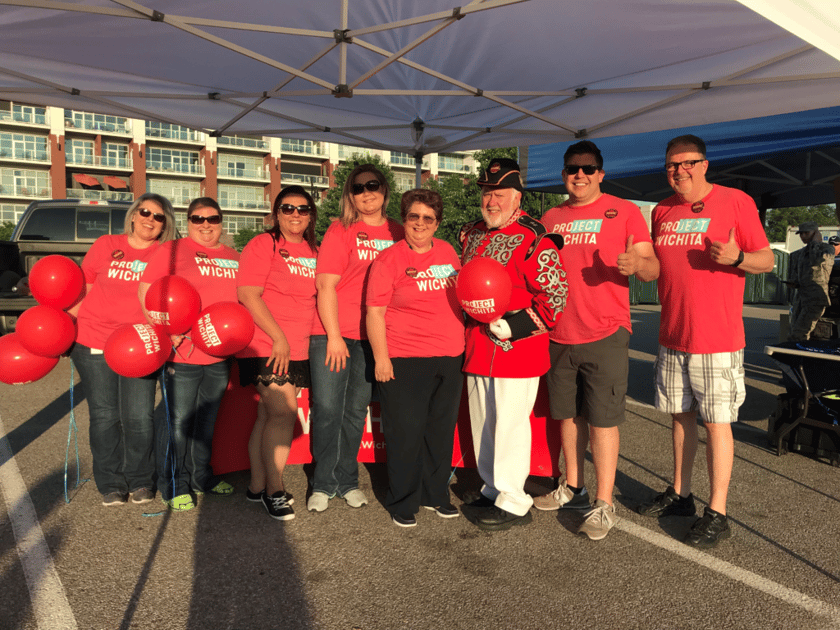 For its leadership, Wichita was awarded the 2019 Voice of the People Award for Transformation in Community Engagement. This is the only national award that honors local governments based on feedback from residents. The award is presented by Polco / National Research Center (NRC) and the International City & County Management Association (ICMA). This award acknowledges local governments that make significant improvements on The NCS ratings and that take the best actions on behalf of their communities. 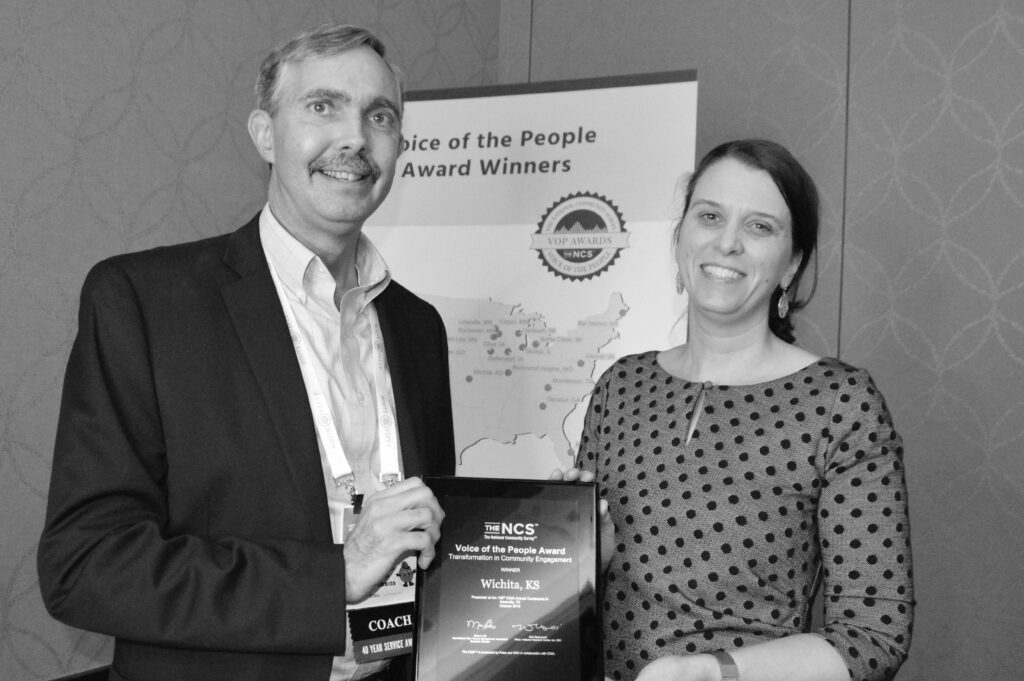 Taking a diverse approach to communication is one key strategy that the City of Wichita uses to reach its residents.

The City manages and maintains more than 35 avenues of direct social media communication, allows residents to sign up for curated email lists based on their interests, and hosts numerous focus groups and advisory boards.

Additionally, the City uses its Neighborhood Resource Centers and Neighborhood Associations as key listening points for residents whose voices may otherwise go unheard.

On a more innovative front, the City has introduced pop-up events that bring the content of an open house to the public. The City, too, has a monthly walk with the mayor, public breakfasts with the City Council, and a monthly public television call-in show with the mayor.

Wichita also includes community engagement in its long term planning. Using a “listen, focus, share” three-step process, more than 14,000 residents contributed their voices to produce a regional vision and action plan for the next 10 years. 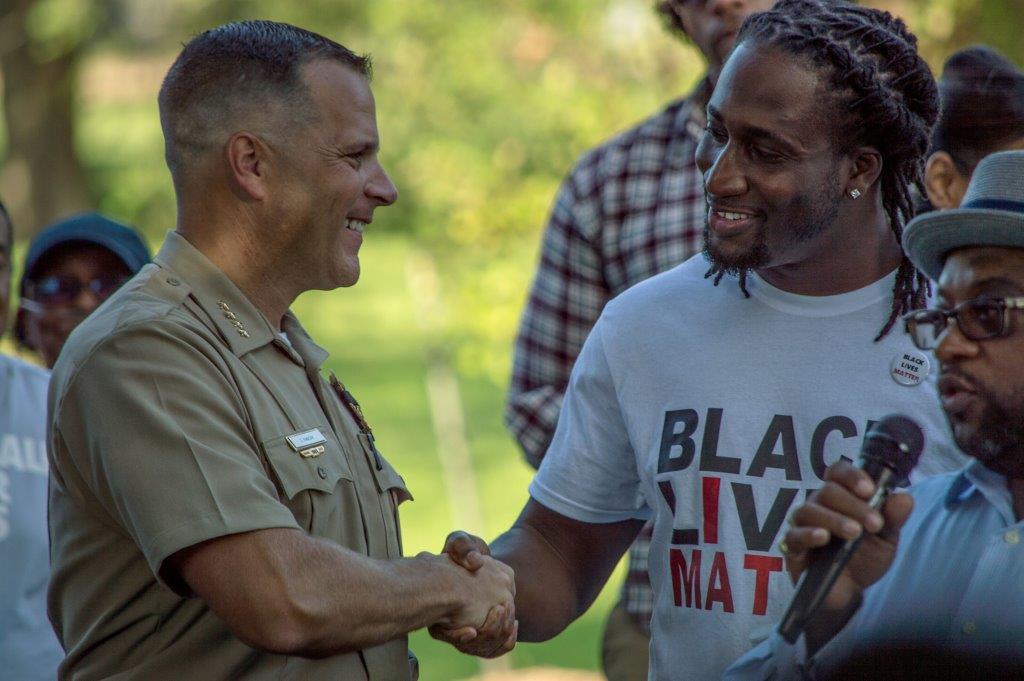 The City and its police department have been active in engaging historically disenfranchised voices. They partner with local Black Lives Matter organizers to discuss race and equity through a “Candid Conversations” storytelling program and a “First Steps Cookout.”

In recognizing that conversation without action erodes trust, the City uses community engagement as it plans for the budget and capital improvements.

The City uses data from neighborhoods to help strengthen public infrastructure, real estate conditions, and social capital in neighborhoods that need it most.

“These improvements will not only improve the quality of life in Wichita, but will stand as evidence of the willingness of the City of Wichita to have difficult conversations with the community about equity and race,” Goltry Wadle said.