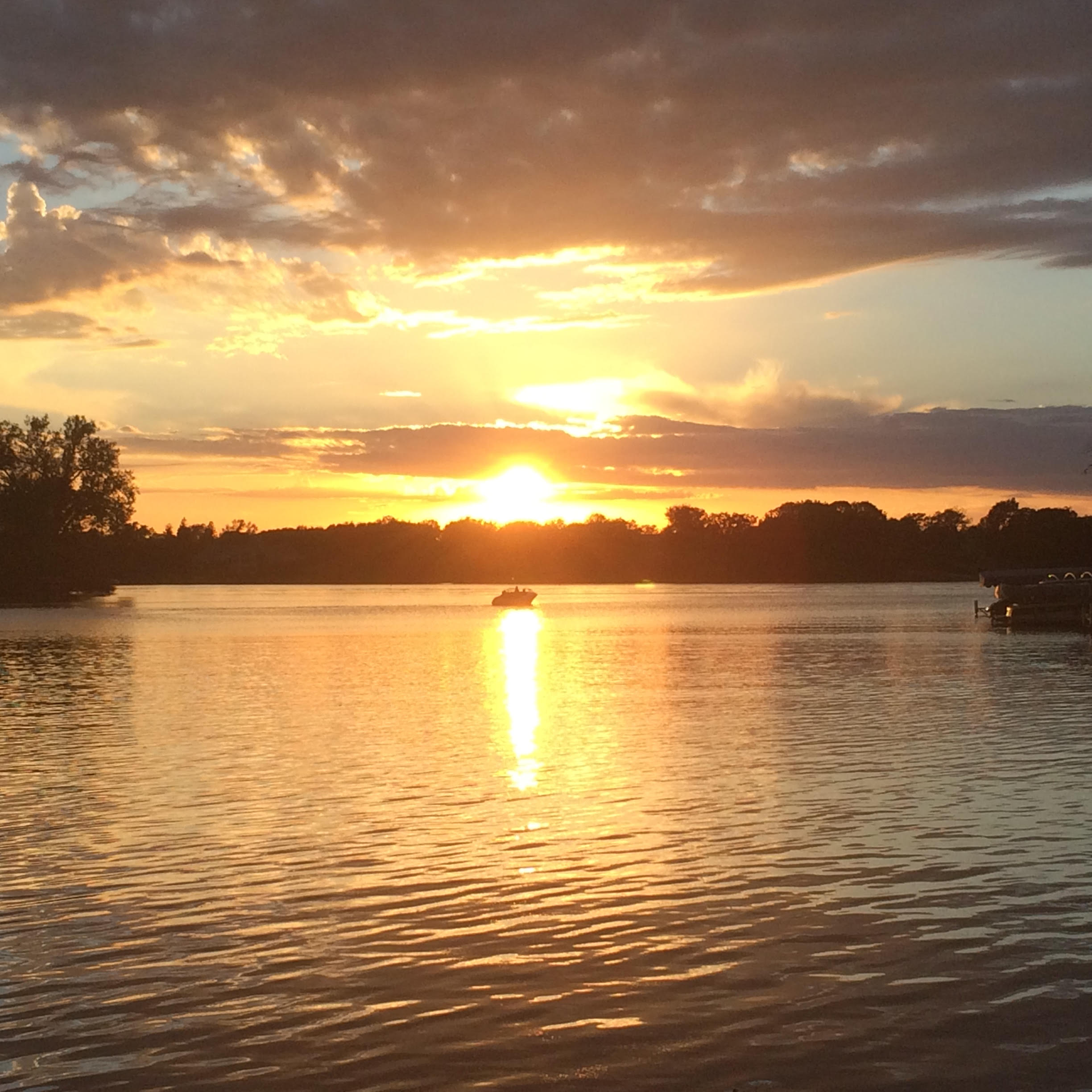 Albert Lea, Minnesota has long had multiple walking and biking trail options. And with two lakes in the middle of a city that only spans six miles, “commuting to work by bike is a beautiful thing to do in Albert Lea,” said Assistant City Manager Jerry Gabrielatos.

Despite this, residents weren’t always hitting the trails according to 2015 The National Community Survey (The NCS) data.

With the health of the planet and their community members in mind, City leaders began a mission to get more people to walk, bike, or take public transportation.

Data show that the City’s efforts are paying off. Albert Lea regularly conducts The NCS to gather feedback from community members. Residents feel bicycle and public transportation has significantly improved between 2015 and 2018 according to The NCS. Traffic flow has improved as a result.

“Albert Lea was able to put their data from The NCS into action, improving the quality of life for its residents,” said Damema Mann, Director of National Engagement for Polco / National Research Center (NRC). 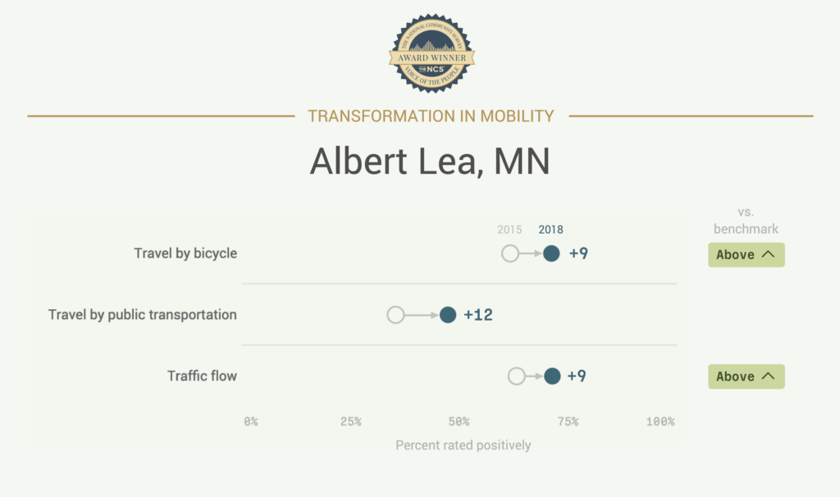 For its efforts, Albert Lea was awarded the 2019 Voice of the People award in Transformation of Mobility. This is the only national award that honors local governments based on feedback from residents. The award is presented by Polco / National Research Center (NRC) and the International City & County Management Association (ICMA). This award acknowledges local governments that make significant improvements on The NCS ratings and that take the best actions on behalf of their communities.

One of the biggest influences on Albert Lea’s transformation was its decision to become one of only a few Blue Zone Demonstration Communities in the United States.

According to its website, “The Blue Zones Project is a community-wide well-being improvement initiative to help make healthy choices easier for everyone in the community.”

The Blue Zones Project helped Albert Lea in every phase of its community-wide transformation, from planning to implementation to evaluation. Improving biking, walking, and public transportation use is one component of the overall project.

In addition to seeking support from the Blue Zones Project, Albert Lea’s leaders knew they had to invest in infrastructure and partnerships to make alternative transportation easier.

They partnered with the local transit agency Southern Minnesota Area Rural Transit (SMART) and invested $1.26 million to make the city even more bike and pedestrian-friendly.

But, City leaders knew that just having good infrastructure to get around doesn’t necessarily mean people will use it. So they partnered with the Blue Zones Project on an innovative outreach campaign.

“In short, the goal is for more people to know what we’re doing by increasing the frequency and channels through which we communicate,” said Assistant City Manager Jerry Gabrielatos.

As part of that campaign, the City installed signs around town to let people know how long it takes to bike or walk to other popular destinations. Residents can scan a QR code on each sign to indicate that they walked or cycled to the listed destination.

This information is posted on a website in order to celebrate community members’ good choices as well as to make it easier to apply for grants. 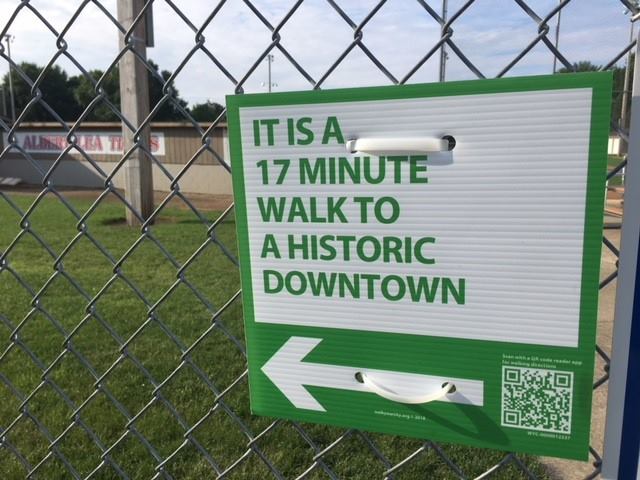 In addition to the signs and website, the City has also launched a “Walk and Bike Albert Lea” website. City leaders actively promote biking, walking, and public transportation on social media and through newspaper guest columns.

Last, the City has recently begun to partner with residents to think about better ways to use space, such as downtown parking lots, given increased alternative methods of commuting.