Celebrating The Tenth Annual Voice of the People Awards 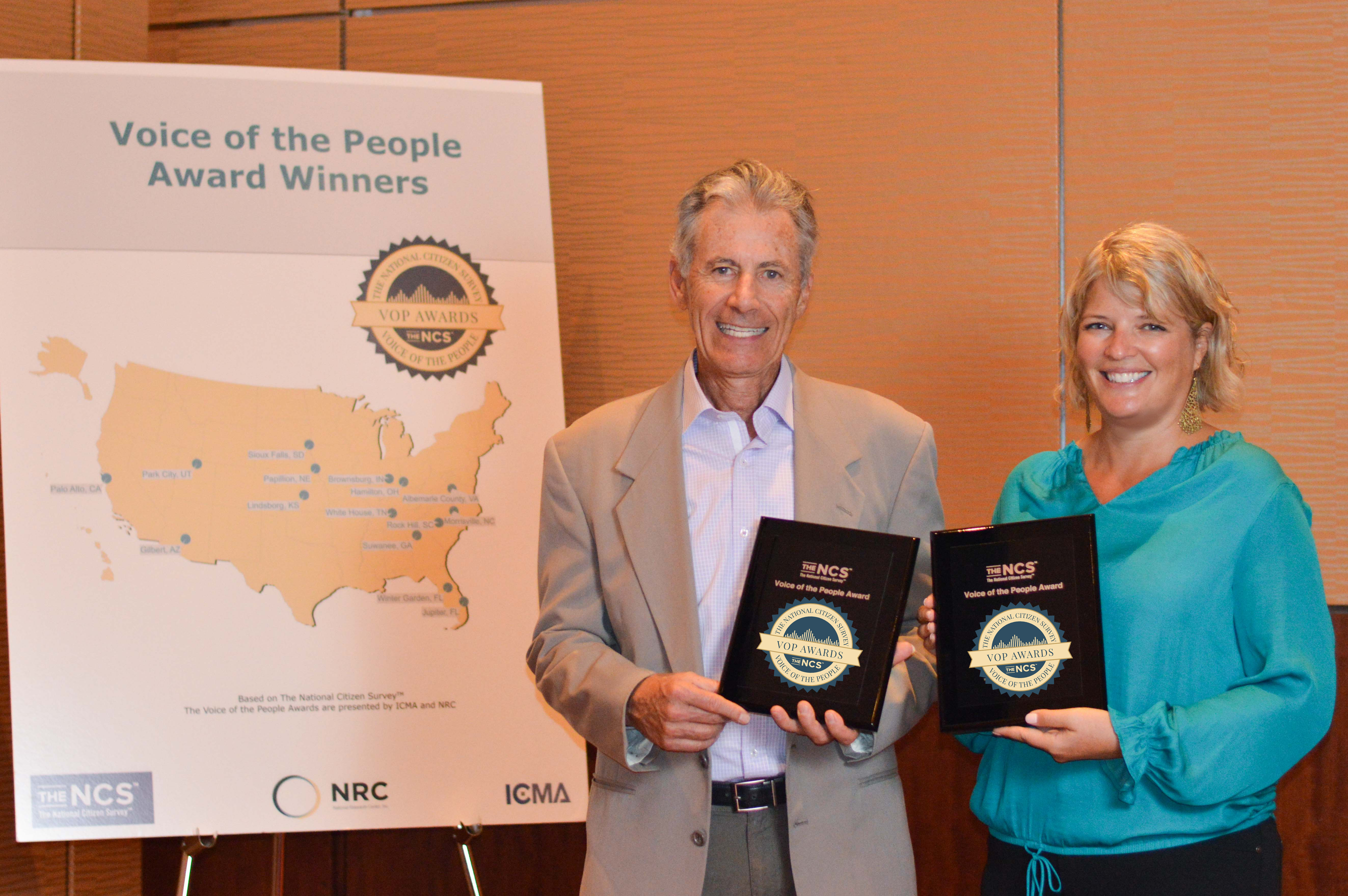 This year, National Research Center, Inc. (NRC) is celebrating the tenth annual Voice of the People (VOP) Awards in collaboration with the International City/County Management Association (ICMA). Rolling into the next decade of presenting these awards, NRC and ICMA are excited to continue a legacy of honoring cities, counties and towns that best listen and act for the benefit of their residents.

The VOP Awards are given to local governments based on the opinions of their residents. The only national accolades of their kind, these awards showcase municipalities that display a commitment to using survey data to move their communities forward. Nominated by the results of The National Citizen Survey TM (The NCSTM) - NRC’s flagship, benchmarking community survey - these awards are presented to winners at the annual ICMA conference.

NRC President and CEO Tom Miller is happy to see winning jurisdictions recognized for their efforts over the years. “It is vastly gratifying to see our clients’ pride expand, as it should, from winning the only award for local governments based on the perceptions of the residents those governments serve,” Miller said.

"We are so proud to present these awards for the tenth year," said survey researcher Damema Mann, who has administered The NCS since its beginning. "It's great to see local governments doing amazing things with their data and really making a difference in their residents' lives."

Over the past ten years, NRC and ICMA have allocated over 150 individual VOP awards.  The winners and finalists have come from across the United States: from Honolulu, Hawaii to Brookline, Massachusetts and dozens of jurisdictions in between. The awards do more than just recognize great places to live; they also highlight the best practices that lead to residents rating their community services so highly.

“We designed the VOP Awards because we felt that jurisdictions doing the right things in the eyes of their residents deserved to be recognized,” Miller said.

By spotlighting best practices of award-winning jurisdictions, the VOP Awards serve as examples for other local governments around the country. These observations of excellence in public administration are tools for city managers, council members, and other members of city leadership; other jurisdictions can apply similar techniques to their own communities.

What Are the VOP Awards?

The VOP Awards are given for a range of community characteristics. They are categorized into nine facets of livability: 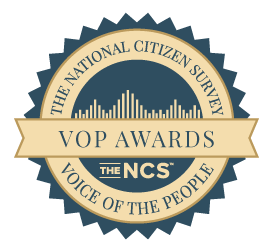 This year, the VOP Awards were presented in Baltimore, Maryland at the ICMA Annual Conference. Follow us throughout the month of October to see announcements of each of the 2018 Voice of the People Awards Winners and Finalists!