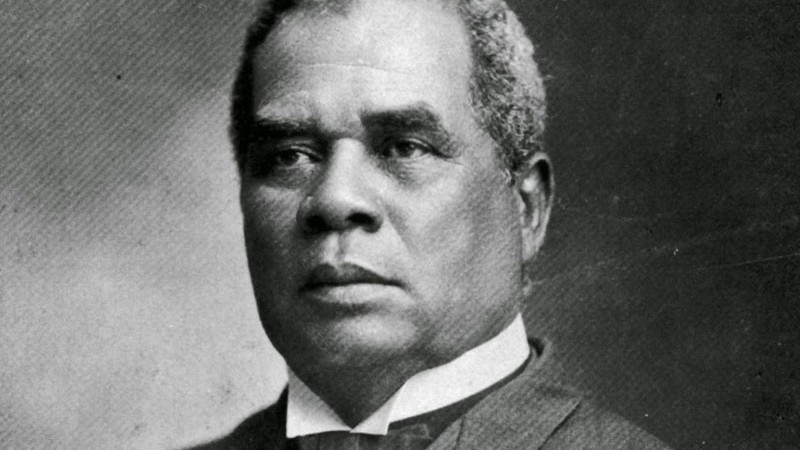 Pierre Caliste Landry did more in his 80 years than most could accomplish in 10 lifetimes. Born into slavery, Landry worked hard and hustled to greater heights. Landry was born in 1841 in Ascension Parish, Louisiana, a name that predicted his own rise from a slave to The United States' first Black mayor.

His mother, Marcelite, was an enslaved cook. His father, Roseman, was a white laborer. Landry was sent to live with Pierre and Zaides Bouissiac, a free Black family, and attended school for free children though he was not free. Landry was later auctioned off for $1,665 when he was only 13 years old.

Landry was sold to a wealthy sugar planter, Marius St. Colombe Bringier, and continued his education on the plantation. Plantation schools were informally run by family members and other slaves in pursuit of education. Sometimes slave owners with religious motivations taught their own slaves to read the Bible. Some taught literacy for work purposes such as bookkeeping.

Though Landry was a slave, he had earned unique privileges in leadership roles. He was appointed superintendent of the yard and maintained the Briniger’s 35,000 acres. He later partnered with the plantation’s head butler, and together they ran a store where they sold handmade candy and crafts. He also apprenticed under the plantation's head white carpenter.

Landry was freed by the 13th Amendment and then moved to live in the Black community of Donaldsonville. It was around this time he changed his birth name, Caliste, to Pierre, the name of the free black man he lived with as a child. Within his first two years of freedom, Landry built multiple schools, opened a store, and was the first former slave to build his own home. With so much momentum, it isn’t surprising that Landry was a notable Donaldsonville community leader. Residents elected him mayor in 1868.

After serving as mayor for one year, Landry never stopped moving and motivating. According to an article in blackpast.org, Landry also served as Donadsville’s Justice of the Peace and was the superintendent and member of the Ascension Parish school board. In 1870, he was elected president of the Ascension Parish’s police jury, then was appointed Donaldsonville’s tax collector. Two years later, President Ulysses S. Grant appointed Landry as postmaster. He was then elected to the Louisiana House of Representatives. Landry also founded New Orleans University, the third Black university in the area, now known as Dillard University.

But that’s not all. Landry became a State Senator of Louisiana in 1874, where he served one term. In 1879, he was elected to represent Donaldsonville as State Constitutional Convention delegate. Landry was also a methodist minister for 50 years and even managed to work as a private attorney for 12 years.

Landry’s remarkable life is one of triumph and perseverance. He broke down barriers and paved the way for all the Black leaders who would come after him. His endless contributions left a lasting imprint on Donaldsonville and the rest of The United States.