Seven #CityHallSelfie Ideas to Make 2019 the Best Year Yet 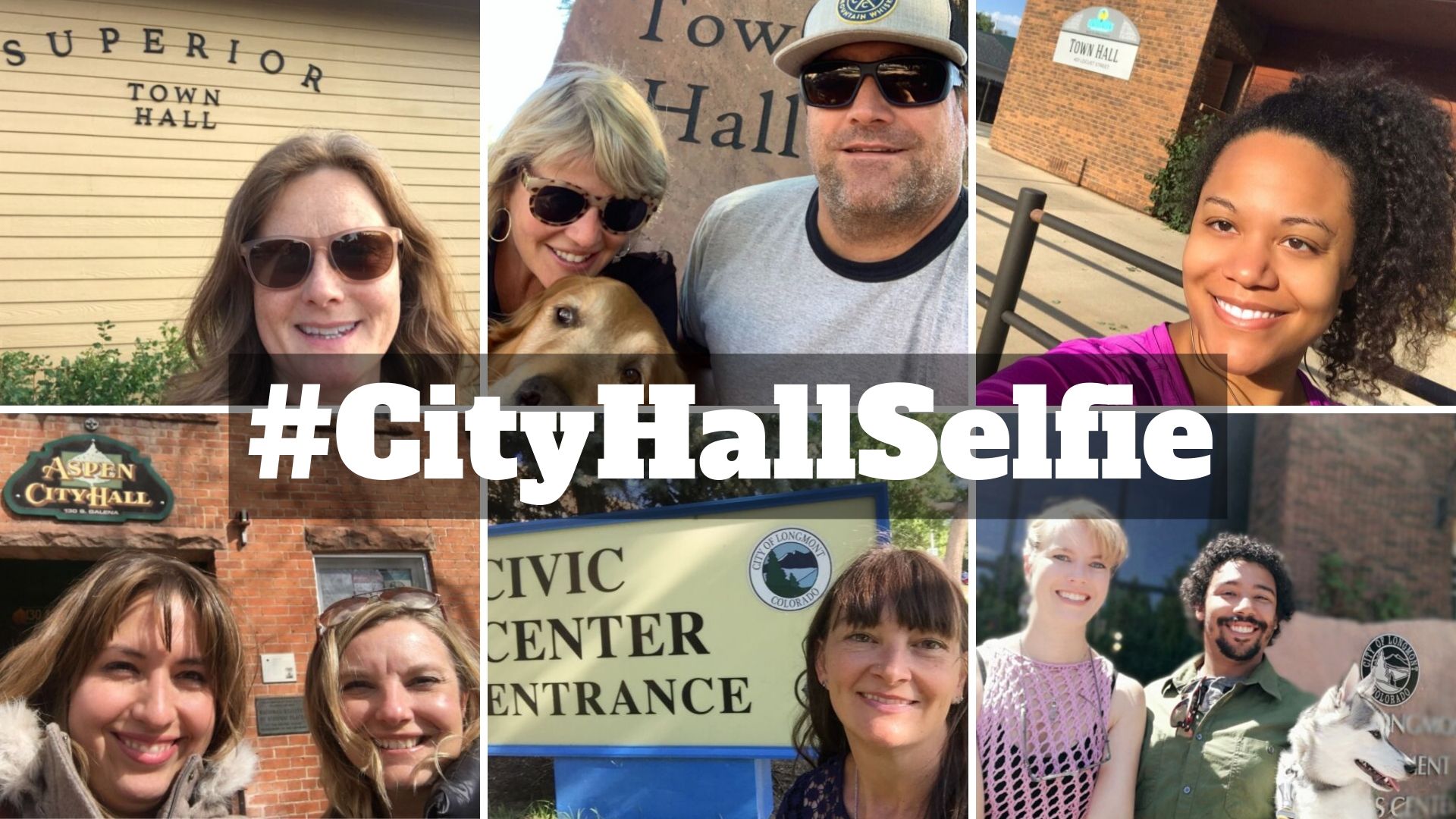 It might not be your traditional selfie backdrop. Still, Engaging Local Government Leaders’ (ELGL) fourth annual #CityHallSelfie Day is sure to inspire some fabulous photos in front of government buildings around the globe.

During this unofficial hashtag holiday, residents and city staff in the United States and beyond come together at a city hall or government services building – such as a police station, library, county building, etc. – to snap a selfie. Those images are then posted on social media with the hashtag #CityHallSelfie as a show of support of local government services.

With public trust in government nearing historic lows (Pew Research Center), local government leaders and the people whose lives they strive daily to improve can sometimes feel disconnected. That's where #CityHallSelfie Day comes in. The purpose of the event is to show pride in local government, whether you're a staff member, an elected leader, or an engaged community member.

So grab your selfie stick, fire up your drone, stretch your selfie-taking arm, and check out these tips to capture a memorable #CityHallSelfie on August 15.

Flash some sass for a classic glamour shot. Or get creative with your photo! Check out this super fun and classic play on perspective from the City of Battle Creek, MI.

Though not technically a selfie, this stunning photo feature the building's best angles.

Happy #CityHallSelfie Day! 📸 Our current City Hall was built in 1976. Next year we'll officially be saying farewell 👋🏼 to this building after being based here for more than four decades. #LongBeachCivicCenter pic.twitter.com/Bf43RZ4Mv0

2. You Plus Your Pet

Who doesn't love a cute photo of you cuddling up with your fur baby? Take Fido for a stroll past City Hall, and pose for the purr-fect picture.

A selfie of a selfie within a selfie. So many layers of local government pride! Bonus points for the matching t-shirts in this photo from Litchfield Park, AZ.

A picture is worth a thousand words, and a video is worth a million. Tell your #CityHallSelfie Day story with a video, like this awesome promotional video from the City of Fontana, CA.

No time to say hello, no time to say goodbye, don't let this City Hall Selfie Day Party pass you by! Join your community members in front of City Hall between 7:30 am and 11 am on Aug 15 for a morning of selfies, coffee & donuts. Info: https://t.co/WW2DHb4Fw7 #CityHallSelfieDay pic.twitter.com/z9It1GKBNL

Since the day is about spreading the love of #LocalGov, strike a pose with some public servants – furry  or otherwise!

Thank you @sbcsdk9dare for stopping by for #CityHallSelfie Day! 🐶 One of our favorite selfies of the day! @elgl50 @RanchoPD pic.twitter.com/J2aeHTqIzu

#CityHallSelfie day is next Thursday — come out to any City facility, snap a picture, and tag us so we can reshare it! 🏛️🤳 pic.twitter.com/VxEIVmqsEF

Is there a spirit that represents your community? Dress up in your city's signature style, like these groovy ladies from Woodstock, GA.

Georgia, #CityHallSelfie Day is THIS THURSDAY! Need some inspiration? Check out some of the #GaCities photos from last year.

Let us know how you plan to participate! https://t.co/CKCKBREC5K pic.twitter.com/8Q5abjFPwV

Even Sasquatch wants a piece of the #CityHallSelfie Day action!

7. The More the Merrier!

What's more fun than you posing for a #CityHallSelfie? Posing with all your friends!