For almost ten years, National Research Center, Inc. has supported faculty and student research by providing at no charge aggregated sets of jurisdiction data (no results of individual jurisdictions are published or shared) from The National Citizen Survey™. Our database of over 500,000 individual residents’ opinions represents a rich bank of ore for scholars willing to dig in. In the spirit of uncovering important lessons from research, we are posting the latest research from a new Ph.D., Sebawit Bishu, from the University of Colorado, Denver.

Dr. Bishu did her own data collection, relying on in-depth interviews of men and women who hold the position of Chief Administrative Officer in Florida jurisdictions. She was motivated by existing research showing that “women leak through the pipeline as we move from the Assistant to the CAO position to the Assistant/Deputy CAO position at 37.8 percent and following that to the CAO position at 15.6 percent.”  In her interviews, Dr. Bishu sought to uncover “systemic discriminatory practices and unconscious biases [that] shape the paucity of women in senior executive and leadership positions in the workforce (Sabharwal, 2015).”

The research suggests a few fundamental reasons for the decline of women in the highest manager position compared to positions farther down the management stream. Compared to the men she interviewed, the women in local government more often were the primary family caregivers as well as leaders in the workforce.  The need to navigate both home and work responsibilities meant that the women administrators had to seek jobs that permitted more flexibility than would be available in most CAO jobs. Furthermore, their husbands were the primary breadwinners so moving the family to advance the careers of the female CAOs was much more difficult. 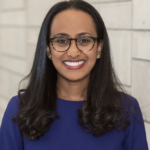 Sebawit G. Bishu is an assistant professor at the University of Colorado Denver, School of Public Affairs (SPA). Her research interests are on equal employment opportunity and diversity issues in human resource management in the public sector, gender and representation in public organizations and social justice and equity issues in urban transformation.

As of 2017, women represent 15.6 percent of the total Chief Administrative Officer (CAO) membership of the International City/County Management Association (ICMA, Web Page). Moreover, 61% of local jurisdictions across the United States have never had female administrators (ICMA, 2014). Compared to women’s presentation at the highest appointed administrative position in the federal government (Senior Executive Services) at 34 percent, female CAOs are severely underrepresented in local government leadership. ICMA membership data shows gender parity at the Assistant to the CAO position at 53 percent. Nevertheless, it appears that women leak through the pipeline as we move from the Assistant to the CAO position to the Assistant/Deputy CASO position at 37.8 percent and following that at the CAO position at 15.6 percent. CAOs in the council-manager form of government are appointed by elected officials to oversee the day-to-day administrative operations of local governments including human resource, budget, and policy oversight. While there are several factors that espouse the underrepresentation of women in senior executive and leadership positions both in the private and the public sectors, this article highlights findings from a research that traces factors that shape career choices of male and female CAOs in local governments in the United States. By doing so, the study intends to uncover the enabling factors that help stop the leaky pipeline for female CAOs that make it to the top.

The Leaky Pipeline
The leaky pipeline metaphor helps explain women leaking out of the career ladder as they climb up organizational hierarchies (Bishu and Alkadty, 2016 and Zeng, 2011). Prior studies that investigate the leaky pipeline metaphor identify that systemic discriminatory practices and unconscious biases shape the paucity of women in senior executive and leadership positions in the workforce (Sabharwal, 2015). Using qualitative research method, this study utilized in-depth interview data with 20 male and female CAOs from the state of Florida. The study aimed to understand gender differences in career choices and the factors that shape career related decisions of male and female CAOs. It was designed with the intention to understand factors that shape career decisions of male and female CAOs that are currently in local government leadership positions. While the study is conducted with the intention to identify gender differences in career paths and choices, it also distinguishes factors that appear to help stop the leaky pipeline for female CAOs that make it to the top.

The Study Population
Interview data for this study was collected from 20 male and female CAOs that are currently leading local governments in the state of Florida. Of the 20 CAOs that participated in the study 12 were male and 8 were female. Table 1 below provides a summary of characteristics of the study population. During the one-to-one interviews, participants were asked to provide information about their career paths and the factors that shaped their career related decisions that lead to their current role as a CAO.

Gender Role Socialization
Interview data showed clear gender differences in the factors that shaped CAOs career related decisions. First, in comparison to male CAOs, the study finds that gendered economic and household roles shape career related decisions of female CAOs. Clear gender differences are observable in two areas of household roles and responsibilities. First, the data shows differences in male and female CAOs’ economic roles at home. It indicates that all married male CAOs that participated in the study are primary breadwinners in their families. In contrast, all female CAOs, except for two, are secondary or co-breadwinners in their families. Of the 12 male CAOs that participated, 8 have spouses that stay at home to provide care to their families. Two male CAOs have spouses that are engaged in the workforce and the other two do not have care giving responsibilities. In contrast, all participating female CAOs, except for one, have spouses that are fully engaged in the workforce. In addition, all female CAOs that participated in the study are primary care caregivers to their families.

Barriers
Results from this study underscore two dominant issues that shape the career paths and choices of female CAOs. It reports that female CAOs bear unequal burden of family-related responsibilities while playing executive roles in their organizations. Qualitative interview data show that all female CAOs that participated in the study are primary care givers to their families, while their male counterparts appear to have the support of their spouses as primary care givers. Beyond the day-to-day responsibilities of care giving, by nature the CAO roles and responsibilities pose significant challenge to anyone that plays this role. Hence, making it even more difficult for women that navigate the dual role of care giving and fully engaging at work. Besides challenges of playing dual roles at home and at work, the secondary bread winning role that most female CAOs in the study assume has a direct implication on choices they make related to their careers. Female CAOs in the study report that because of this role, they are limited to geographic locations where their spouses pursue their careers. This is a critical barrier to female CAOs’ career advancement because, the CAO profession calls for flexibility in seeking opportunities in other geographic locations. Hence, for women that are secondary bread winners in their families, career opportunities become even more limited.

Navigating the Barriers
This study finds that in the efforts to navigate dual roles at home and at work, female CAOs make choices in their personal lives and related to their careers. The study finds that female CAOs make choices to delay forming a family or having children and are selective to career opportunities that allow them to play dual roles at home and at work. The study also reports that in the effort to navigate dual roles, female CAOs stay in geographic locations where they can receive support from others including family members and friends. Finally, it finds that most women that make it to the CAO position appear to take within the organization promotion routes. Hence, leveraging opportunities that allow them to navigate their roles at home and at work.

Left Behind and Future Trends
Finally, this study uncovers the barriers that female CAOs face while navigating career choices. It also identifies specific factors that appear to help stop the leaky pipeline for women that make it to the top. The study mainly highlights how gendered social roles shape the lived experiences of women at home and at work. Women that become CAO find themselves in a position where they have to make choices that impact their personal lives, such as delaying having a family or pursuing career opportunities in geographic areas where they are able to receive help from their social support network. Women also seem to position themselves in organizations where they can pursue promotion opportunities. The overarching message of the findings from this study is that, the path to the CAO position is met by several obstacles that appear to leak out women from getting to the CAO position. Hence, only women that are able to navigate the obstacles they face are able to get to the end.