Will We Start Policing the Police? Justice Department Launches Probe in Minneapolis 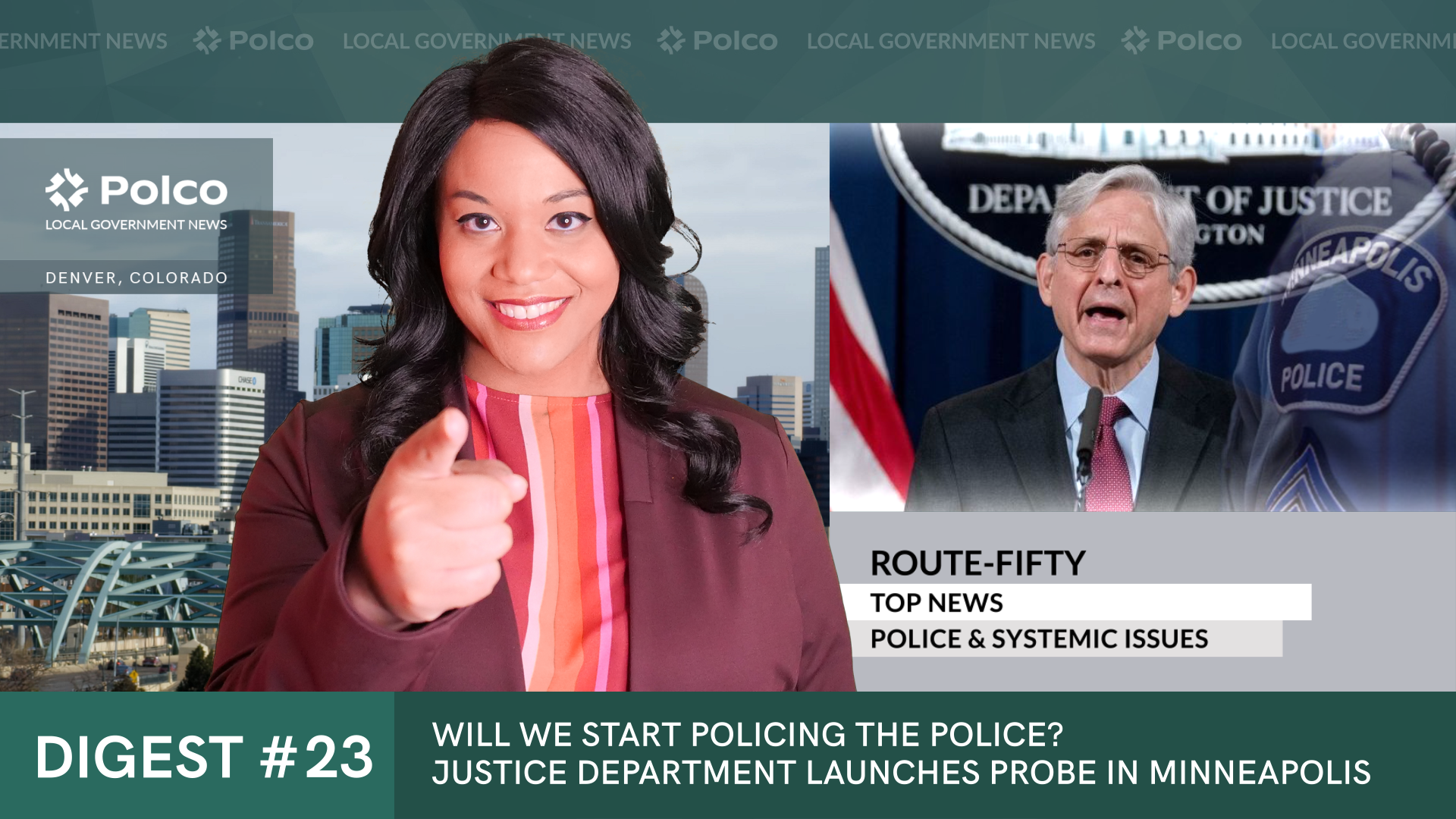 -The Polco Minute with Angelica Wedell-

Come to the Polco Minute for all the best news in local government.

In this week’s first episode, you’ll hear why experts say the Department of Justice is back in the business of policing the police. Next, travel to Plymouth, Minnesota to learn how police transparency promotes confidence in the community.

In the second episode, you’ll visit Edmond, Oklahoma to learn how they save time and eliminate silos while maximizing engagement. Next, we’ll talk about YouTube and why local governments should consider having their own channel.

-By Andrea Noble with RouteFifty-

The Justice Department is back in the business of policing the police. That’s the message law enforcement experts said Attorney General Merrick Garland sent with the announcement that the DOJ would investigate whether the Minneapolis Police Department has violated residents’ civil rights through unconstitutional policing practices. Read more.

How Can Local Governments Save Time and Eliminate Silos While Maximizing Engagement?

The City of Edmond, Oklahoma is a fast-growing suburb of Oklahoma City. With growth comes great potential and the possibility of growing pains. Leaders wanted residents to help shape the future of the City, but they weren’t always sure they were hearing from all but the loudest residents.

Community residents want access to accurate information. However, according to data from National Research Center at Polco, only approximately 20% of US residents have ever attended a public meeting in person. That’s because most people prefer to watch a public meeting online than physically attend one. Many barriers keep the average resident from participating in person. So, the local government must help make information more accessible to everyone. Online video platforms, such as YouTube, are a perfect solution.