American relief fund disagreements have left millions of untouched ARPA dollars waiting to be put to use. Local governments need accurate data and community input to justify their expenditures and avoid potential conflicts.

“In many cases, the money has become an unusually public and contentious marker of what matters most to a place,” Deborah Solomon writes in the NYT article.

Surveys enable governments to back up spending decisions by understanding resident sentiment. Polco’s ARPA Engagement Package collects community members' opinions on needs and priorities, so local governments can allocate funds where relief is most necessary. The package also includes equity-focused dashboards organized by demographics like race and ethnicity, age, and income level.

Resident data and equity metrics allow governments to act with assurance. These insights were particularly useful at the start of the stimulus rollout, when many state and local governments were hesitant to use recovery dollars. They were waiting for final guidelines from the Treasury Department, which took effect on April 1.  And many municipalities were concerned about potential clawbacks. One bill proposed rescinding $7 billion from 30 states to pay for a new Covid relief package. But the latest bipartisan proposal keeps those state and local ARPA dollars where they are.

Officials in Largo, Florida, and Lewis County, Washington, evaded worry over the final ruling and clawbacks at the time. They used Polco’s ARPA survey as a thoughtful and deliberate spending tool.

Results for Largo and Lewis County revealed the economy, utilities, broadband, and behavioral health services as most important to residents. Largo officials took their survey data further and presented the ARPA package results to 35 non-profit representatives, civic groups, and other city leaders. They wanted more qualitative information to back up the quantitative survey report.

“There was a lot of validation from what we saw on the survey,” said Largo Community Engagement Administrator Julianne Perez. 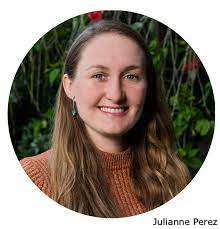 Largo received $12.9 million in relief. They earmarked dollars for broader projects like mental health and community-led grants. Some stimulus will support popular public facilities that lost money during Covid. Other funds are going toward efforts to expand internet access, job training partnerships, affordable housing, and more.

Lewis County is still in the planning phase, but they know some funds will go to aging water utilities and health services. They already spent $2 million of their $16 million on public facility repairs and hiring maintenance workers.

Treasury guidelines say governments must obligate funds by 2024 and use them by 2026.  Municipalities have to include residents in the planning process. And governments must also spend funds equitably and in a way that represents the entire community. The problem is many cities' community outreach has low statistical validity, is non-inclusive, or does not meet the Treasury Department’s rigorous standards.

“Our team saw these same struggles with recovery funds during the Great Recession,” said Polco CEO Nick Mastronardi. “That's why we closely followed guidelines from Treasury and Transportation on the development of the ARPA Engagement Package to ensure the public input, needs assessment, program evaluation, equity dashboards, and reports will meet their mark.”

“We’ve been very deliberate and very cautious about how we are spending those funds,” said Lewis County Budget Manager Becky Butler. “Every project is evaluated, and we refer to the ARPA guidelines daily. We feel confident in the decisions that we are going to make.”

The Treasury Department also requires governments to report the impact of their spending. To do so, Largo officials plan on resurveying in the future.

“The Polco survey is a very broad and big picture, but if you can show you’re moving the needle a little bit on something with a data point, that is one variable that can be used in those reporting requirements," Perez said.

Resident surveys allow local governments to act on ARPA spending swiftly and without fear. They can reduce conflicts within their community and internally. Simultaneously, surveys satisfy Treasury requirements. When backed by data, governments work more efficiently and make wiser decisions.

The ARPA Engagement Package is a survey that lets governments better leverage ARPA dollars based on community input. The detailed assessment equips officials with rigorous reporting that backs up spending decisions and allows them to align relief with residents’ needs. The survey simultaneously fulfills Treasury guidelines that require resident involvement and equitable expenditures.

What Can Dogs Teach Us About Team Leadership?