Within one short year the City of Rochester, Minnesota elected its first female mayor and a new council. And the City is growing in population and diversity. Clearly there are a lot of changes going on.

But, of all the changes, perhaps the biggest is how the City interacts with its residents.

With so much transformation, City leaders recognize the need to develop a powerful communication and engagement strategy. In order to set up for success, the City turned to Polco, an online civic engagement platform that uses surveys and polls to get feedback from residents.

“We need new and diverse ways to engage our residents, increase transparency in local government and create a more equitable community,” said Jenna Bowman, Communications and Engagement Manager for the City of Rochester. “The intent is to provide Polco as a first step along this continuum of engagement,” she added.

Rochester’s efforts have hugely increased the City’s connection to its residents.

“One of the things so impressive about Rochester’s resident engagement is the breadth of topics the City engages with residents on: transit, parks, overall satisfaction, housing, hiring of new key City officials,” said Nick Mastronardi, founder and CEO of Polco.

“This sort of engagement attracts residents from a variety of pockets throughout the community via each issue, and then exposes them to topics that may not have been on their radar before. This consequently generates participation from a greater representative group of residents on all topics. It’s been impressive and inspiring: a role model of communications and engagement for communities across the country,” Mastronardi added.

Because of this success, the City has been recognized with a Voice of the People (VOP) Award  for Online Community Engagement. This is the only national award that honors local governments based solely on engagement with residents. The VOP Awards are presented by Polco/National Research Center/Polco and the International City/County Management Association (ICMA). 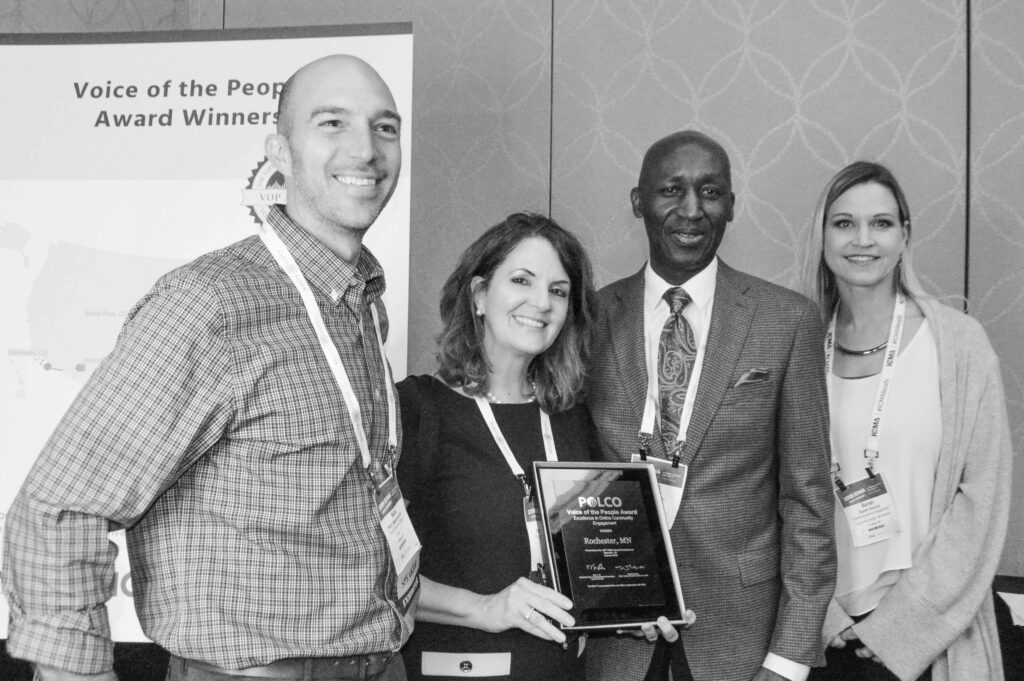 Online polling helps Rochester to reach more people than traditional methods of gathering feedback. So much so that a national engineering firm, hired by Rochester to complete a bike trail, tapped into the City’s new feedback methods for their own planning.

“We received a substantially higher response rate using the City’s Polco survey than previous approaches used,” said Joni Giese, Principal with SRF Consulting. “In addition, the survey comments allowed us to gain a deeper understanding of respondents’ desires and concerns.”

Polco allows local governments to create a following of subscribers that can respond to polls and surveys whenever they post new questions. As of April 2020, Rochester’s Polco page has nearly 2000 subscribers, and that impressive amount is still growing. The City uses various methods to increase and retain subscribers, such as advertising on Rochester’s Facebook page and posting new polls several times a month.

Topics include access to groceries, transportation preferences, and road conditions. The City uses a variety of types of questions, including multiple choice and open-ended questions.

While multiple choice questions help the city to weigh out specific options, open-ended survey results further inform and guide City decisions and programming. For example, when asked what improvements they would like to see in their community, 16% of respondents wrote in “affordable housing.” This response helps Rochester leaders know what they should focus on. 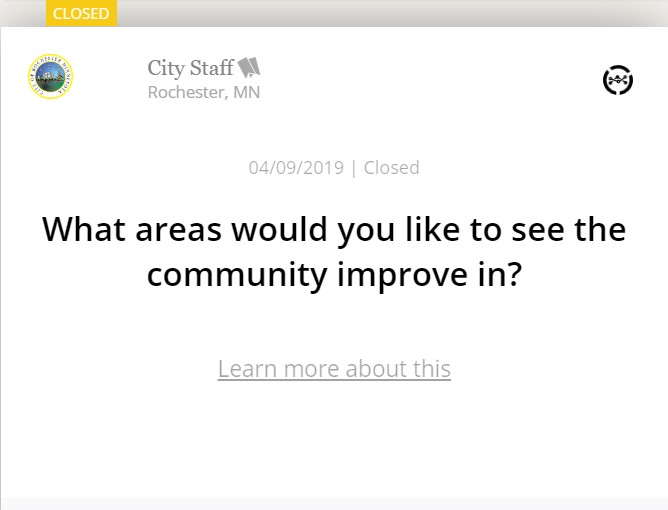 Looking Towards The Future

Rochester plans to continue growing its connection with residents. The City will share surveys with people through social media, presentations, and community events. City leaders will also reach out to populations that have historically not engaged as much with Rochester.

“The adoption and use of Polco represents how the City of Rochester is creating a diverse toolkit of ways to communicate and engage with the community,” Bowman said. “We are mindful that Polco is not the only way to connect with the community, but that it will continue to provide us a platform to receive feedback from a broader sampling of the community.” 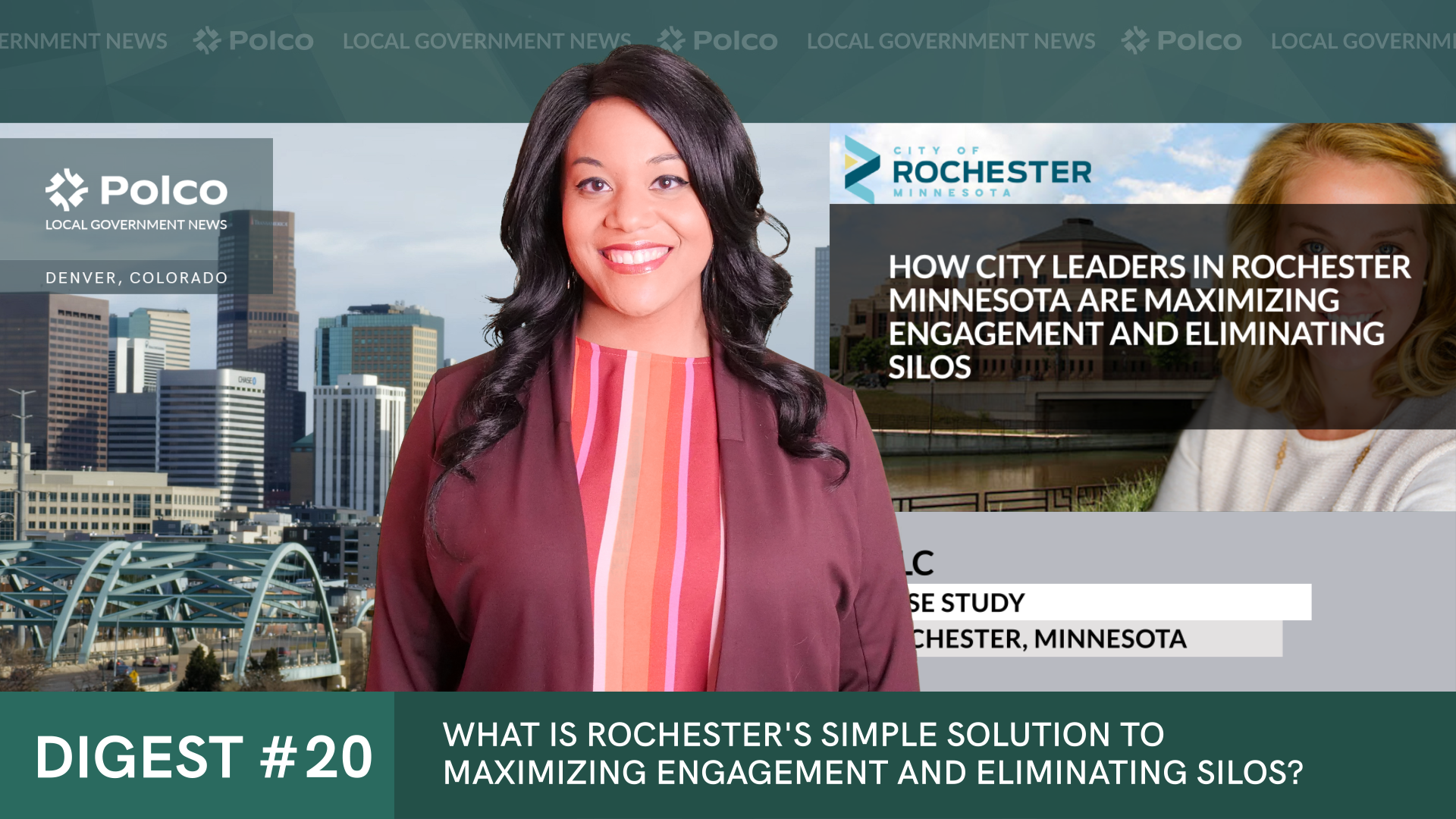 What Is Rochester's Simple Solution To Maximizing Engagement & Eliminating Silos? 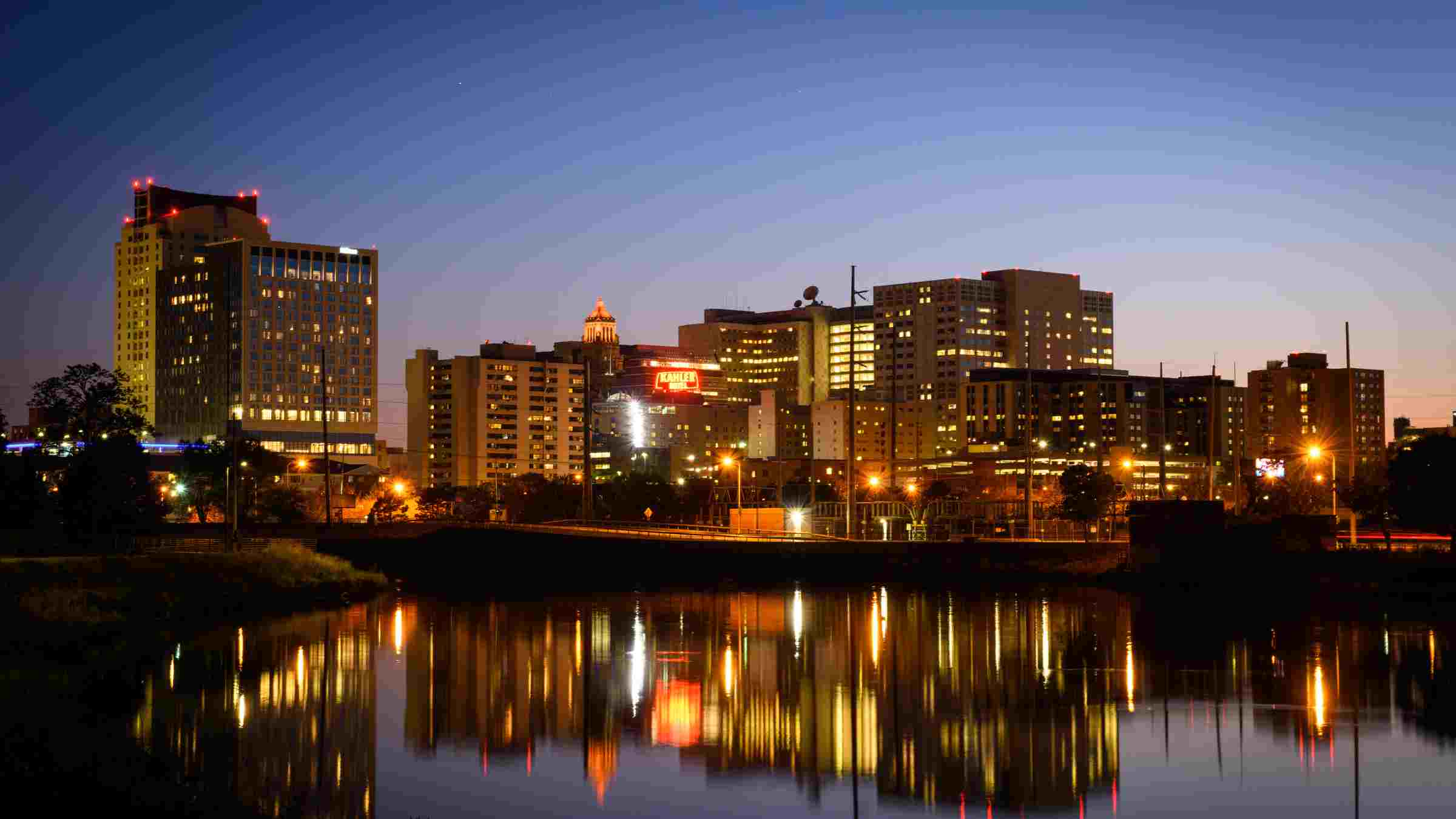